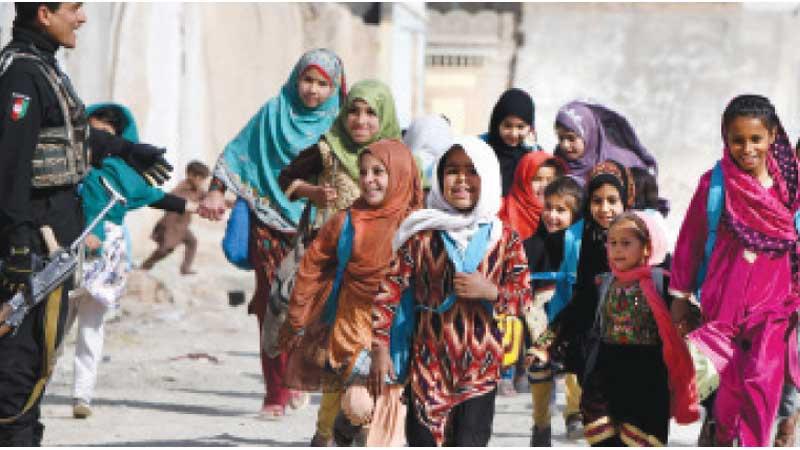 As chaos unravels in Afghanistan, fingers are pointed at the US for the inability to understand ground realities.

It was a failure of American intelligence as the Taliban takeover was a surprise to the Americans who were to complete their withdrawal in two weeks. The US did not predict that the Taliban would take advantage of the situation so soon.

Afghanistan had America’s longest combat mission spanning four US presidencies. Twenty years ago, the 9/11 prompted US military operations in Afghanistan to root out the Al-Qaeda and capture its leader Osama Bin Laden.

Although the Americans thought it won the war, 20 years later, Afghanistan showed the foreign occupants that they have miserably failed to win hearts.

Taliban’s takeover was evidence enough that a vast majority of Afghans were left out from the mainstream narrative to fend for themselves in the rugged mountains.

Economic opportunities, prosperity and development seem to have not reached them in the last two decades. More importantly, had inclusive education been a priority during the past 20 years and managed to reach the corners of the war ravaged land, the situation today would have been vastly different.

A burning question now is the future of women and girls under a Taliban rule. How far would the Taliban go to impose the Sharia law and what of the treatment of women in the country? Twenty years ago, women were discriminated and marginalised to such an extent that they were no different to cattle or other animal. Women were deprived of education, employment, and the mere right to expression.

Harsh punishments were the norm for women breaking men’s rules. It might have been strange for the young generation to wake up to the Taliban as they have not seen the cruelties their older generations faced. For the older generation, it is a memory they do not want to relive but now left with no choice.

So far, the Afghan mass exodus is the biggest humanitarian crisis in the world with nearly five million people already fleeing the country. The neighbouring countries have come forward to provide asylum but the crisis seems to worsen by the day.

A majority of the people are not reassured of the claims that the Taliban would ensure people’s rights, especially women’s.

The Taliban’s answer to this question is ambiguous since their reply is that women’s rights would be ensured according to Sharia Law. But the question is whether their interpretation of Islam and Sharia Law would be any different to how it was 20 years ago.

Sri Lanka had been building stronger ties with the Afghan Government over the years. It was only a few months ago in April that Sri Lanka signed the historic Memorandum of Understanding (MOU) on the Establishment of a Political Consultations Mechanism between the Ministries of Foreign Affairs of Afghanistan and Sri Lanka which aspired for regular engagement and partnership between the two countries.

The signing of the MoU ushered in new hope for Afghan-Sri Lanka relations as both parties underscored firm commitment to further expand bilateral ties, reiterating the active facilitation of both foreign ministries in enabling a yearly review of bilateral relations in the areas of politics, economics, security, culture, health, social, people-to-people contacts, regional cooperation and other areas.

The MoU was significant to Sri Lanka as this marked the completion of the establishment of bilateral instruments of Political Consultations or Foreign Office Consultations with all countries in South Asia.

This was also an opportunity for both countries to discuss collaborations in bilateral trade, including tea, gem and jewellery, dry fruits, nuts and cereal as well as increased air connectivity for closer cooperation in tourism, cultural and social engagements.

Last year was particularly significant for both countries with the celebration of 62 years of diplomatic ties.

Both leaders exchanged congratulatory messages and aspired for further collaborations. All these efforts now seem to have been lost as the world awaits the Taliban’s next moves.

As such, Sri Lanka had been maintaining relations with Afghanistan under a Taliban rule before 9/11 and during the American occupancy. In 2011 and 2012, high level exchanges between Afghan then President Hamid Karzai and former President Mahinda Rajapaksa initiated diplomatic ties and in 2013, Afghanistan opened its embassy in Colombo, which Sri Lanka reciprocated in 2014.

It is now particularly interesting to see how Sri Lanka handles the new situation given the work the foreign ministry has put in to build ties. Although it is still too early to tell, it would be for the best interest of Sri Lanka if it kept an open mind.

The Taliban knows that the world is watching and unlike 20 years ago, people have better access to information through the internet and social media, and it would be harder to maintain a closed up nation as before.

On the other hand, Sri Lanka declared its own win against terrorism and it would be morally incorrect to maintain relations with a group that inflict harm on its own people.

This is the line of thinking of former Prime Minister Ranil Wickremesinghe according to his interview with The Hindu recently. He cautioned the Government against recognising Taliban’s rule in Afghanistan and advocated snapping of ties with Kabul, saying one should rethink if the country should be a “party to help terrorism” raise its head in the region. (The Hindu)The Sri Lankan Government, on the other hand, is exercising caution without taking hasty decisions. Issuing a special statement on Afghanistan, the Sri Lankan Government said it is “deeply concerned” and is “closely monitoring developments”.

“Our primary concern is the safety and security of Sri Lankans living in Afghanistan and evacuating them to safety or back to Sri Lanka.

The Ministry of Foreign Affairs has requested the Governments of USA, UK, India, Pakistan and the United Nations to assist in evacuating the Sri Lankans in Afghanistan, should they desire to do so,” the statement said.

Of the total number of Sri Lankans in Afghanistan numbering 86, so far 46 have already been evacuated. As of August 21, 20 Sri Lankans are expecting to return from Afghanistan and Foreign Ministry is making arrangements for their evacuation.

Meanwhile, 20 other Sri Lankans have expressed their willingness to stay back in Afghanistan.

The Government also noted that the Taliban has offered an amnesty and promised not to harm any foreigners. It requested the Taliban to continue honouring that commitment.

“The Government of Sri Lanka is also happy to see the pledges given by the Taliban that the women in Afghanistan can work and girls can go to school, following the Islamic tradition,” the Foreign Ministry said, adding that it takes note in the pronouncement made by the Taliban that an All Party Mechanism will be established to take the country forward.

Sri Lanka requested that the law and order situation be stabilised and the safety, security and dignity of all people in Afghanistan be safeguarded.

Only time will tell whether the promises made by the Taliban would be kept.

Meanwhile, the world can ponder on the lessons that Afghanistan offered to the US and allies, especially of the consequences of military interventions on sovereign states and poor exit strategies.

It is a lesson for all on the key ingredients for sustainability of any intervention – the importance of winning hearts through education and economic empowerment rather than military action.