Learning from the ‘annus horribilis’ 2020 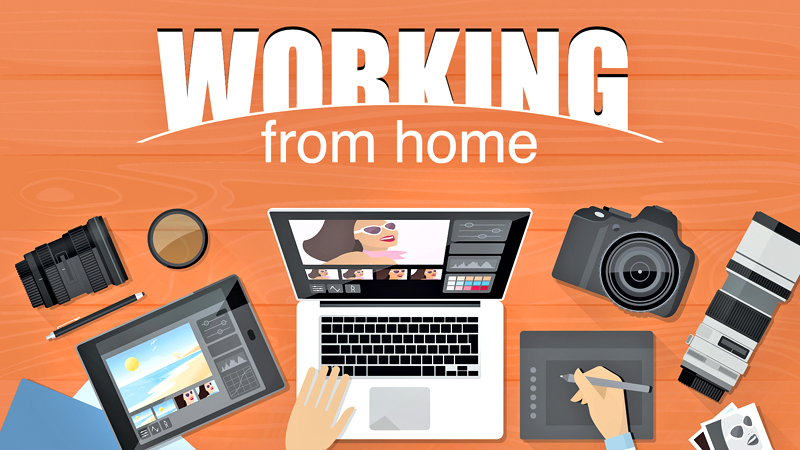 The people are ready for change that the Government must be contemplating after the passage of the 20th Amendment in Parliament.

People want work. But the avenues of employment are limited, to put it mildly. Those who wait hours by the curb hoping for three-wheeler hires are underemployed at the best of times.

But with the ravages of Covid, the effects of underemployment are pervasive. Traditional 9 to 5 employees are feeling as if they are having as much spare time in their hands, as three-wheeler drivers with plenty of time to kill by the curb.

To these people, the passage of the 20th Amendment may have been academic. Or it may have provoked a more visceral reaction in them, because they lay much hope in a system that they hope is strengthened, and would work.

But the nature of work itself is changing in the time of the Covid-hit economy. Executives, middle management, the regular cadre — no matter where they may be in the pecking order, their work week is different now, with most Working From Home (WFH).

Employers on the other hand, may have come to the realization that their regular pre-Covid operation of 9 to 5, five days a week, was not necessary, even though that was the nature of work before the pandemic, just because it was the way things happened and were ordered.

These dole payments came easy, but there was something they didn’t bargain for, which was the societal impact of men and women on the Government handout, who felt psychologically that they were unable to contribute to society, and were worthless discards that the Government had to fend for.

In this country, the Government will not be able to afford allowances or payments that keep people out of work looked after. The recourse is self-employment. The obvious drawback in that of course, especially in times such as these when the economy is underperforming due to Covid, is that not everybody can be resourceful enough to find satisfactory self-employment. Those who cannot find self-employment are not at fault most of the time, when the Covid-hit economy has diminished demand for goods and services.

But the flip side is that millions are forced to find self-employment and that comes without the psychological repercussions that people that subsist on the dole face in developed nations. People who do something for their own upkeep, have a sense of accomplishment; those who subsist on Government handouts that are granted in the most high-functioning First World economies, feel unfulfilled, even lost.

This explains the inner-city angst in countries such as France, where immigrants mostly, who are hard put to find employment in systems that favour the more privileged, resort to protests and cause social upheaval, though they are on State subsistence.

The way we work is changing here in Sri Lanka and it is likely that some of these new workplace trends would last beyond the pandemic. The State would have to look closely at SMEs — small and medium entrepreneurs — and help not just that sector which is guaranteed to become the engine of growth, but also the individual self-employed.

The big corporates have all the help they can get, but the self-employed and the SMEs will keep the social fabric from tearing apart. These are people who could care less about Opposition gripes about Constitutional change.

They are folk who put their shoulders to the wheel, and kept us collectively afloat when things threatened to fall apart during the harsh Covid-created circumstances including the lockdowns.

The culture of work changes, but so does the political culture, and the economic realities. The people have delivered, so to say — and this is as much as the Government has delivered.

The people have been resilient. The economy is down due to Covid, but there has been a resounding SME sector rally, which has kept people essentially provided for, and petty theft at bay, and social unrest at a bare minimum if not at non-existent levels.

This is significant, as that’s not the experience in most countries. People elsewhere except in a few other nations, did not take kindly to lockdowns and were socially disruptive. Not only did they essentially not comply with mask laws and other controls, they also came out on the streets and protested in large numbers against those controls. When they did not protest, they were in mass civil disobedience mode, with young people having raves and parties, and others blatantly flouting lockdown rules sometimes for the flimsiest of reasons.

In contrast, the discipline and resilience of this country’s people has been remarkable, and it seems the Government is cognizant of that. In that context, what was said by US President Donald Trump during the final presidential debate last week in the US is significant.

President Trump said the economy cannot go on with indefinite lockdowns, not only because of the loss to the US economy, but the whole host of other repercussions. Suicides, depression, drug abuse and (partner?) abuse was high and all that has to be put down as the fallout from the Covid contagion, he said.

It’s that long list of social repercussions from Covid that the US President flagged, that’s significant. Sri Lankans have from all reports not been susceptible to such other fallout from Covid, and of course while our death rate is comparatively far less as a percentage than that of the US, it is still noteworthy that despite the stringent lockdowns, etc., the first time around, there was no significant deterioration of the social fabric in terms of increased drug abuse, petty theft and other social ills for that matter. Some cases of increased spousal abuse it seems, were reported during the earlier curfew, but the numbers even then were insignificant in terms of the larger picture.

Society has changed, and that should be down to what Sri Lankans have achieved over the years since independence, under all Governments. Decades back, burglaries, cannibalism of parked cars, etc., was a social phenomenon in the best of times.

That era seems to be past us, and the best indication of it is the fact that society did not lapse back into that state even under the strictest of lockdowns with Covid, and the inevitable economic stress that went with it.

What is in store in terms of combatting Covid is not something that can be prophesied, and nobody has the crystal ball for that. But there is much that we as a people can be proud of. This is especially important to state when there is a tendency — legitimate at times — to beat our breasts about everything that’s negative that goes on around us.

Well, no society is perfect, and show me an Utopia where there is no corruption at all, or saints for politicians, and I will show you a fairly tale. Yes, relatively, we have a long way to go in the departments of public accountability and civic responsibility, etc., — and that has been a problem irrespective of who is in Government.

But on the plus side, we have a resourceful people who are up to the most daunting of challenges, especially when they are shown the lead. In the aftermath of Covid, they seem to have got that leadership and responded brilliantly to the crisis.