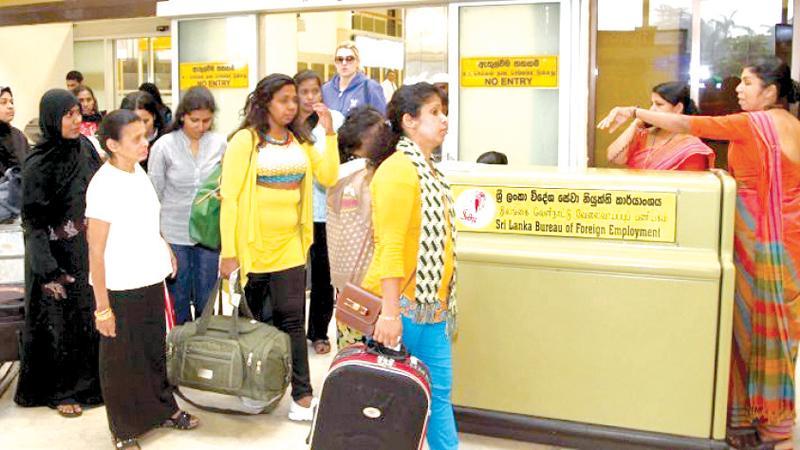 Can Sri Lankan people step out of their comfort-zones? There have been various Governments in the past that prescribed they can and they should. The last regime — the Yahapalanytes — imposed enormous taxes. They taxed the piggy banks of children literally by charging a levy on the Tikiri accounts maintained by little children in State banks.

It cannot be forgotten that some of their ideologues wanted people to eat crotons, Jak leaves or kos kola was also part of the prescribed diet. The Yahapalana ideologues also actively discouraged agriculture, and let paddy lands go fallow from 2016.

Reality is, Sri Lankan citizens, whether any ruler likes it or not, is beyond that stage of making sacrifices of that very basic sort on behalf of the country. This is interpreted by some as a lack of collective will or the absence of a necessary spirit of selflessness.

So, they refer us back to the days the South Koreans, when the people of that country emerged from tenement blocs to make enormous sacrifices to build a powerful economy, or to the days when the Japanese rose back from the ashes after the atom bomb attacks on Hiroshima and Nagasaki, and the utter depredation that followed with the surrender of their forces.

They say Sri Lankans should make similar selfless sacrifices if they are to succeed as a nation and achieve a standard of living on par with developed nations for our people. However, such appeals are mostly self-serving as in the Yahapalana appeal for more taxes, and croton and jak fruit based sustenance.

People see right through these self-righteous appeals. These is a reason for that. The Sri Lankan people have already been through these phases of sacrifice — not once, not twice, but several times.

They tightened their belts so many times during the battle against terrorism when tighten the belt was the perennial slogan. They made sacrifices during the Sirimavo Bandaranaike era but never seemed to benefit from that brutal national nightmare. Sacrifices were made during the kolambata kiri, apata kekiri era of the JVP uprising, during the Premadasa and Jayewardene regimes. It was through the dint of such serial sacrifices that Sri Lankans were able to achieve middle-income status and so on, and surpass the South Asian neighbours in terms of per capita income. Those who work abroad make tremendous sacrifices. Lee Kwan Yew said if they don’t pay public service CEOs top salaries and keep the system in trim, ‘our people would have to work as maids and do menial jobs in other countries.”

There was no previous regime that was so thoughtful as to prevent Sri Lankans from to the same fate. Our young men and women went abroad as wage-slaves and the functional Sri Lankan economy was built on the backs of these stoic men and women who made untold sacrifices. Some were raped, some returned in coffins — and it still happens sporadically.

Today’s functional economy with great banking facilities, with seamless telecommunications and a comparably great road network by South Asian standards, was all a result of the sacrifices Sri Lankans made, particularly in inhospitable climes abroad.

It’s as a result of this level of sacrifice that we reached that coveted middle-income stage, so are we to tell the people that whatever they sacrificed prior to this doesn’t count, and that they have to start from scratch once more if they are to think of the good life?

The people would rebuff such a call, because they will know it’s disingenuous. Politicians of whatever stripe, Yahapalana or any other, cannot ask the people to return to stage of making the ‘original sacrifice’ i.e go back to the absolute basics of frugality, because that would plainly be a case of trying to foist their own failings on the people.

The people can’t be asked to reinvent the wheel, or live without the light bulb — figuratively speaking of course. They have already been there, done that. So it’s right that despite the vagaries of the pandemic, this Government has not obscenely raised taxes or asked people to eat crotons. Instead, there is a move to grant incentives for entrepreneurship. That’s a start.

However, though the comfort-zone that the average citizen is privy to must be considered an inviolate space, the comfort-zones that certain sectors of the population got used to as a result of handouts, is an entirely different matter. It may be correct to say that the average citizen made sacrifices for a very long time on behalf of Public servants. Whether those contributions made by ordinary tax paying citizens on behalf of the Government sector staff paid off, is questionable.

It’s the dependency on handouts that must be dealt with, in place of a general call for people to forego their meagre creature comforts.

“How to be lazy and incompetent at work and get away with it.” Someone in another country wrote this quote and it captures the lifestyle of the public servant. This country has been full of welfare abusers.

Those who game the system are not on the fringes. Those who demand Government jobs are welfare abusers, and they are organised, and consider themselves legitimate. The taxpayer has been making sacrifices on behalf of these people for too long. While this dependency syndrome prevails, some Governments called upon citizens in general to make sacrifices.

This is where the ‘croton sticks in the craw.” There may be some truth in the fact that the younger generations never sacrificed anything, and that they could be considered relatively mollycoddled.

But their parents sacrificed on their behalf and it’s not a crime their offspring have got used to relatively comfortable lifestyles.

They can’t be asked to go back to the era of their parents who bit the bullet because Sirimavo Bandaranaike or some other leader asked them to do so. The young are generally also prone to be critical of past leaders — even the heroic ones.

Many young people in South Korea are contemptuous of great leaders of the past such as Park Chung Hee and so on who made the Korean miracle possible. They consider them to be illegitimate military rulers, while enjoying the legacy they left behind of laying a solid foundation upon which the modern functioning nation state was built.

But that’s how it is — and the youngsters can be taught a better history lesson at best. Or they could be temporarily inducted into military service as they do in some countries. In Thailand the young have to be ordained for a year or so as bhikkus, by tradition, not by law.

It’s doubted that any of this could work in this country, but while some means could be devised to teach the young the spirit of sacrifice, no regime can go back to the Yahapalana design of taxing the piggy banks of little ones.

In some industrialised nations the young cannot purchase houses, and that’s unreasonable because their parents generation had no such problems. The twenty-something or thirty-something professionals who ask for decent housing for themselves cannot be branded as entitled.

The young anywhere are often branded as entitled, even pampered. They may indeed be in certain ways, relative to previous generations. But having easy access to online portals to pay the bills doesn’t make them useless layabouts — especially if they have less money left from their salaries to pay those bills, than their parents did in their time.

Apart from a few temporary sacrifices that citizens, old or young, may be asked to make — due to a war or even a pandemic — the people can’t be asked to go back to brass tacks just because the rulers are going back to the drawing board. Administrations that went down this path learnt that lesson, to their chagrin.