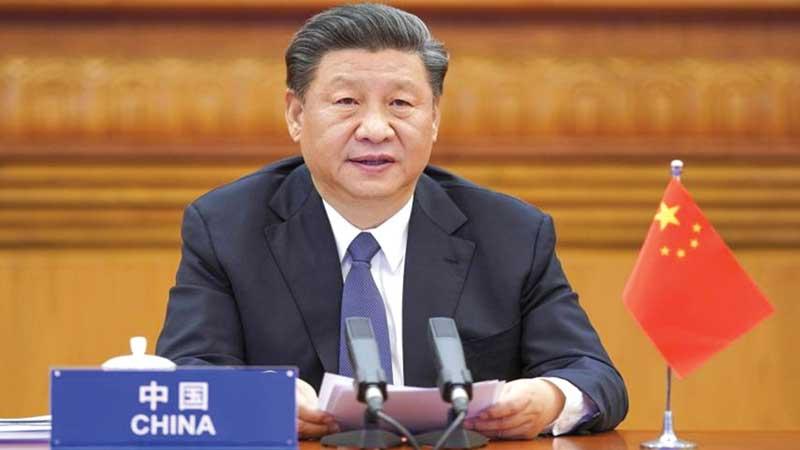 Chinese President Xi Jinping gave a rousing speech to his people on the 100th anniversary of the Chinese Communist Party. He is according to Western media, said to have stated that external elements that attempt to subjugate the country would have their heads bashed bloody against the steel wall of the Chinese people.

The official English translation of the speech, however, states those foreign elements attempting to bully China would be on a collision course with “a great wall of steel forged by 1.4 billion Chinese people”.

Though a literal translation is unfair, some observers say that the ‘heads bashed bloody” an idiom was used for the domestic audience — after all it was only an idiom, and not meant literally. Either way, the Chinese leader was clear in broadcasting his intent.

There are local experts that advise the Sri Lankan government not to touch China with a barge pole. They say that China should be engaged, but only after the Chinese are suitably chastised with a pep talk, and then too they add that being close to China causes a geopolitically untenable situation that antagonises the Western powers and India.

Though they never say ‘don’t touch China with a bargepole” that certainly is the sub-text of their frequent admonitions. “Geopolitically toxic” translates as don’t touch with a bargepole in the sub-text, as they know fully well that having mere cursory diplomatic relations and no more with China, doesn’t serve any purpose, especially these days.

What the Chinese President’s recent speech does is to tell us that if we are friends with China, the Chinese would not leave us in isolation.

Those who try to subjugate China to their own cause President Xi said would be in a collision course with a steel wall. If he did by way of idiom allude in that speech to heads being smashed bloody, so be it.

The message was clear enough. By extension it indicates that the Chinese government will not be cowed. This is a world power we are dealing with. It is difficult to understand it, when various self appointed experts say that we should give China a wide berth because that would upset other powers and would hence be a geopolitically unsound move.

It pre-supposes that our friend China would abandon us – that China is not powerful enough.

President Xi in his speech to the Communist Party faithful and the Chinese people alluded to all that and more. The Chinese Communist party was first established in 1921 in a tiny boutique-like shop-front space that was situated on a nondescript street. The entire facade of that extremely modest store-front is physically preserved, having being brought as is, and delicately placed as a preserved exhibit in the Chinese national museum.

The Chinese are aware of the debt they owe to the Communist party, even though today for all intents and purposes China is a socialist country with a capitalist economy. The Chinese don’t want anybody to kowtow to them these days, but neither are they prepared to be the outcasts.

There was a palpable sense that President Xi was sending a warning shot to the US and the West, according to Deng Yuwen, a former editor of the Study Times Newspaper.

Those Sri Lankan experts who say that we should not be a pawn in a geopolitical confrontation between the major powers, are the very people who are casting us as a pawn. They say that we should not get any assistance from China or be a friend of China as that places us firmly in the Chinese camp, and antagonises the Western powers and their allies.

If we pay heed to that construct, what does that make us, but a pawn? We are being asked to choose our friends depending on the way the West sees us. If the Western countries see us as being too pally with the Chinese — as they are supposed to be seeing us — we are told that we are falling foul of the Quad and various other international actors.

But if we are supposed to tread egg shells because other countries don’t like our friends, we are being made a pawn, and yes, that’s the definition of a pawn, to be moved around and influenced that way, at the whim and fancy of others.

Not a whole lot of countries, or companies and individuals are prepared to be moved around pawn-like in this fashion. This includes persons such as Elon Musk, the hugely successful CEO of Tesla.

So it seems even Elon Musk is deemed geopolitically incorrect these days, and is expected to weigh his words when speaking positively about China.

That’s a bridge too far, isn’t it, if every country, every entity, and every individual is supposed to be wary about China and look over the shoulder before so much as uttering a word of praise about the Chinese?

Musk is not a politician. He may do business with China, but he is not interested in Chinese politics as that’s not within his remit as an entrepreneur — a brilliant one at that. But he’s being found fault with for being too close to China, just because he praised the country for its economic prosperity.

Elon, however, does not enjoy being moved around like a pawn, and if he thinks a country is economically prosperous, he would certainly say it.

The point is that Sri Lanka is not overtly friendly with China, we are not a partner of China but enjoy a close, friendly and productive relationship with the nation as we have for centuries.

Elon Musk is not in the pockets of the Chinese — he was merely making an observation about a country’s economy as he sees it, which is the most normal thing anyone does especially if he is speaking in the context of economics and trade.

What’s obvious from the above example of Musk is that there is nothing wrong with our relations with China as some experts are prone to tell us — it’s just that in certain quarters they don’t like us, as Mandela said, ‘if we don’t treat their enemies as our enemies’. Now, if we cave into that tactic, whose pawn would we become?

Musk is being found fault with for not condemning China for alleged human rights violations and so are we.

But it’s not the human rights issue that’s merely a cover for finding fault with us for seeking assistance from China, or being a part of president Xi Jingping’s Belt and Road initiative. (BRI.)

We are being constantly told by the experts that we should condemn China for human rights violations, and have to keep the country at arms length.

This writer doesn’t see us being told the same vis- a -vis other countries. There are thousands of unmarked graves being discovered of indigenous children who were taken from their parents forcibly and died of neglect in the late 19th and early 20th century, in Canada. The UN has asked that the Canadian government to thoroughly investigate these unmarked graves systematically and devote more time and money for that cause.

But yet, we don’t see any expert telling us that while we are friends with Canada we should unequivocally condemn what happened with these indigenous children, and ask for more accountability in unearthing these gravesites.

We are not told by anyone that if we are friends with Canada, that relationship should be at arms length until this whole gravesite business is thoroughly investigated, and there is closure.

Poor Canadian indigenous children. In the 21st century there are no experts or good Samaritans who are willing to remember the injustices done to them. Nobody cares for these departed souls, not even in the cause of ‘geopolitics.’