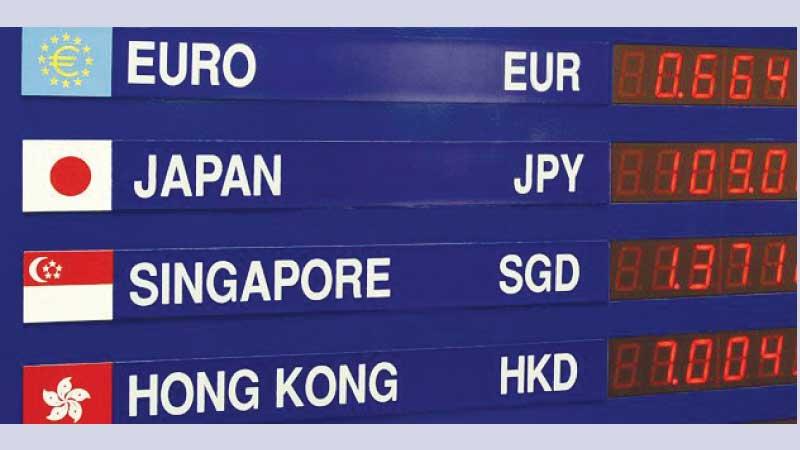 Though the pundits do not seem to understand this, adjustments are oftentimes made “within” the trajectory of existing policy as well.

This means that while the overall policy may be to lower interest rates, they could be lowered slightly and then perhaps be raised again and so on.

With an increasing money supply in the economy, interest rates are bound to increase gradually though they would never come back to the levels that obtained before they were lowered drastically with the pandemic.

In Singapore for instance fiscal policy will be the main tool to mitigate the economic impact of the pandemic.

Given the multi-faceted nature of the shock, there is a strong rationale for deploying multiple tools,” states a IMF overview of economic policy with regard to the pandemic.

While overall policy is the same — to keep interest rates low — there would be flexibility aplenty and there is nothing earthshaking about that.

However, this has the pundits going crazy saying “we told you do, there, they are doing exactly what we said should be done.”

In crisis, the economy would enter an era of experimentation.

Writing in the Seattle Times, Amity Shales notes, “The idea that experiments are warranted in current circumstances comes from the New Deal. The official history is familiar: FDR proposed multiple projects, some at cross-purposes. Yet New Deal inconsistency was not a problem and might have been a virtue. Through ‘bold, persistent experimentation,’ his catchphrase, Franklin Roosevelt brought recovery”.

So bold and persistent experimentation is a virtue in these times. It is not some kind of recipe of chaos and policy inconsistency as the pundits are making it out to be.

However the very arbitrariness of FDR policies in the 30s may have prolonged the depression. What is best therefore from the lesson imparted in the FDR era is that policy experimentation should take place only within the boundaries of a general policy framework.

The broad policy contours of the Rajapaksa Government are clear — they are to keep interest rates low. But within that framework there would be changes and fluctuations and that is not rocket science.

Singapore for instance maintains the exchange rate of the Singapore dollar primarily, before it maintains a hold over interest rates.

In other words watching the exchange rate first has significantly reduced Singapore’s capacity to adjust its own interest rates, which are determined by external factors.

“The Singapore dollar is managed against a basket of currencies and the MAS operates a managed float regime, with the currency fluctuating within a policy band where the level and direction are decided by the Authority in order to accommodate short-term volatility in foreign exchange markets as well as ensure medium-term price stability. The Authority thus gives up its ability to control domestic interest rates, which are instead largely determined by international lending rates and expectations of future movements in the Singapore dollar,” explains an article in focus-economics.com. This policy has worked for Singapore, but elements of it could be incorporated in our fiscal policy too.

That wouldn’t be a case of sending out mixed signals, which is of course not desirable. The leaders in business for instance want consistent policy — and not FDR era arbitrariness that would prolong the angst.

The policymakers must be able to play the long game in the time of an unprecedented crisis. It is foolish to expect immediate dividends and the wartime response of the then Rajapaksa Government is a good example.

The critics at that time were certain that the country would go bankrupt because of an “unwinnable” war, but the war that was unwinnable was won, and there was no bankruptcy.

“The global financial crisis has had a serious impact on Sri Lanka. Lax fiscal policies, a reliance on short-term external financing, and an overvalued exchange rate have left the country vulnerable. In the face of a sudden stop in capital flows at the end of last year, and heavy intervention by the Central Bank to maintain the de facto peg, foreign exchange reserves fell to low levels at the beginning of this year.” Which newspaper in August of this year carried that doomsday story?

If you do your research to find out, you’d see many analysts had slightly different versions of the same narrative. But the above excerpt is from an IMF report on Sri Lanka in the year 2009. It can be seen that at that time the international lending agencies had basically written us off.

Then as now, the ruling regime of the day was sabotaged by the likes of the JVP. The 2004 Boxing Day tsunami was probably the only occasion in which the country came together, but that too was for an extremely short period of kumbaya. Meanwhile, in Taiwan, the new delta wave has also been suppressed but the country did so by changing tactics. The technocratic approach of the first outbreak was replaced with a different outlook this time that did not rely on invasive lockdowns.

Flexibility therefore is seen as a barometer of success during the pandemic recovery period.

The Central Bank has to be flexible too. “Central Banks can also finance the public sector directly, with the objective of expanding food programs and safety nets (including considering some form of universal income), supporting the operation of the health system, financing other basic services, and investing in public works.” (ifpri.org).

These are measures our Central Bank has been loathe to implement despite the president prevailing on that establishment, but those behaviors will probably change.

Avoiding an overvalued official exchange rate is also one of the pivots of a more flexible policy during the pandemic recovery period, if it may be called that. The exchange rate valuation must not discourage exports, and all this indicates that a slew of changeable policy is required, though in the backdrop of a general policy framework that is solid and unwavering.

The other factor is loan repayment, but debt is not an issue that has to be looked at through a doomsayer’s dark lens. Developing countries would have to be given debt write offs, that would not have any impact on credit ratings.

That is an imperative. Imagine a world where we pretend that developing countries in general don’t have a debt crisis due to the pandemic?

That would be ridiculous. A debt resolution mechanism will very probably evolve over time sooner rather than later, and that would help this country on the short term at least and probably confound those pundits who tear their hair every day saying the government doesn’t have the money to pay off loans.

That’s not a fault of the Government — it’s the fault of the pandemic and is something that has had an impact on scores of developing countries. It’s a special case — the debt crisis that obtains the world over today, and it can only be addressed by recourse to specific global initiatives.

Those measures would very likely materialise in the near future, and hopefully then the critics here would stop beating their breasts in vain over “the Government’s imminent inability to pay off debt”.