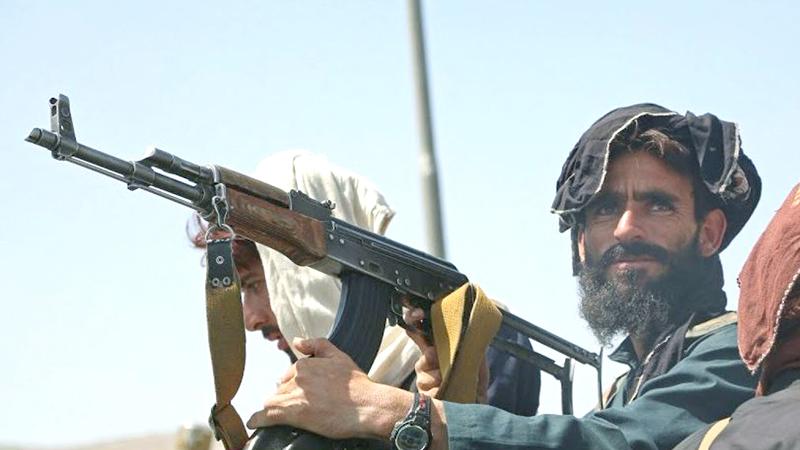 “We were devoid of fundamental understanding of Afghanistan. We did not know what we were doing.” – Douglas Lute, war czar under George W. Bush and Obama.

The fall of Kabul has shattered the super power image of America. It is now argued that it marks the beginning of the end of American hegemony. It has shocked the Western think tanks.

Francis Fukuyama, writing to the Economist, says: “The Horrifying images of desperate Afghans trying to get out of Kabul this week after the United States-backed Government collapsed have evoked a major juncture in world history, as America turned away from the world.The truth of the matter is that the end of the American era had come much earlier.

The long-term sources of American weakness and decline are more domestic than international. The country will remain a great power for many years, but just how influential it will be depends on its ability to fix its internal problems, rather than its foreign policy.”

Conservative Parliamentarian Tom Tugendhat, states: “Afghanistan is the biggest foreign policy disaster since Suez,” he tweeted, referring to the 1956 crisis over control of the strategic Egyptian canal that, to some historians, marked the ultimate waning of the British Empire.” – Washington Post, August 20, 2021

There is no doubt that the fall of Kabul has shattered the confidence in American leadership. The deadline set for the Americans to leave Afghanistan was August 31. But two weeks before the due date acting American Ambassador, Ross William, packed his bags and left the embassy hurriedly in a helicopter to the Kabul airport, carrying the American flag with him — another humiliating act clearly signifying the declining limits of American power.

After keeping the Taliban forces at bay for 20 years America was retreating hastily unable to stop the advancing forces of Taliban who took Kabul without firing a shot.

The capital of Nimus province, Zaraj, was the first to fall. Taliban occupied it on August 6. No one expected Kabul and Afghanistan to fall within nine days. American military intelligence expected its American-trained Afghan forces to hold on for at least six to 12 months after the American withdrawal.

The sudden collapse while the Americans were still in Kabul shocked the American establishment.

The chaos that followed evoked memories of Saigon. It also brought to mind the pelting of the retreating American troops with rotten fruits and stones when they pulled out of the border town of Qamishli in Syria.

The defeated American was running away with his tail between his legs. The credibility and the reputation of America as a reliable partner came crashing down in Kabul.

Initially they went in 2001 to hunt and punish the 9/11 terrorists which they did. But with typical imperial arrogance they decided to go beyond that mission to “nation-building” which, in reality, was aimed at extending the borders of America’s defence perimeter.

They also planned to neutralise the Islamic Emirate of Afghanistan: one less fundamentalist base was a plus for American foreign policy.

As events proved they did not have a clue of what was happening. Those diplomats and American intelligence apparatchiks who were interpreting the ground situation were, in addition to their incompetence, actually lying to maintain what they wanted believe: that they were winning in Afghanistan.

Joe Biden told the New York Times Editorial Board in January 2020 that the American officials in Afghanistan lied to them.

This lie cost them two trillion dollars and the lives of 2500 American soldiers. It also took 20 years to realise that they do not possess the power to change the world according to their whims and fancies.

The end came last Sunday when the entire edifice built by the Americans collapsed like a lean-to in the first shower of rain in a shanty town.

The hollowness of American militarism was exposed when the American-trained force of 300,000 Afghans, with modern weapons, artillery and armoured vehicles surrendered without a fight to 75,000 Talibans carrying Kalashnikovs riding on motorcycles.

The rapid collapse of the Afghan forces stunned the world, questioning not only America’s reliability as a partner who would stick with you through thick and thin but also its capacity to fight the kind of war peculiar to Afghan terrain – the graveyard of empires.

At the end of the day the world was left wondering whether America has the will to defend democracy and be the moral leader of the world.

It is estimated that over 100,000 Afghan civilians died in this war. On one occasion they knowingly bombed a wedding. The video ran viral. The Afghan adventure raises serious issues about America’s moral right to point a finger at other countries.

American diplomats strut the global stage posing as infallible high priests of moral rectitude. Alaina B. Teplitz, the American Ambassadress, is one of them. She has witnessed the end of America’s longest war. She also has seen the results of Sri Lanka’s longest battle againist terrorism. Her moral indignation knew no bonds in judging the Sri Lankan security forces.

Will she now judge the American forces in Afghanistan with the same yardstick? Will she come down on American forces as heavily as she did with regard to the Sri Lankan security forces?

Predictably, she will have plenty of excuses for the violations of human rights and war crimes committed by the Americans in Afghanistan.

Well, finding excuses for American crimes is a part of her job. But a new dimension has entered American foreign policy.

This is a very critical message for the meddlesome diplomats who tend to poke their unwanted noses in explosive domestic issues.

To begin with, they are clueless on complex and divisive issues that destabilise hotspots of the globe. Their inability to grasp the subtleties of the complex issues lead them to misread the events and worsen the crises.

Super power arrogance is imposed as the higher morality. The Afghan Government collapsed because it was a corrupt regime and American morality covered it up with lies and deception. As in Vietnam, delusionary American assessments believed in victory coming around the corner with the next offensive or the next infusion of forces into the battle field. Americans lost because they relied heavily on their lies.

The return of the Taliban to Kabul is not the end of the Afghan story. It is only the beginning of the next unfolding chapter of radical Islam.

The first press conference of the Islamic Emirate was obviously a PR exercise to soften the image of Taliban. Radical Islam is torn between extreme fundamentalism and the need to enter the 21st century with necessary modern adjustments.

Islamic fundamentalism is buried deep in medieval feudalism. It also linked to the internal code of inflexible demands of fundamentalism which opens space for authoritarian mullahs.

In Kabul Taliban has swung from the failed extremism of the earlier period to its new phase of adjusting to the new circumstances. It is making concessions to the changes that shifted Afghan to the post-Malala world. Taliban has won power. It is now engaged in the business of consolidating its power. It has promised to make concessions. It is talking of inclusiveness as opposed to its monopoly of power. It is yet to be seen how far it would go to keep its promises.But one certainty is that it has come to stay as a solid force. After the departure of the Americans there is no external or internal force to challenge its power. The international community is playing it cautiously giving it time to settle down. Eventually, it will go along with it.Afghanistan without Taliban is a vacuum. It is not possible to ignore Taliban at this stage. Not after they had thrown out the world’s mightiest power. Ranil Wickremesinghe’s proposal not to recognise Taliban is a non-starter. Afghanistan is a member of SAARC and if Sri Lanka decides not to recognise it how many others are likely to follow her choice?

At the press conference the Taliban emphasised that it will not allow its soil to be used for violence. It is premature at this stage to jump the gun and assume that Taliban would return to its failed past.