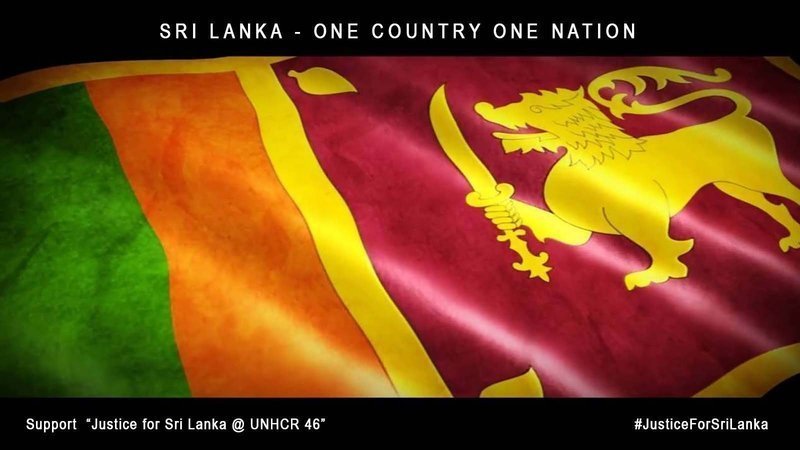 To: The United Nations and its Member States

Re: Take Impartial Action against Terrorists and Supporters

We are citizens of Sri Lanka comprising Sinhala, Tamil, Muslim, and Burgher ethnicities living in a multicultural, pluralistic society with a long history marked by mutual respect for one another and acceptance as well as celebration of difference. Inclusivity has been our hallmark and our glory. It was this unity that was violently threatened by the Liberation Tigers of Tamil Eelam (LTTE), a ruthless terrorist organization proscribed in many countries for its genocidal track record as well as multiple criminal activities across the globe including drug trafficking, financial crimes, human and arms smugglings.

Sri Lanka suffered almost three decades of death, destruction, dismemberment and displacement on account of the LTTE. In May 2009, the Sri Lankan government, with the support of the international community, was able to end this reign of terror whose operational signature included child-abduction, forced conscription, suicide bombs, ethnic cleansing and the assassination of hundreds of politicians, academics, professionals and civilians including two heads of state. It must be mentioned that the LTTE in its final days held hundreds of thousands of Tamil civilians hostage — it’s infamous ‘human shield.’ The Sri Lankan security forces carried out the largest ever hostage rescue operation at great cost to the fighting forces.

It is indeed a travesty of justice that human rights organizations that are either ignorant or have subscribed to some political agenda that has little to do with the suffering of people have chosen to castigate Sri Lanka for the crime of restoring normalcy, bringing peace, ending a war and providing the space for democracy in a region that had only known war and to a people forced to live in fear on account of the pernicious designs of a terrorist outfit. The long history of the war, in particular the brutality of the LTTE and the suffering of all communities as a result has been either footnoted or left out altogether from the narrative.

Sri Lanka has been made to paid a huge price, over and over again. The people of Sri Lanka know of the heinous crimes committed by the LTTE. We know how the LTTE killed unarmed innocents, stabbed pregnant women, slaughtered newborn babies, beheaded children on their way to school, crippled farmers working in their fields and exploded bombs in public places, buses and trains killing thousands. All this is documented. None of it is mentioned in the narrative on Sri Lanka. This is wrong. It is unjust.

Therefore, we call upon the United Nations and its member states to:

1. Investigate the legality of the report on Sri Lanka compiled by a panel appointed by the former UNSG Ban Ki Moon since it was a personally commissioned project but is used as the basis for successive resolutions against Sri Lanka. This report was never tabled in the UNGA, UNSC or even UNHRC for Sri Lanka to officially respond. It is moreover full of inaccuracies, exaggerations and accusations but without a shred of evidence to back the same.

2. Investigate all LTTE fronts banned under UNSC Resolution 1373 operating in the countries which have listed the LTTE as a terrorist organization and proscribed it since these organizations have facilitated untold violence by providing material and financial supports to the LTTE operating from foreign shores.

3.  Move on the authors of the above mentioned report to provide the evidence in names and details of all 40,000 or more they claims to have been killed during the final phase of the conflict, since, considering that even after 12 years consequent to the defeats of the LTTE, no one has produced the names of these 40,000 persons supposedly killed and on account of the irreparable damage that this mischievous report scattered with so many errors has done to the reputation of Sri Lanka and Sri Lankans.

4. Acknowledge that the conflagration was an internal affair of Sri Lanka where the principal aggressor was a terrorist organization that challenged the territorial integrity and sovereignty of the nation, sought to overthrow democratically elected governments and which had to be stopped in order to defend the people, the territorial integrity, sovereignty and democracy.

5. Acknowledge that the terrorists massacred not only Sinhala and Muslim people but also Tamils who did not support or approve their fascist agenda.

7. Move to investigate the LTTE trainer Adele Balasingham who from 1970s to the late 1990s motivated and trained Tamil children to kill and pushed them to suicide by encouraging them to carry cyanide capsules, especially since she played a key role in manipulating children to join a terrorist organization and enabled their deployment as human bombs, all of which constitute clear evidence of the war crimes and crimes against humanity by the LTTE.

8. Move to investigate the LTTE’s international network about which ample evidence has been documented by the world’s most renowned think tanks, considering that the  international criminal nexus include human smuggling, a widespread illegal immigration racket, money laundering, drug trafficking, arms smuggling and credit card scams all of which impact citizens of multiple countries.

9. Recognize that the defeat of the LTTE ushered in a period of peace and a return to normalcy,  where representatives could be elected democratically, children could return to school without fear of being abducted and turned into child soldiers and economic development was possible as evidenced by the massive changes that have taken place in the former conflict zones, progress which was but a dream while the LTTE existed.

10. Recognize that it is the moment for the UN and the International Community to help Sri Lanka to design and implement all proactive mechanism to prevent the  recurrence of reigns of terror by the LTTE or any other known or unknown violent organizations motivated by genocidal, fascist, extremist ideologies challenging the sovereignty and territorial integrity of the nation.

12. Reaffirm that the LTTE terrorism is a part of global phenomenon which requires constant vigilance and adequate resources with international collaboration to identify and eliminate to safeguard the unarmed civilians of any member state including Sri Lanka.

It is those who suffer who know the depths of grief.  We, Sri Lankans comprising Sinhalese, Tamils, Muslims and burghers, have suffered immensely as a result of this terrorist group and the groups that incite them. The time has come for the United Nations and its member states to look at our suffering without being deceived by those who spread false ideologies to achieve pernicious designs that divide, hurt, maim and make for recurrence of conflict.

We urge the UN and its member states to take affirmative action against the LTTE fronts who are involved in a plethora of illegal international crimes.

We urge the United Nations and its member states to work honestly with the government that came to power democratically to build bridges so the Sri Lanka and Sri Lankan’s could move to a real and lasting peace.