Jealous of the CSE? 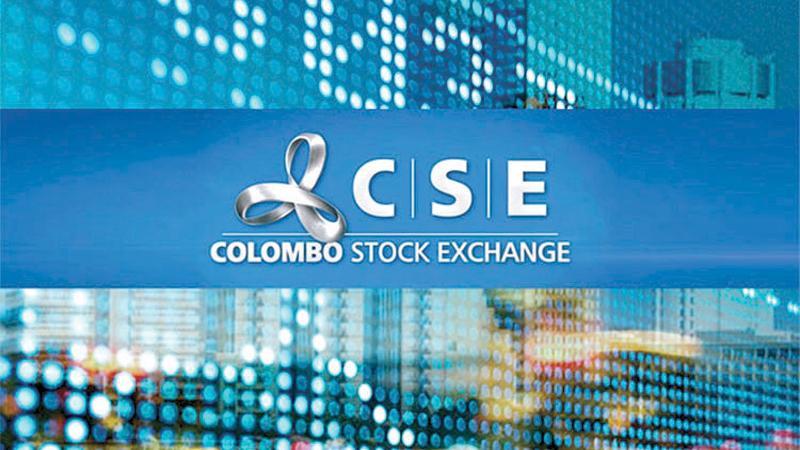 It’s curious that there have been aspersions cast on the performance of the Sri Lankan CSE, the stock exchange commonly known as the share market, at a time the bourse in Colombo is performing when interest rates are low and most people are looking for investment alternatives. Harsha de Silva the regular Cassandra has said that there should be a long hard look — in effect a probe — to ascertain the goings on in the stock exchange (CSE.).

Why is de Silva playing Christmas Grinch? The reasons seem obvious. He does not want any sector in the county performing well, and since the stock market shows promise he is peeved that the success of the bourse would be a good reflection on the future tidings, in contrast to some other economic indicators. So, whatever is doing well, he seeks to shut down by way of an ‘investigation.’

However, the markets are markets and they have a self-regulating nature about them. Of course there has to be rudimentary regulation, but the aspersion being cast by de Silva is that there is something sinister happening that is skewing the regulatory aspect, causing some type of market dysfunction with regard to CSE transactions.

In other words he is speaking in terms of issues such as insider trading and pump and dump so called, particularly the former. This is not just grinch-like on the part of de Silva, it is also rather ignorant of the new and emerging trends with regard to issues concerning performing stock markets, such as insider trading.

Market watchers and stock performance analysts not to mention economists in various countries with far more robust stock markets with much heavier yields than in this country, are now of the opinion that the criminality associated with insider trading is absolutely ridiculous. They have essentially said that it was a crime to have prosecuted the Sri Lankan born hedge fund manager of the Galleon Group, Raj Rajaratnam, for instance.

It is particularly sad, what has happened to Rajaratnam, and in this his home country at least there certainly ought to be a concerted attempt to rehabilitate his image because he is not a criminal, but a hero.

There was a recent opinion piece in the rather respected and establishment-oriented Forbes Magazine, that the destruction of Raj Rajaratnam with an insider trading prosecution was particularly offensive and damaging.

Now, of course this writer is aware that there would be many who would say that Rajaratnam was funding the Tamil Tigers or some such thing, and that any attempt to seek redemption for him after his incarceration and release is therefore unacceptable.

However there has not been any concrete evidence that Rajaratnam was an LTTE operative. If a minuscule amount of his funds found their way to LTTE front groups that is very obviously on account of the fact that no Tamil abroad was able to escape the LTTE fund raising dragnet.

Though the convenient story for those who want to malign Rajaratnam may be that he funded the Tamil Tigers, the fact remains that the gentleman was very close to the Sri Lankan Government as well, and pledged funds for the rehabilitation of war affected refugees and so on.

Rajaratnam should, therefore, not be looked at through the lens of ethnic hatred and/or the yardstick of narrow parochialism.

That being out of the way, it was a shame that this guy who was a very astute operator that understood the stock market, studied it and was able to make risky investments, was prosecuted, jailed, and his Galleon fund destroyed. This writer wrongly suspects that when there was public hatred mounting against Wall Street banks and so on over the sub-prime mortgage crisis and the way the banks behaved, they needed a fall guy who could be hounded to show that the system is not lenient towards the ‘big fish’ with pot-loads of money who invest and make billions, while the ‘ordinary man toils and has to forfeit his house because of a default in mortgage.’

Rajaratnam was not white, and being a coloured individual who had made good, it was easy to make him a sacrificial lamb in the quest to project a better image of financial institutions.

This was a great pity because yes, even though Rajaratnam had obtained tips on how to invest from inside sources, he was not doing anything that should have been prosecuted, because he was in effect making it easier for those other ordinary investors who did not have information of that sort to gauge market behaviour in order to make better investments themselves.

As the writer of the aforementioned Forbes Magazine article states, Rajaratnam was courageous because he made risky investments and then of course he was a brilliant success which meant that he was the envy of prosecutors and other establishment figures who wanted somebody to take the hit, because the financial establishment particularly the banks and Goldman Sachs and so on, had somehow got a bad name as being predatory due to the sub-prime mortgage crisis.

The Forbes writer argues that even the bankers were blameless as they were making speculative investment decisions and so on but be that as it may, Rajaratnam had nothing to do with any of that and it is a crying shame that he had to pay for a crime he did not commit. In any event insider trading is a ‘victimless crime.’

The laws are vague with regard to insider trading by any reckoning, and the gathering wisdom is that the practice — so called in investment with insider knowledge of stocks — should be made legal because such trading more accurately reflects the market reality, which makes it easy for all other investors, and takes some of the needless risks out of investing for the rest of the players.

In any event, if a person does the research why should he or she be penalised for it? It is a skill as any other, and those who have the courage to make massive investments do their research. But yet, the risk does not disappear but they certainly do mitigate the huge risks for others.

It is sincerely hoped that insider trading ‘laws’ of the kind that trapped Rajaratnam would have no place in the future, and that such legislation would be repealed while prosecutors who profit in some ways from laying down these laws would be put out of business. As the Forbes writer states, such prosecutors want to catch a big whale because once they catch such a big fish, even if there was no apparent crime committed, it would be easy for them to transition to a million dollar private legal practice!

What a sad state of affairs. Even though the utmost should be done to rehabilitate Rajaratnam and restore his good name, something that’s easier said than done, the lesson from the Rajaratnam affair should be that we in this country should not fall prey to making the Stock Market a charade for oversealous folk who imagine there is a skeleton in every cupboard. The markets here are performing well, and there are very obvious reasons.

They have nothing to do with the sinister plots and machinations that Harsha de Silva and their ilk imagine in their spare time, because one, they have nothing better to do literally with their time, and two because they want to put a spanner in all works because they can’t stand the thought of anything performing well these days. It would not serve their purpose of ‘picking the low hanging fruit’ by exploiting perceptions about various non-existent ‘irregularities’ to catapult themselves to positions of power.

In fact Rajaratnam had made some investments in our share market as well, but would you believe it, his net turnover at Galleon was larger than the entire turnover of the Colombo Securities Exchange? By the way investigators could find nothing irregular about his investments here in Sri Lanka either.

Unfortunately in the US he was the wrong big fish in the wrong pond at the wrong time; thankfully even the pundits of the financial world are seeing sense about him these days, after the event. It’s time we stop any Rajaratnam type carnage happening in our own markets.