Island of a thousand hypocrites 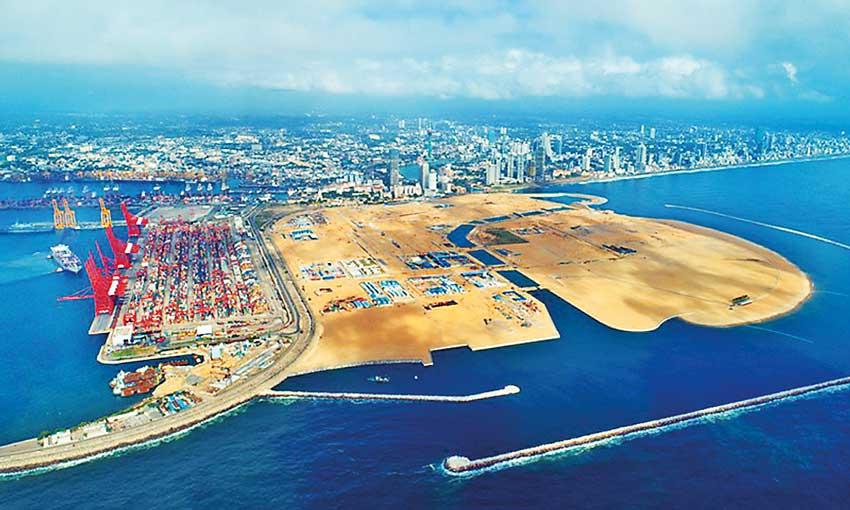 A very wise man, then an undergraduate at the University of Peradeniya, once said that there are no wrongdoers in this world — everyone justifies their actions/decisions. The act or decision may be illegal or unethical respectively, but in the mind of the doer it is justified, it is right, it is even ethical, whether or not the world understands or sanctions.

No, I didn’t count the number of hypocrites in Sri Lanka. Neither is it a calculated guess or a ballpark figure. It simply means ‘large’ and is used simply because ‘Island of a large number of hypocrites’ is probably less eye-catching. An example of hypocrisy, then? Well, call it sleight of hand, but add ‘more or less harmless.’

There is however the pernicious kind, those who exaggerate, slip under the carpet, footnote, ignore or outrightly disavow not trivial matters such as the number in the title but things which are relevant to an entire population or the direction of national development.

A few weeks ago I wrote a piece titled “Covid-19 and the ‘science’ of the wizards” in which I quoted from a lecture delivered by Dr. Diyanath Samarasinghe on ‘How the [medical] profession can help us balance work and life issues,’ penned a note upon reading the article.

‘I notice that the individuals who are most insistent that the government imposes further and more strict stay-at-home orders forever include those who usually insist that government should not interfere into people’s lives. Not only in the past, but even now – e.g., by restricting alcohol or tobacco sales. Suddenly they have become proponents of an extreme ‘nanny state’. On this matter alone. Curious.’

Curious. At the same time not entirely uncommon. Recently we had a bunch of NGO operators waxing eloquent on legislation related to the Port City. Well, some had doctorates, but are either out of academe or are posited as ‘activists’ as much as ‘academics,’ — indeed their academic output is less advertised than their activism, so called). Ok, let’s say call them ‘academics.’ These academics were examining the piece of legislation in terms of ‘sovereignty.’ Legitimate. Just because laws are passed by people’s representatives it doesn’t necessarily mean that they do not encroach on sovereignty. Any agreement which takes from the state’s power to control, regulate or annul can be construed as an infringement on sovereignty. This is why in a world of multilateral and bilateral agreements, some insist it is more useful to talk of ‘shared sovereignty’ which of course has a sanitary trace in that it can often launder capitulation. So it’s about degrees of sovereignty, which is not something any ‘sovereignist’ (if you will) could cheer.

We have palpable sinophobia in this country and those afflicted tend to be anglophiles. Brown sahibs, if you will. They take umbrage at the trivial (name boards with Chinese characters, for example) and the serious (Chinese run mega projects). Interestingly (and this is where hypocrisy is evident) very few (if at all) of these sovereignists and nationalists have had issues with things English (or, put another way, things UK and USA). ‘We are not a Chinese colony!’ scream those have forgotten we were a British colony (if they ever believed the fact, that is) and that for many reasons we still are a plaything of North America and Europe (they have cheered all moves from countries in these regions to undermine legally or otherwise Sri Lanka’s sovereignty).

Just because laws are passed by people’s representatives it doesn’t necessarily mean that they do not encroach on sovereignty. Any agreement which takes from the state’s power to control, regulate or annul can be construed as an infringement on sovereignty

Now the Port City webinar-billas can ask themselves a few questions (but they probably won’t). What did they have to say when the previous regime signed the Hambantota Port agreement? Did the notion of ‘sovereignty’ ever cross their minds when the Yahapalana Government (in which people like Sajith Premadasa and Patali Champika Ranawaka were Cabinet Ministers) co-sponsored Resolution 30/1? Did they think ‘OMG, our sovereignty’ when Ranil Wickremesinghe signed the absolutely slanted (against Sri Lanka) Ceasefire Agreement with the LTTE? In the long years during which successive US Ambassadors tried to push through the Millennium Challenge Corporation (MCC) Compact, did sovereignty enter their thoughts? [By the way the diplomat whose ‘cutting edge’ was pushing through such agreements, Alaina B. Teplitz failed to deliver — was there a farewell party or is there going to be? Were these Born Again Sovereignists invited or will they be? Were people down in the mouth or will they have dehi-leli faces?] Did they utter one word of dismay when diplomats representing countries in Europe and North America strut around and spat out venom as though they were veritable viceroys?

Did they in public or private say ‘bad show dudes’ when the cover on racism and brutality in the USA was blown? Did they say anything over the past few weeks when Canada’s ‘conveniently forgotten’ war on the indigene had to be remembered because the bones turned up? Did they tweet, tagging Michelle Bachelet, comparing that bone story with the Mannar bone story (remains over 400 years old marketed as ‘evidence’ of ‘genocide’ in 2009) with emojis and gifs denoting smirk?

What’s apparent is hypocrisy. It is not the preserve of these BANs (or HBNs). There were those who swore they would never stop fighting to repeal the 13th and yet happily contested Provincial Council Elections. There are those who swore to stop the Port City project, but let it proceed under worse terms. There are those who ranted and raved about democracy being destroyed but were strangely silent over elections being postponed indefinitely. Some talked of judicial independence but indulged in navel-gazing over extra-judicial (read, ‘kangaroo’) courts such as the FCID. We have trade unions that are pawns of political parties. Academics, professionals, journalists and others whose umbrage is framed by political preferences.

It boils down to this: Our guys, whatever they do, is ok, right? Isn’t that what it is? An island of a thousand hypocrites and a hundred thousand hypocrisies is not something to celebrate. Fortunately, we are also an island of a hundred thousand men and women of integrity and millions of everyday acts of wholesomeness. That’s where there’s true resistance to innumerable tyrannies and innumerable hypocrisies.