Is India in the West or East, that’s the question 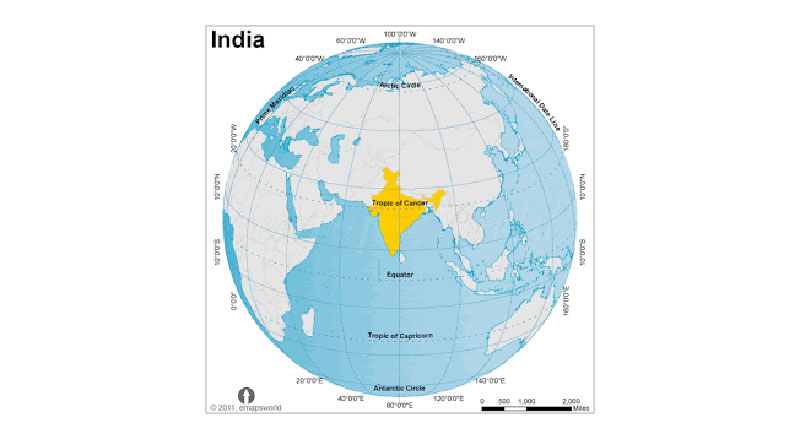 What if the British High Commissioner in Colombo Sarah Hulton met with the Ambassador of South Korea Woonjin Jeong on Tuesday, the 2nd of March, 2021? What if he was accompanied by former Foreign Minister and the man who happily tossed Sri Lanka under the UNHRC bus driven by a warmongering Uncle Sam? What if Canadian High Commissioner in Colombo David McKinnon held discussions with his Bangladeshi counterpart, Tareq  Ariful Islam, at the Canada House, Colombo 7, around the same time?

Now there are no laws against diplomats meeting other diplomats. There are no laws to stop diplomats meeting citizens of the country they happen to be posted in. However, it is significant that both South Korea and Bangladesh are members of the Human Rights Council. It is significant because in a few days time a vote will be taken in Geneva on a resolution on (well, ‘against,’ really) Sri Lanka. It’s a one country-one-vote situation, and therefore every vote can count. Indeed, if it is a close affair then that one vote becomes even more significant.

The Resolution is not just against Sri Lanka; it is a vote which, if succeeds, will set a dangerous precedent and effectively turn ‘human rights’ into an even more ironic, preposterous and pernicious weapon that the worst thug-nations in the world can deploy to wreck nations and regimes refusing toe the line. In other words, it would give credence to vexatious persecution

The earth is not flat, this we know. Neither is Switzerland despite the lovely mountains, except in th dullness of the flavors pertaining to political economy. Countries might have equal voting worth on paper, but then again few would not have heard of that stinging truism ‘some are more equal than others.’ That oft quoted Golden Rule makes sense: he who has the gold makes the rules (we’ll come to that shortly). One can add ‘guns’ to the equation except that such killing-instruments are outdated in a world where there are nuclear weapons and countries which possess them have not hesitated to use biological weapons.

If it has come to a point where local diplomats have been directed by their respective governments to canvass votes then it simply means that the bosses driving the resolution have got jittery. Now one might be persuaded to imagine these diplomats sipping green tea and trying to persuade the relevant counterparts to join the club. However, persuasive arguments were never part of the story. It’s never been about right or wrong, good or evil. No. It’s about proposals that end with ‘or else…’ directly stated or suggested. Bribes too are part of the story. ‘How about if we…’ could be the ice-breaker in such situations.
Considering the geographical (and yes, ideological) location/orientation of the key players, this is essentially a West vs East game. This brings to mind a curious case of ‘seeing the light’ not too long ago. Let me elaborate.

It is no secret that the UNP faction of the previous regime was cosy with the political West. You could, if you are generous, call it ideological agreement of course but there has always been a streak of servility that prompts one to think and label, ‘colonial remnants.’

That dispensation, led by Ranil Wickremesinghe banked on the West. Mangala Samaraweera, Foreign Minister of that government, played ‘local agent’ to the extent that he bent backwards to get Sri Lanka to dig a hole and crawl into it. He’s gone now, but he (and all those in that government who either cheered, watched in silence or looked away) essentially laid a minefield for those who would arrive later to walk on. This is why ‘Geneva’ is still in the news.

This, however, is not about that kind of political intrigue. It’s about the West (and therefore, obviously, the East). Wickremesinghe’s cabal, sweethearts as far as the West was concerned, operated as though we live on a planet so misshapen that there was only the West. Obviously the word means nothing if there’s no East, so maybe they operated as though the East, existent though it is, was inconsequential.
Brexit hit them between the proverbial eyes. Wickremesinghe came up with a classic and ironical observation: ‘we will look to the East.’

OMG! Wickremesinghe, thought of as some kind of whizkid in things economic, we learned, hadn’t heard of China or known that China and Japan own North American and European debt! OMG all over again!

So then, that’s how we need to frame this charade. East vs West. T.S. Eliot, in his iconic poem ‘Wasteland’ had a pretty and perceptive line (if it’s ok to interpret it in terms of a tectonic shift in ‘seeing’ and true domination):


The above is obviously a description of someone moving from West to East. We can think of it as an ideological shift or even a re-alignment of philosophical orientation, but at a more mundane level, it’s about a shift in the balance of global power. In that sense, the Geneva Circus of Vexatious Persecution using/abusing Sri Lanka is but symptomatic of a last gasp effort on the part of those who have called the shots for a long century and are suddenly realizing that they are going to lose their voices.

The title has ‘India’ in it. Why India, someone might wonder. Well, India seems ideologically confused and geographically challenged right now. The West (or rather the spokespersons for the ideological and political camp that uses the locational term as identifier) has made it’s position clear: ANTI-SRI LANKA. The key voices of the opposite camp, led of course by China, have backed Sri Lanka. Even Japan and Australia (the other two Quad members) haven’t shown any of the belligerence of the world’s worst human rights offender over the past several centuries, Britain (yes, add ‘perpetrator of genocide, common thief, generator of inter-communal conflict, pyromaniac’) and her present day allies. India hasn’t mimicked the ‘Mother Country’ of course, but the noises are not supportive. They are marked by grumpiness. So much so that it would not be unfair if the relevant authorities assume ‘India will side against Sri Lanka.’ India could abstain, but at this point, it would be silly for India to assume that Sri Lanka would applaud such a position.

It’s simple, really. India has an issue with a strident China. India can play pawn and scoot over to the country that raped her. India might even be envisaging a future world order that is divided between two new superpowers, China and India. India could, on the other hand, envisage a new world order led by powerful nations which will not settle things with guns and bucks, even if they have the bombs and the gold. Instead of carving up the world (as the European powers carved up —and impoverished — Africa at the Berlin Conference in 1884), India, with China, could use new found sway to heal the world and make it a better place (for you and for me, as MJ said).

India has a single vote. However, the stand that India takes will be taken note of. Sri Lanka certain would. Other nations would too. Sometimes, arms need not be twisted (as the British and Canadian mission heads in Colombo might very well be doing — Bangladesh and South Korea are proud nations, we still believe, by the way). A threat if often more powerful than its execution, as the great Polish and French chess master Savielli Tartakower once said.

So. India. Where is it located or rather where does India wish to locate itself? That’s the question. The answer will be important for Sri Lanka because it will could persuade Sri Lanka to reassess her location (as nations do from time to time).

[The writer is the Director/CEO of the Hector Kobbekaduwa Agrarian Research and Training Institute. These are his personal views].