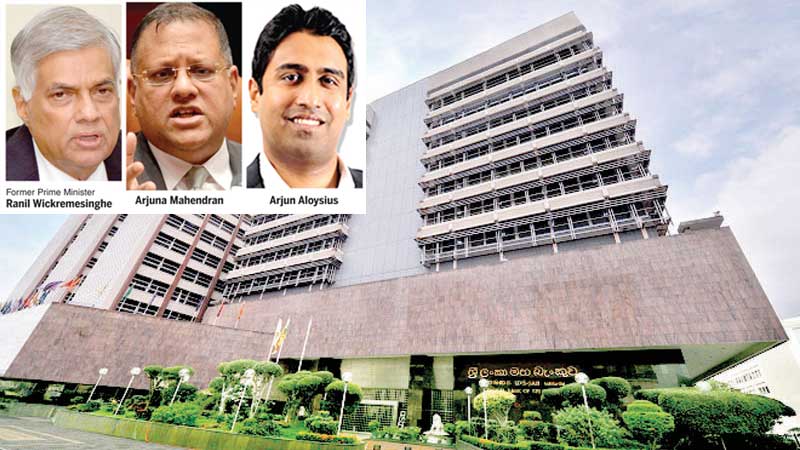 A visitor to Sri Lanka will be struck by the very large number of persons employed in what may be broadly described as security, investigative and inquisitorial activity. For the able bodied, and even the not so able bodied, the ranks of security guards or bodyguards are wide open 24/7. Practically every building, establishment and office in the country is guarded around the clock. The stature of a person is assessed not by his character, but the number of bodyguards assigned by the State to guard his person.

If the visitor decides to spend a few days in the country, he will learn that defence makes the biggest expense item in the country’s national budget; Perhaps here is one occasion when the country stands in the front ranks with international behemoths like the United States, China and Israel.

Sri Lanka being an island State, has no land border to defend; geographically our only significant neighbour in terms of a potential threat is India, a country we cannot match in any manner; a country which has no demands on our territory, and is on the friendliest terms with us. Our relative smallness in size as well as in numbers, taken with Sri Lanka’ s economic vulnerability makes it unthinkable to go militarily against larger, stronger countries. It is said that discretion is the better part of valour, sagacious diplomacy runs through the fabric of our foreign policy like a golden thread; we are friend to all, and enemy to none.

Where then lies the threat, who do we arm against? The warlike Romans used to say, if you want peace, prepare for war. Then, the Romans were warriors and empire builders of a historic scale. There are others who think that if you keep preparing for war, eventually you will get your war, an unhappy prospect indeed. They argue that social spending; education, health and infrastructure; while raising living standards and thereby general contentment, can also bring more meaningful security. From the scenarios we have witnessed thus far, the enemy is within, persons born in the country, who for a multiplicity of reasons have become radicalized, turning against the edifice; a repeating theme. A small country, deeply unhappy within.

Further investigation by our academically inclined visitor would reveal that Sri Lankans are unusually litigious, there is hardly a citizen without a pending matter in some court or quasi-judicial tribunal, either as a party to a dispute, or as a witness. Across the country, thousands are compelled to devote their workdays to these interminable law suits on a daily basis, undergoing the inconvenience of attending inquiries, spending money they can ill-afford. Many are victims of crime, mostly petty, while others are caught in a web of civil offences, committed by unfaithful malingers. Agreements are breached, leases ignored, undertakings dishonoured with abandon, often the offender feigning victimhood; the true victim having to undergo years of frustration waiting for justice.

With a satisfactory system of justice seemingly beyond the nation’s capabilities, perhaps even at odds with its cultural imperatives, our visitor would think that the citizens of this country would have lost their taste for legal processes. But not so, if he looks at any newspaper he will see that more inquiries are afoot; parliamentary committees, presidential commissions, special audits are working around the clock to untangle a hopelessly tangled web of deceit. It is assumed that such special investigations are needed because the usual investigative bodies such as the police are inadequate, or are hamstrung by legal limitations. Perhaps, with more evolved minds coming to bear on the investigations, the deeper causes; ethnic, religious, social, moral and structural roots of the problem can be highlighted. But do such commissions of inquiry end the matter, bring closure to an objectionable, destructive happening?

About five years ago there was the Sovereign Bond scandal, which shook a nation’s trust in its financial structure right down to its administrative core. In 2015, Ranil Wickremesinghe, the then Prime Minister, appointed his long-time associate Arjuna Mahendran Governor of the Central Bank, ignoring the misgivings of several, including the President. The two careers appear to run parallel, whenever Wickremesinghe alighted on the chair of the Prime Minister, Mahendran secures a strategic government appointment from his patron.

Mahendran’s last appointment finally exposed the facade; undoing Wickremesinghe, the UNP, and even that 2015 Government. His son -In-law Aloysius was a well-known primary dealer in sovereign bonds, a subject which came under the purview of the Central Bank, now in the hands of Governor Mahendran, reporting to his friend, Prime Minister Wickremesinghe. After making some routine comments about the economy to sound profound, then ordering a new wardrobe of designer brand formal wear to look the part, Mahendran got down to business. No sooner he stepped into his office things began to go seriously wrong with the issue of sovereign bonds. Beginning the fateful day with a breakfast meeting with old friends (now ministers); the bid quantities were changed perfunctorily, the interest on the bonds re-adjusted, not all dealers were informed and the son-in-law ended up securing an overwhelming quantity of the bonds.

Despite the sustained efforts of the politicians to break their spirit, there still survives little islands of integrity in the public service. Appalled at the Governors’ brazen conduct, those little voices of conscience spoke quietly, but clearly. A most vital aspect of the system of governance we have inherited is the independent media. A section of the media took up the issue of bonds being loaded in the favour of the Governors son-in-law; naturally, all hell broke loose.

What did the Prime Minister do? He first disparaged those raising questions, suggesting they would not know the difference between sovereign bonds and James Bond. Neither an economist, nor a secret agent fighting international crime syndicates, the Prime Minister implied that he was more than expert in these esoteric fields. But the public outcry was loud, not easily to be swept under the rug with inanities.

In a patent effort to obfuscate the issues, he appointed three lawyers from his own political party, the UNP, to investigate the matter which obviously had his party men deeply implicated. Meanwhile, a parliament select committee also began investigating the scam. Here, the UNP MPs played a different role, they were more or less arrayed to challenge the investigation, not unexpected, given that the finger pointed straight at the highest ranks in the UNP Government.

More recently we had another presidential commission investigating the Easter bombing outrage, when a handful of Islamic extremists blew themselves up in targeted churches and hotels killing and maiming hundreds of innocent civilians. The economic consequences from the horror were dire, especially on the tourism sector. Some of the hotel bombers had checked in at the hotels, providing personal information, while others were caught on security cameras. Even before the day ended, the contours of the orchestrated attack were emerging.

If the evidence suggests that the bombings was planned and executed by the bombers themselves, then there is closure because the culprits are also dead. They may have had prior dealings with other Muslim groups, but mere association does not amount to complicity, unless there is shared guilt in the planning and execution of this particular act.

Going to the root of our amplified security urges, insistent demand for further inquiries and continuous recourse to legal processes, is perhaps a suspicious mind, easily given to conspiracy theories.

Our general thinking patterns have resulted in no significant scientific breakthroughs or notable intellectual advancements. Although the country reality provides little evidence of superior reasoning powers, or even work capacity, we see dark shadows and deeper motives behind every phenomenon. Being himself a part of some category, and unable to act outside of the requirements of that category, it is very easy for a person here to reduce another to the status of a mere pawn, a stooge or an agent, an automaton just like himself. By that logic, no one is a self-actuated or self-reliant human being; he is only acting at the behest of a hidden person or power.

To that way of seeing the world, it is impossible that the Easter Sunday terrorists were the prime culprits, they were mere pawns of an invisible Chess grandmaster. The same goes for Prabakaran, Wijeweera, Bin-Laden, Lenin, Mao and for that matter, every other historical figure; all agents for a hidden power; the Sri Lankan mind explores much farther.

On that Easter day, the terrorists could have saved themselves by merely leaving the bombs at the target locations. There were hardly any security checks. Instead, that they chose to die themselves, gives an inkling to their mind-set, or motivations. Their beliefs, interpreted through the narrow prism of fanaticism, beckoned death, instead of promising life.

Anyhow, if there was a hidden hand behind them, a civilian commission of inquiry cannot unravel what investigative agencies like the Police were unable to. A commission of inquiry does not interrogate suspects, administer water- boarding, tap telephones, intercept communications and indulge in other methods which are commonly used in investigating clandestine movements. The commission is duty bound to follow the laws of the land, to the letter.

We are now inured to the bustling security guards, the multiplicity of investigations and the endless inquiries. What in other countries would be a rarity, has become commonplace here. However, we provide intrusive security, conduct unending investigations and end up with long drawn out trials. In the public perception, all these activities are illusory, more an intimidation, a drama which has lost the plot. Meanwhile, justice is sinned against, again and again.