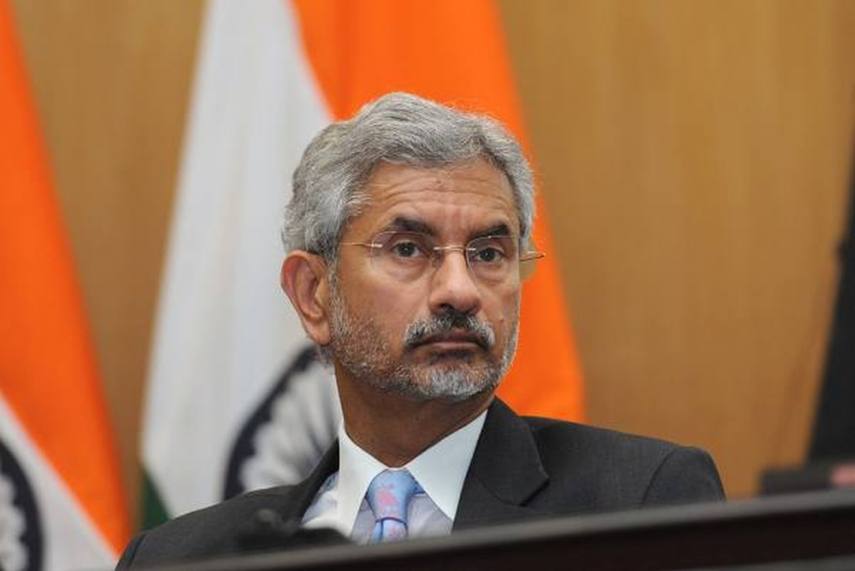 Subramanyam Jaishankar, India’s External Affairs Minister, being a politician has made a political statement. He would know, as any Indian politician would, the temper of the Indian voter. Moreover, since he’s a senior minister of the current Government, he is probably conscious of the different aspirations of different constituencies. In addition, since this is his subject, he is required to answer all queries related to foreign relations.

India has relations with Sri Lanka. There’s an Indian Mission in Colombo and Sri Lanka has one in Delhi. And therefore, it is not unacceptable for any Indian to ask any question related to Indo-Lanka relations. Maybe this is why M. Thambi Durai, an AIADMK Member of Parliament, had raised a question about Sri Lankan Tamils and why Jaishankar has written to him.

If it’s all about Indian politics and intricacies thereof, we could leave it at that. However, Jaishankar has talked of what Sri Lanka should do. Therefore it’s spilled out of the local political matrix. It’s not Thambi Durai’s business and it’s not Jaishankar’s business.

Yes, the International Community, one could argue, has made such a call. The wording is certainly there in the resolution recently passed at the 46th session of the Human Rights Council. It is however a resolution prompted by a need to vexatiously prosecute Sri Lanka.

It was an exercise orchestrated by rogue States, in the sense that the big guns (Deliberate choice of words here) the UK, Germany and France refused to support Resolution 72/157 at the UN’s General Assembly in 2017, a move that called for ‘concrete action for the total elimination of racism, racial discrimination, xenophobia and related intolerance and the comprehensive implementation of and follow-up to the Durban Declaration and Programme of Action.

On the other hand, Jaishankar (Like this so-called ‘International Community’) has a point. Sri Lanka has made commitments on devolutions.

That’s partly because certain Governments made certain pledges which are antithetical to national interest or went along with certain directives from bullies for reasons of convenience (To get out of the heat), timidity and outright political idiocy.

Interestingly, though, this very same International Community maintained a deafening silence when the previous Government was in power and repeatedly postponed Provincial Council elections.

We don’t know if the likes of Durai were concerned about such things back then. Delhi certainly makes the occasional noise about devolution, although calling for elections hasn’t been as insistent. Delhi, as the key pusher (A generous term, by the way) for the 13th Amendment, has a stake one could argue.

On the other hand, having reneged on the Indo-Lanka Accord which gave birth to the 13th Amendment, India has effectively abdicated the right to be ‘concerned.’

Sri Lanka ended up delivering India’s side of the bargain (Disarming the LTTE or eliminating terrorism if you want to put it in stark/true terms) and India got what it had always wanted, a big-brother constitutional guarantee to interfere.

Jaishankar has bragged (to Durai) that India urges Sri Lanka to ‘forward the process of reconciliation, address the aspirations of the Tamil community and continue to engage constructively with the international community.’

He’s talked of India’s statement at the HRC’s interactive debate outlining this position. He has also assured Durai that ‘all efforts are being made to ensure that the safety and interests of Tamils in Sri Lanka are fully safeguarded.’
All this is rich, coming from a minister in a country that armed, trained and funded terrorists and precipitated a bloody insurrection which was bound to compromise severely the safety and interests of everyone in Sri Lanka, Tamils included.

India, Jaishankar claims, has ‘an abiding commitment to aspirations of the Tamils of Sri Lanka for equality, justice, peace and dignity.’ India doesn’t have such commitment to certain communities living in India, as implied above.
India can have commitments to the aspirations of anyone anywhere in the world. India can have commitments to biodiversity, gender equality, sustainable development and chemical-free lifestyles in India, Sri Lanka, Burma, Kentucky or even Jupiter. However, India does not have any right to tell Sri Lanka what to do.

We needn’t go into all that. Considering that it’s part of the Constitution, there’s nothing wrong with holding elections. Stupid, but legit, let’s say.

It seems, also, that major political parties are readying for Provincial Council elections. Obviously for narrow political reasons that have little or nothing to do with affirming equality, justice, peace and dignity, one might add.The problem is that we are also in the middle of an exercise to formulate a new Constitution. Now suppose the drafters, having (as one would expect) made a careful study of the existing constitution noting its strengths, weaknesses and the elements in it that were pushed through illegally (like the 13th Amendment), came up with a draft that significantly amends the 13th Amendment or even repeals it? What then?

Those who for whatever reasons want Provincial Councils can petition the Supreme Court to keep the 13th as is because ‘after all, it’s been endorsed by the very fact that elections were held and people have voted’ (note: people do not always vote thinking of equality, justice, peace and dignity a la the nonsensical logic for the 13th). What then? They would have a point.

The SC could very well uphold the point. There would be an elephant in the room that no one can ignore. A wild, stupid and white elephant. We can do without that kind of human-elephant co-existence.