India has no moral right to ask for implementation of 13A: Weerasekera 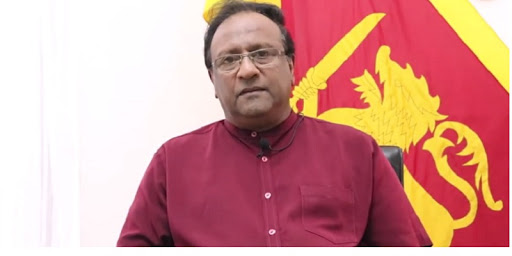 India has no moral right to ask for the fully implementation of the 13th amendment to the Constitution, Local Government and Provincial Councils Minister Sarath Weerasekera told Parliament yesterday.

Participating in a debate at the time of adjournment of the House on foreign agreements of Sri Lanka, the Minister said that the amendment has been interpreted as an outcome of Indo-Lanka Accord of which the role and commitment of India as a party to the agreement was at question because India did not fulfil its commitments.

He said, “Indian Prime Minister Narendra Modi has asked our Prime Minister to implement the 13th amendment overlooking that the amendment is an internal affair of this country. When foreign governments adversely commented on India’s abrogation of Article 370 from its constitution, accusing India of abrogating special status given to people in troubled Jammu and Kashmir region there, our prime minister Mahinda Rajapaksa when asked to comment said that it was an internal matter of India,” the minister said.

“Knowing that the 13th amendment is an internal matter of Sri Lanka, Prime Minister Modi asking for its implementation does not show the same reciprocation. Some interpret that PM Modi is asking so on the mandate of Indo-Lanka Accord. It raises the question whether India genuinely adhered to its own commitments to the Indo-Lanka Accord. The 13A is not even mentioned in the Accord. The Accord is something forced down on us by India.

“I have my reservations about the Accord. Did India honour her part of that agreement? As per the agreement India is to enable the return of Sinhala and Muslim Lankans living there as refugees to take part in voting here. India promised in the agreement to create an environment conducive for them to exercise their franchise. Thousands of Sinhala and Muslim Lankans still live there having no means to return home.

“India also promised in the agreement to ensure within 48 hours cessation of violence and all arms of the terrorist groups in Lanka would be surrendered to authorities. We know that it had been done only as a token because the LTTE handed over few firearms ceremoniously but there were no cessation of hostilities. Even the IPKF of the Indian army, one of the largest armies in the world, had to return to India with heavy casualties.

“It was the Lankan forces under proper political leadership could defeat the LTTE – that too at a huge cost where 29,000 were killed and 14,000 wounded in action. So, India did not fulfil her role in the agreement.

“Also the question arises whether the agreement was signed under duress, or whether contents of the agreement compromised Sri Lanka’s sovereignty. Because, when our forces were about to crush the LTTE and capture LTTE leader Prabhakaran at Vadamarachchi, India violated our airspace and dropped food and medicine to Jaffna famously known as ‘dhal dropping’ operation of India.

“Also it mentions about Trincomalee Harbour and Oil Tanks Farm. The Sri Lankan courts have nullified the merger of the northern and eastern provinces which was one of the clauses of the Accord.

“So there is a serious concern about the validity of the agreement and if it is not valid, India has no moral right to interfere in our internal affairs.

“I must remind India, soon after its independence there was a separatist movement by the Dravidians. EVR Periyar advocated Nazi style anti Brahmanism. That is why Jawahar Lal Nehru broke India into 28 linguistic states.

In ancient China and many other civilizations like Roman, Greek, when regional powers became strong the then empires were broken up and diminished. Ambedkar expressed that ‘linguistic states and political entities will become a stepping stone for creation of separate states’.

He further said that road between an independent nationality and independent state is very narrow. If this happens, modern India will cease to exist.

Here we talk about devolution of power for a province as a unit with provisions to amalgamate two provinces.

So India should be cognizant of the fact that granting self-determination to North or the merged North and East could be utilised as a stepping stone for a Dravidistan or if not they could link up with Tamil Nadu. So Balkanization of Sri Lanka into a provincial governments through 13A will invariably affect the existing unity of India. The promoter will then become the victim.”