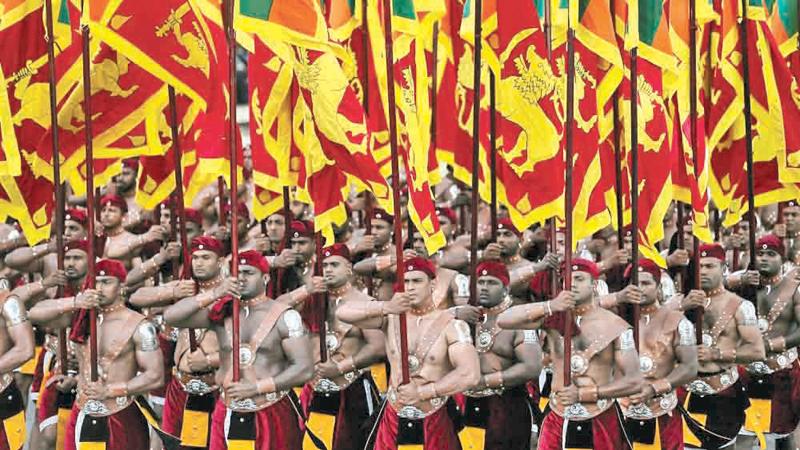 “Patriotism is when love of your own people comes first; nationalism, when hate for people other than your own comes first.” – Charles de Gaulle

In the Cambridge Dictionary, the word ‘independence’ is described as, the state of wanting or being able to do things for yourself and make your own decisions, without help or influence from other people. In the context of relationships between different countries, independence refers to the freedom to make laws or decisions without being controlled by another country or an organisation.

Independence is a condition of a person, nation, country or state in which its residents and population exercise self-government, and usually sovereignty over its territory. It may not be a difficult task to find out whether or not Sri Lankans can claim such independence with territorial sovereignty and/or possibilities of self-government.

That may be a common observation throughout all the countries that have supposedly been granted ‘independence’ by their colonial rulers. History shows that there was a systematic decolonisation process, ending colonialism as was known at that time, especially, after WWII, due to several reasons, none of which perhaps was a genuine interest to see the well-being of the citizens of that newly formed nation.

The United States, Germany and Great Britain were all doing well economically and had similar rankings as exporting countries at the beginning of WW I. However, Great Britain ended up selling a majority of its investments to the US to finance the war. The US tactfully kept a constant pressure on all other colonisers to give up their colonies, since it was in their best interest to do so.

This did lead Britain’s economy in a downward spiral bringing their military power also down with it. They had to increase exports and/or decrease imports and develop new lines of production and increase the market share.

They were not hesitant to consider the rising standards of living in other countries as an indicator of expanding markets.

Therefore, it is in their best interest to help the people in those decolonised nations even further, to improve their living standards while controlling the international markets.

The transition of the world power, both economically and militarily, from Britain to the US was slowly taking place during the two World Wars and the US used the language of liberal democracy, national self-determination and economic laissez-faire to explain them to the rest of the world.

This transition was also used to erase the memories of colonialism as we knew it from people’s minds while introducing a new kind of economic colonialism through international organisations such as the UN, World Bank and IMF.

Propagating democracy and capitalism was the priority of this new empire that was being built where each nation was made to feel that they are independent from the super power, they have the total freedom of choosing their own leaders and their destiny is in their own hands so that as long as they put their country first they would do well.

Patriotism was given an important role in the American society where an opportunity to serve in the military was popularised as a privilege and an honour.

These new economic colonies are encouraged to have ‘democratically elected’ governments as long as the leaders who get elected are willing to follow the orders of the super power.

Over the course of a generation, patriotism in America, hijacked by the far-right and abandoned by the left, has become an extreme version of ‘white nationalism’. The author Sydney J Harris stated, “The difference between patriotism and nationalism is that the patriot is proud of his country for what it does, and the nationalist is proud of his country no matter what it does; the first attitude creates a feeling of responsibility, but the second a feeling of blind arrogance that leads to disaster.”

With rhetoric such as ‘make America great again’, ‘America first’, ‘No immigrants’ ending up with an attack on the legislative branch of the government by a group of extremists, supporters of the previous president have shown this blind arrogance in the name of ‘nationalism’.

That kind of leadership from the super power certainly helped a gradual increase of ultra-nationalistic political sentiments around the world during the last four years.

One such escalation of ultra-nationalism in Myanmar ended up in a military coup overthrowing a democratically elected government. Nations around the world are striving towards individual betterment.

Within each nation people are trying to achieve success individually not seeing the benefits of helping each other out in increasing the awareness of the surrounding conditions affecting each and every one along the way.

The leader of a country would certainly influence that country and even surrounding countries sometimes. One could imagine the kind of impact the most powerful country will have on every other nation on the planet.

Therefore, it is important for the people in smaller nations like ours, to understand the bigger picture and not assume a false sense of independence and/or not to be intoxicated with the blind arrogance of nationalism.

The biggest contribution people can make to their own development as well as their nation’s development is to be true patriots who would prioritise country above self, contribution above consumption, stewardship over exploitation, freedom with responsibility, purpose through sacrifice and service, pragmatism, a fair shot for all and are willing to get involved in the decision making process in whatever capacity needed, while appreciating each and every other citizen’s contribution irrespective of their caste, creed, religion and race.

The writer has served in the higher education sector as an academic for over twenty years in the USA and fourteen years in Sri Lanka and can be contacted at thilanh@gmail.com