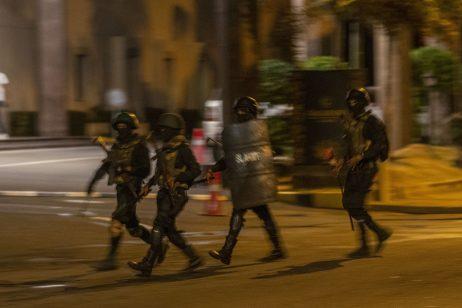 Defense spending is often a country’s largest budget item. It is also the most controversial. While some argue that the defense budget should be reduced and the money be allocated to education, health, and social welfare, drastic cuts would be impossible without serious upheaval in society.

This is the case with Sri Lanka, where a drastic reduction of the defense budget could lead to upheaval and unrest, which it cannot afford right now.

Indeed, Sri Lanka does spend a lot on defense, and successive governments have continued to increase defense spending despite the end of the civil war in 2009.

A major problem with the demand for slashing allocation for defense is that of the total defense allocation of $1.45 billion, $1.29 billion is for recurrent expenditure. Only a fraction of the budget goes toward capital expenditure. This means that any meaningful reduction of the defense budget cannot be made without a reduction in troop numbers.

Since 2009, the government has spent precious little on capital expenditure. To further slash this expenditure would make the security forces redundant and unable to cope with the challenges they must face. Sri Lanka’s naval fleet mainly comprises relics from the late 1970s and 1980s and needs modernization.

Reducing the defense budget is therefore not easy. The military employs a large number of people and the income generated by these young men and women is an important source of income for Sri Lankan families. Especially in some rural areas, the village economy would collapse if soldiers were let go.

Since the 1980s, successive governments allowed the agricultural and manufacturing sectors, which used to be the backbone of the rural economy, to stagnate. The contribution of these two sectors has continuously declined and most of the jobs left in these sectors, especially in agriculture, are low-productive jobs. Given the degradation of the rural economy, many rural youth joined the military to escape poverty. This explains the steady stream of recruits from rural agricultural and semi-urban areas to the military.

Analysts have argued that Sri Lanka should have carried out defense sector reforms soon after the end of the civil war. Many academics insisted that then President Mahinda Rajapaksa held onto an oversized army, which drained Sri Lanka’s public funds, and that steps should have been taken to reduce the defense budget from 2009 itself.

My opinion on this matter is different. I believe that Rajapaksa did in fact carry out security sector reforms — not by reducing the size of the military, but by giving it new tasks. He reoriented the security forces toward development projects, and the army engineering corps played a significant role in the massive construction projects during his presidency. The military was also encouraged to do business in areas ranging from farming to managing hotels.

The military did very well when it came to construction and maintenance. The engineering corps of the Sri Lanka Army carried out a number of major constructions efficiently and adhered to deadlines, which is not what we usually see from Sri Lankan construction companies. In addition, the Ministry of Defense, which controlled the Urban Development Authority (UDA), did an exceptional job in making Sri Lanka’s major cities more attractive spaces.

Sri Lanka is going through a serious economic and political crisis. A large number of people have lost jobs, and there are fears that millions of jobs will be lost if small and medium industries collapse. Crime is already on the rise.

As I mentioned, the only way to reduce the defense budget in a significant way is to let soldiers go. But letting these young men and women (with weapons skills and anger over losing jobs after having put their lives on the line) into an economy where the job market has collapsed would be disastrous socially and economically.

Rajapaksa faced this dilemma at the end of the war and tried to reorient the army toward development activities. The current government will also have to look at options to redirect troops to different sectors to ensure stability. Drastic social experiments involving angry young people with weapons training can perhaps be conducted when the job market recovers.