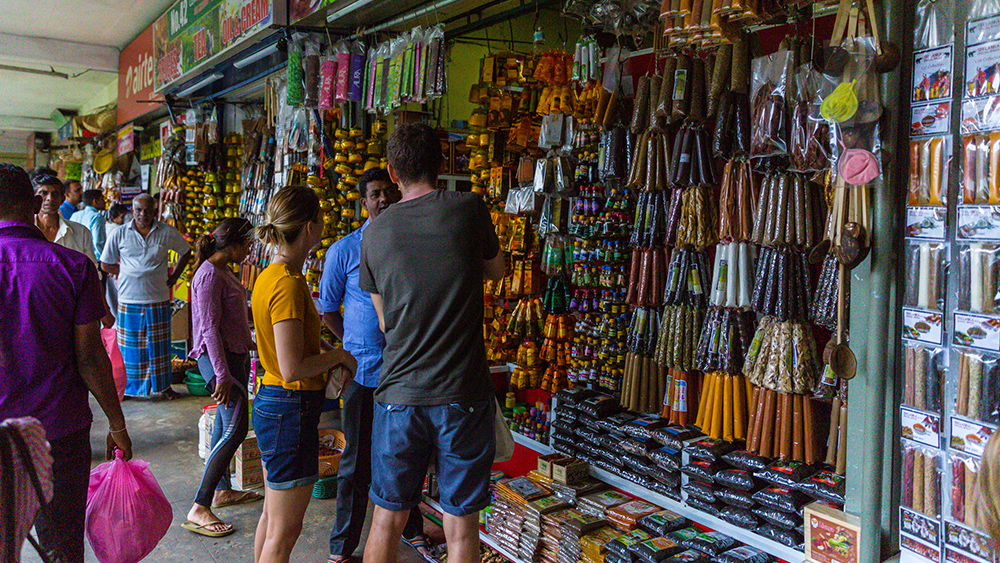 Not only should Covid-19 end this year, Covid-19 should also stop being the main topic of public discourse. This was difficult particularly for media institutions to achieve last year. Covid-19 hogged the debate space. A large part of this was due to the expediency of politicians.

They used the contagion to try and make themselves relevant by attacking the Government’s pandemic control record. Some would say politicians would be politicians — as boys will be boys. However, the time seems to have come, to bring public discourse closer to reality.

We have to move on from Covid-19, and this seems to be the time for it in the new year. A New Year resolution swearing off Covid-19 discussions will not do, as most people do not stick to such promises they make to themselves at the beginning of each year.

But, reality itself is knocking on the door. If we consume ourselves with Covid-19 related thoughts, the world is bound to pass us by. We need to address the other issues, and allow more space for discussion on domestic concerns, because Covid-19 is strictly speaking not even a domestic matter.

Somebody may say it’s insane to say this. If people are dying of Covid-19 here in this island, that becomes our issue they will tell us, even though the virus was, at some point in time, unwittingly imported. But it’s not the virus per se— and it’s being discovered here — that was the problem. As a wag observed, it was also the information virus that came along with it. Yes, absolutely, an information virus accompanied the coronavirus. That had its own momentum.

The people could only talk about the pathogen. The tiny microbes were running our lives because of what we were being told 24/7 about them.

That trend has to end, beginning this year, period. We cannot be consumed by the information virus about the virus, let alone the virus. There is so much else to do, and so little time in which to do it.

We have to find answers for practical problems that bedevil us, the economy being the first among them. But there are also other issues such as a new social and political order — a new Constitution we have been promised — and our relations with the rest of the world.

For many of the issues, we have to find the correct answers. In this regard, the doggedness of Cardinal Malcolm Ranjith, in this writer’s mind, is one of the finest examples. Cardinal Ranjith wants to find the truth about the Easter Sunday bombings. He was never satisfied with half measures. He wanted a non-partisan Commission and never fought shy of being critical when he thought the powers that be were taking their eye off the ball.

The Cardinal is right, because it’s only a real investigation that can yield real results. In this regard, a factual reference from a stable and generally respectable democracy, New Zealand, may serve as a sterling example.

New Zealand suffered its worst peacetime disaster when an Air New Zealand jet crashed in the Antarctic in 1979 when the aircraft was on a regular sightseeing flight over the Mount Erebus area. The crash killed all 257 on board, of whom the majority were New Zealanders with others from the US, Japan and a few other countries.

This was considered a major incident in New Zealand, a generally peaceful country that’s not prone to tragedies by way of terrorist attacks and other calamities. The government called for a thorough investigation into the crash, and the task was entrusted to one Mr. Ron Chippindale. The Chippindale Report put down the cause of the crash to pilot negligence, and the flight crew ignoring instructions. The matter was considered closed.

However, there was a public outcry, and a demand for a thorough investigation because everyone felt that the tragedy had been glossed over in the initial inquiry. Bowing to public demand, the government opened up a second investigation, and appointed a QC and former judge Justice Peter Mahon, to investigate.

The Mahon Report when it was finally released after a month long investigation, completely overturned the previous Commission findings and determined that the pilots had been given the wrong coordinates, and that there had been substantial cover up by Air New Zealand in trying to lay the blame on those who flew the plane.

The Judge made one phrase famous, and that was about the airline’s ‘orchestrated litany of lies.’ There was upheaval in the country, and the previous findings were comprehensively debunked. Last year after more than forty years since the incident, the incumbent Prime Minister of New Zealand Jacinda Arden issued an apology to the families of the dead pilots on behalf of the country’s government.

The facts about the Easter attacks may finally emerge after a proper investigation, and the Cardinal is right to be focussed so doggedly on getting the truth out. This reality holds true for many other issues — even more complex ones such as constitutional issues, and on how independent the so-called independent Constitutionally mandated Commissions were in the past. The truth will be extremely liberating with regard to these concerns.

Improving public sector efficiency is another priority area that can be comprehensively examined. For various reasons, the promised meritocracy almost never materialises, and these issues are connected to the entrenched nature of vested interests.

But, nevertheless, the same punditocracy that is recycled at public discussions at various forums and on the television discussion channels seems to be intent on talking about Covid-19 until the cows come home.

This should be the year for switching gears. Covid-19 will be behind us sooner rather than later. The Opposition punditocracy is almost entirely useless these days. It’s silly season for them. A former deputy Defence Minister during whose tenure the worst terrorist attacks took place, has issued a Covid-19 related statement saying the Navy is being used ‘as lab rats’, and that steam inhalation is bad for Covid-19.

This man is so totally out of his depth that it’s an embarrassment. There is no need to get back to the subject of Covid-19 because the point is to get out of it — but just one point, steam inhalation was supposed to be the key method by which the Chinese kept Covid-19 numbers down, if this individual had bothered to do his research.

Giving President Gotabaya Rajapaksa tips on how to maintain our forces, is like telling Tiger Woods how to hold his golf iron on a tee shot.

Moving on, hopefully 2021 will be the year that conventional wisdom is trumped by greater good sense. It was to a great extent conventional wisdom that kept the information virus about Covid-19 lingering on the front burner, hogging all public discourse when there were a myriad other issues that deserved far more public exposure. That received wisdom was wrong. The country cannot be stuck in one place, and there is a need to move on to a better location than the one in which the endless prattle about the pandemic is considered educated.