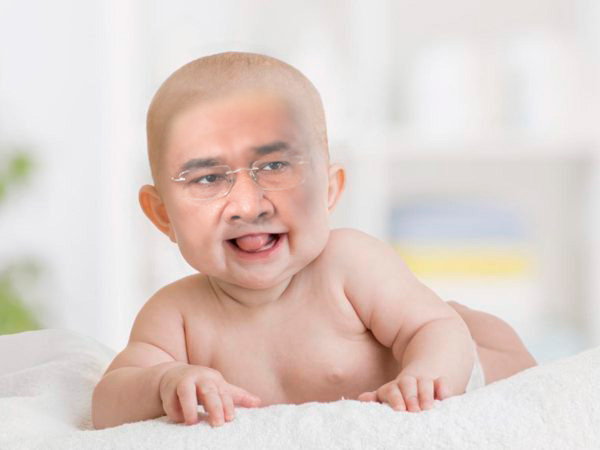 Every time we fathom Merv’s kolla has fondled rock bottom, he blows bubbles from licking even lower booty.

He has now decided “moral hero” Biden has won.

How does he know? The highly corrupt US electoral machinery has not yet declared a winner. From him, the capitalist media decides!

And then all these li’l brown boys and girls who live by BBC and CNN alone, start yipping:

Is this how democracy works? The media, so-called handmaiden of democracy, become unilateral headmaster.

Then again, this is how the US and the EU determine the legitimacy of elections around the world. Wall Street whispers to the Pentagon. The Pentagon orders Manhattan. They signal their media keyboard-tappers to rat-a-tat that they do not like the choices nations make.

Witness Bolivia, Venezuela, etc. The whites have even started recognizing leaders unelected (Guaido, etc). They’ve long deposed and destabilized, murdered and massacred tens of millions for choosing the wrong leaders. So why not!

“With Biden begins the end of American decline”. American? Does this include Tierra Del Fuego too?

“America is a beacon for the globe”  What on earth would Cayetano Carpio, Li’l Merv’s old Salvadorean guerilla hero, think. He probably would commit suicide again.

Let us spare readers such hack orgasmic hyperbole, this apparently heterosexual kolla indulges in, to describe his moral hero.

He must surely be looking for a green card. Yesterday’s Moscow Man, is today Indo-Pacific Putz.

Here we go again, as Ronald Re-gun used to say! He repeats this “small island” business twice, as if he is looking at his shrivelled self, hoping someone will lend him some ideological viagra!

But Biden as Hegel’s weltgeist – world’s soul? That skanky decrepit from corporate tax hideout Delaware, a symbol of democracy? Like it or not, Trump is a man of the people. Not us people. Them white settlas. They who have ruined that stolen land.

Biden? The People, No!

But not for Li’l Merv, and his little nerve ending. He claims we may witness there a “Civil War of the 1860s, enhancing the moral strength of the American idea, ideals and system throughout the world.”

So! When whites mass murder each other in the hundreds of thousands it is civil and moral.

There’s a small truth in his Goebbelsian big lie. Lincoln’s PR was better than Lincoln himself. Lincoln was a mass murderer who ordered the hanging of 38 Dakota! Lincoln wished to deport all the enslaved Africans back to Africa! Lincoln refused to free the slaves until the last moment, when the slaves started freeing themselves. Read WEB Du Bois.

And while the US promotes this image of Lincoln, the truth is the northern whites later struck a deal with former slave owners and destroyed Black Reconstruction, beginning systematic lynching of thousands, with the US Supreme Court ruling, Blacks were two-thirds white.

Poor Li’l Merv has lost his nerve, his mojo.  But Li’l Merv wants us too to suck on his political pablum.

He has decided to swim to a Quad warship doing war games in the Malabar sea, perhaps to help drown whales on Panadura beach!

He has joined the old US Anti-China Lobby.

There is no other way to describe this intellectual debasement than to recall Lenin’s characterisation of “imperialism’s hired coolies of the pen” – these “petty-bourgeois reactionaries”, who the reality of the US and the EU as the leading warmongers always help expose.