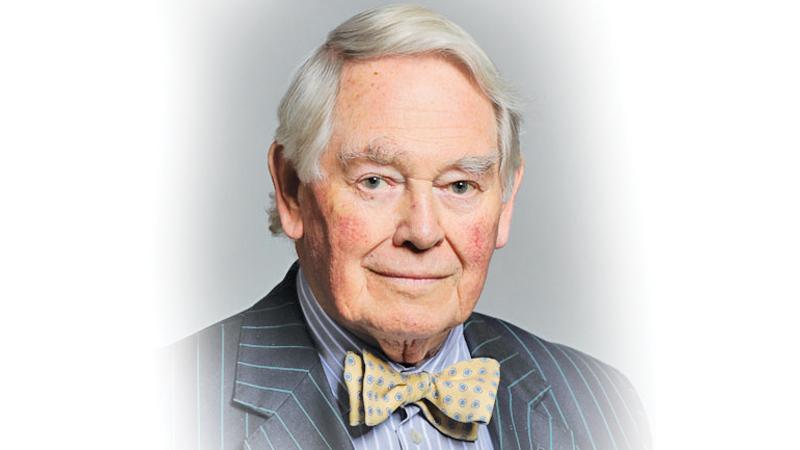 Lord Naseby, who is also the President and founder of the All Party British Sri Lanka Parliamentary Group, warned the United Kingdom that Sri Lanka would be forced back to count on China and posing a threat to the Indo-pacific strategy if the United Kingdom chose to dictate.

In a statement during the Debate on the Queen’s Speech at the House of Lords on May 19, he said, “If the UK chooses to dictate, then let me be clear: there is a clear risk to our Indo-Pacific strategy on Sri Lanka. It will be forced back to rely on China, thereby threatening the sea lanes and the dissident Tamils setting up an independent state. Is this really a way to say thank you to a country whose people helped us in two world wars and whose Government accepted and helped our Government over the Falklands vote in the United Nations?

Making his remarks on the UNHRC report on Sri Lanka, he said it had generated huge tension in the country and the UK role as the chair of the Core Group with the United States having pulled out. He said Sri Lanka’s war was between the democratically elected government and the world’s most eveil terrorist outfit.

“The war of 2009 was not some minor insurrection, so judgement must be made on the basis of the law of armed conflict, known as the international humanitarian law. It was a war between a democratically elected Government and probably the world’s most evil terrorists, who killed two presidents, ministers, civilians in their thousands and the most moderate Tamil leaders,” he said.

“ It was a war partially conducted from Camden in London, at the Tamil Tigers’ international HQ, led by Anton Balasingham—a UK citizen. Millions were raised illegally here on the ground in this country. His wife, Adele, was fighting in Sri Lanka and was closely involved in recruiting over 5,000 child soldiers, as stated by the UNICEF. This is a war crime by any yardstick,” he said.

“Charges by the UN start with the Darusman Report, from three human rights Lawyers who never visited Sri Lanka.

Worse still, they claimed that at least 40,000 civilians were killed. But all the sources of evidence are to be hidden for 20 years. Is this robust evidence? Why the secrecy? The second UN report, from OISL, is largely based on the first, Darusman. I spent three years looking at all the sources, which I have listed in my book, “Sri Lanka: Paradise Lost; Paradise Regained”. I have given a copy to my noble friend; I do not know whether he has received it, because he has not yet told me. The claim is of Tamil genocide, but my firm conclusion is that there were a maximum of 6,000 to 7,000 deaths. My evidence is verified—there was no genocide. My evidence comes from sources such as US Ambassador Blake, the UN in-country team, the census done after the war by the Tamils, University Teachers for Human Rights, the UK’s own expert military attaché in the field and many others, all of whom confirm the figure of 6,000 to 7,000. But just recently, Her Majesty’s Government stated in a letter sent to me from the MoD on 25 March, and in another from the FCO, that “despatches written by Lieutenant Colonel Gash

… reported on isolated information … from a number of different sources … without offering any independent verification of this information. As such, they cannot be considered an evidenced-based assessment”.

One wonders why in heaven the dispatches I have—48 pages of what has been produced—are so heavily redacted if they are so useless. In my judgement, that redaction should be removed forthwith.

It is wonderful—not only is our military attaché cast aside and my evidence seemingly cast aside but it goes on. I say to my noble friend: read the Paranagama Commission Report, which had some of the UK’s finest human rights Lawyers as advisers—namely Sir Desmond de Silva, Sir Geoffrey Nice and others. Their eminent view on Darusman was that it was of no value to a court seeking to establish the truth because the reports are based on anonymous sources. There are others on top of this; there is the US Military Attaché. All report that the Sri Lankan army behaved appropriately under the leadership of General Shavendra Silva. OISL’s view on the camp of 200,000 was that it was a quasi concentration camp. How so, when the Red Cross was there from day one? Additionally, the Tamil MPs who visited it said a huge thank you to the Sri Lankan Government for the way the Tamils were looked after,” he said.