ICJ is latest victim of US sanctions circus 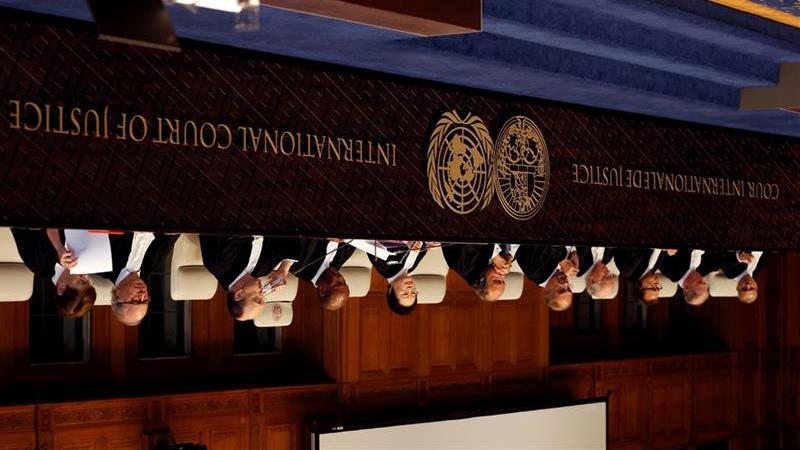 The US is on a sanctions spree. One round of sanctions this week targeted officials of the United Nation’s top Court – a protector of rights. The other hit a string of companies including those operating Sri Lanka’s Colombo Port City Project over its affiliations to China – a country that the US repeatedly labels as a violator of rights. Paradox much?

The sanctions on the International Criminal Court (ICC/ICJ), including chief prosecutor Fatou Bensouda have shocked the rights community. Their crime? Investigating whether US forces committed war crimes in Afghanistan.

Secretary of State Mike Pompeo accused the court of “illegitimate attempts to subject Americans to its jurisdiction”. It is strange that he forgot how successive US administrations have pressured other countries in the world with sanctions and intimidated them for standing up to such meddling. Sri Lanka has been no exception, having to counter US-led action in another UN body, the United Nations Human Rights Council (UNHRC) resolution after resolution over human rights and accountability and being on the verge of international isolation.

Machiavelli’s political realism rejects morality in politics and argues that states should use its means regardless of whether they are moral or immoral to achieve their political goals or interests (Karpowicz, J. 2012). This is exactly what the US is doing with ICJ. Get on a moral high horse and push the ICJ to intimidate other countries in the name of rights violations, and turn on the horse if it dares question the master’s duplicity. US’ superpower status has repeatedly led other big players to ignore this circus under the guise of rights.

Thucydides was spot on when he said the key determinant in an international system was the ability of a state to maintain security and power. Factors like military power and the possibility of survival take precedence in international relations than moral talk or idealist values. When US President Franklin Roosevelt coined the term ‘United Nations’ in the1940s, little would he have known his successor of 70 years would attack the very foundations of the UN system. Never mind what he envisioned, when the US harped on rights back then, the world followed suit, thanks to the US’ global foothold on security and power. Now, when the US turns against those rights, the world still follows, because the US is still the biggest-provider of power and security to the international system despite the challenge from China.

The US is not the only country which has either fought back or ignored ICJ ruling.

In a similar case, the ICJ ruled in February 2019 that Britain should return Diergo Garcia to Mauritius (The Economic Times, 2019), where Chargosians – its original occupants were expelled from their land to make for a British base which now homes a US military base. The ruling has been ignored to date with zero consequences.

The message from the superpower is clear: ‘Want to be delinquent? Obtain OUR seal of approval. Dance to our tune and we will ensure your dance is never obstructed, even by the top UN Court.’

The danger for US partners, as Arundathi Roy put it is simple. ‘’The American Way of life is simply not sustainable because it doesn’t acknowledge the fact that there is a world beyond America”. When superpower karma comes home to roost, the smaller states are sometimes ordered to play sacrificial lamb, because in power politics, the biggies think they are right, and even worse, decide what the small players deserve to have.