HYPOCRICY OF OUR COLONIAL MASTER! 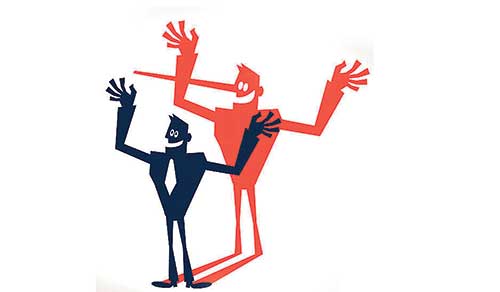 Irrespective of what happens at the UNHRC, there is one thing we should never forget; the arrogance and hypocrisy of our colonial master! The behaviour of the British Government is despicable. The UK has taken from the ‘nouveau-evil empire’––the US––the task of pressuring member nations of the UNHRC to vote against Sri Lanka! All this for the crime of defeating terrorism! Is this what is expected of the so-called leader of the Commonwealth?

It is a shame that the British representatives have not read Mathias Keittle’s excellent, well-reasoned piece “A German Analyst’s View on the Eelam War in Sri Lanka” which appeared in The Island on 28 February.

Considering there are allegations that some friends of high-ranking politicians of the British government made a mint from Covid-19 epidemic, one begins to wonder whether the Tiger-rump has helped some of them line their pockets. After all, it cannot simply be for a few votes. It will be interesting to see if the British government can counter what Matias Keittle so emphatically stated:

“Sri Lanka eliminated a dreaded terrorist group, with intricate global links, but receives little credit for it. Unlike elsewhere in the world, Sri Lanka has succeeded in resettling 300,000 IDPs (Internally Displaced Persons). There are no starving children for the NGOs to feed but this gets ignored. Sri Lanka has avoided mass misery, epidemics and starvation but the West takes no notice of this. Sri Lanka has attained enviable socio-economic standards for a developing country while eliminating terrorism but gets no acknowledgement. The government of Sri Lanka and its President continue to enjoy unprecedented popular approval through democratic elections but this is dismissed. The economy is functional, but remains not encouraged by the West.”

My concerns perhaps are confirmed by what Lord Naseby, a government peer sitting in the British House of Lords, has stated. The following from the statement by Lord Naseby published in The Island of 5 March under the title, ‘Lord Naseby asks why Adele not prosecuted in the UK for child recruitment’, surely, is an indictment on the British government:

“I am astounded how the UK or any other Member of the Core Group can possibly welcome the High Commissioner’s so called ‘detailed and most comprehensive report on Sri Lanka’ when it is riddled with totally unsubstantiated allegations and statements completely ignoring the huge effort to restore infrastructure and rehouse displaced Tamils and Muslims, who lost their homes due to the Tamil Tigers.

“Furthermore, I question how the UK government knowingly and apparently consciously withheld vital evidence from the despatches of the UK military attaché Col. Gash. Evidence I obtained from a Freedom of Information request, resisted by the Foreign Office at every stage for over two years. These dispatches from an experienced and dedicated senior British officer in the field makes it clear that the Sri Lankan armed forces at every level acted and behaved appropriately, trying hard not to harm any Tamil civilians who were held by the Tamil Tigers as hostages in a human shield.

“This conscious decision totally undermines the UK‘s standing as an objective Leader of the Core Group; made even worse by the impunity for not prosecuting the LTTE leader living in the UK, largely responsible for recruiting, training and deploying over 5,000 Child Soldiers – a real War Crime. It is time that the UK Government acknowledges and respects the recommendations of the Paranagama Commission, which involved several international expert advisers, including from the UK – Sir Desmond de Silva QC, Sir Geoffrey Nice QC, Rodney Dixon QC and Major General John Holmes.”

Her Majesty, Queen Elizabeth II, has strived so hard to strengthen the Commonwealth of Nations so that the UK could successfully transform itself from a colonial master to a friend of the past colonies but Her Majesty’s Government seems to be behaving in a manner to undermine Her efforts. Her Majesty’s vision of friendship and cooperation seems to be countered by the bully-boy tactics of politicians.

The excellent editorial “Should SL follow UK?” in The Island on 24 February concluded with the following:

“Anything Westminster goes here. It is the considered opinion of the defenders of democracy that Sri Lanka should emulate the UK in protecting human rights. What if Sri Lanka takes a leaf out of the UK’s book in handling alleged war crimes? In November 2020, the British Parliament passed a bill to prevent ‘vexatious’ prosecutions of military personnel and veterans over war crimes allegations. This law seeks to grant the British military personnel, who have committed war crimes, an amnesty to all intents and purposes. The International Criminal Court (ICC) has ascertained evidence of a pattern of war crimes perpetrated by British soldiers against Iraqi detainees, some of whom were even raped and beaten to death. Curiously, the ICC said in December 2020, it would not take action against the perpetrators! Too big to be caught?”

the UK may argue that it has to protect military personnel against vexatious prosecutions. If so, they should understand the position of Sri Lanka. We know that the US administrations, be it under Obama, Trump or Biden, run more on brawn than brain but we expect better from the UK. Why or why do they have to behave like a poodle of the US.

Is this not hypocrisy of the highest order? Shame on you, the British government!