How the LTTE was defeated 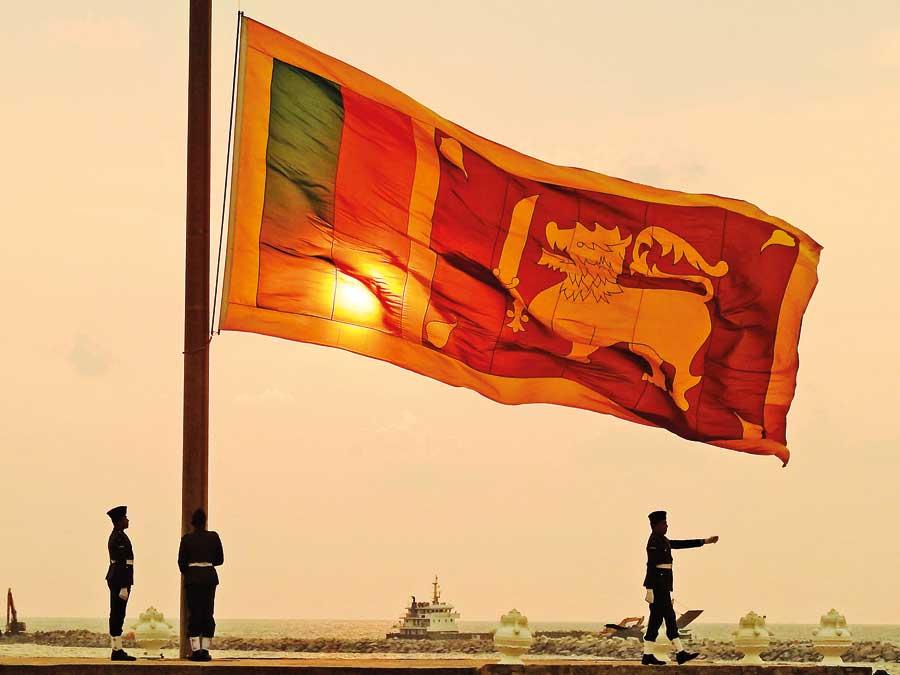 There are so many theories about the defeat of the Liberation Tigers of Tamil Eelam (LTTE) 12 years ago by the armed forces. Yet, almost all of them seem to be subjective, politicized and aimed at glorifying one or the other stakeholder of the victory against the Tamil Tigers, sidelining others who played a similar or larger role during the war.

In fact, it was not only those who led the fight against the LTTE who had to be credited to the outfit’s defeat, but the rebels themselves immensely contributed to dig their own grave.  Ultimately it was a combination of honesty, dedication, military acumen, sacrifices and compulsion of many as well as the folly, miscalculation and lack of understanding of the geo-politics by the Tiger.

There is no doubt; the defeat of the Liberation Tigers of Tamil Eelam (LTTE) will go down in the annals of history as a remarkable achievement by the country at large. This was a tremendous victory for the armed forces, because the LTTE was not a mere guerilla group comprising frustrated rural lads, but it had turned to be a well-trained army capable of waging urban and jungle wars, guerilla or conventional, against battle hardened, well trained armed forces of a country for around thirty years.

They smashed up the isolated Mullaitivu garrison killing around 1200 soldiers in mere two days in 1996, rolled back the longest military operation in the Sri Lankan history, the 18 month long “Operation Jayasikuru” which involved more than 30,000 troops in 1997-1998, launched a five-hour long daring attack on the Katunayake International Airport and the air base in 2000, overran the strategic Elephant Pass military complex that housed more than 10,000 troops in 2000. One would realise the magnitude of the victory of the armed forces and the enormity of the defeat of the LTTE, when recalling these and hundreds of more daring rebel attacks during the war.
Before the appropriate military leadership emerged and a politico military correlation was set in place to win the war by the armed forces, the formation of the political and social groundwork for the downfall of the LTTE had been in the making. Ironically the process was on track almost during the period when the LTTE was shot to fame among Tamils after they killed 13 soldiers in 1983.

They along with several other Tamil armed groups were then deemed as Tamil democratic forces by the then southern leftists. Some leftists even attempted to justify some initial attacks by the LTTE on civilian targets as political acts. However when they targeted innocent Sinhalese and Muslims over and over again, first as a tit-for-tat action for the attacks on the Tamil civilians and then as a pressure tool against the government, the ideological support based they enjoyed among the left-minded Sinhalese gradually wore away.  By 1987, The Sinhalese intelligentsia and the leftists had dumped the LTTE, for other Tamil groups, especially for the PLOTE.

Tamil Eelam concept had the support initially by the Muslims of the Eastern Province as well. Even SLMC founder leader M.H.M.Ashraff had campaigned for the idea during the 1977 general election. Muslim youth too had been attracted by the armed struggle against the government. However, Tamil leaders, including those of the LTTE alienated the Muslims first by calling them as Islamic Tamils, which Muslims viewed as a blow on their identity and later harassing them for not enough support was forthcoming from the latter. Over 500 housed were burnt in Kalmunai area within two days in 1985.  They drove away over 75,000 Muslims from the “Tamil Eelam,” plundering everything they belonged in 1990.

Thirdly, they antagonised India; the country provided them with shelter, weapons, arms training and funds for their secessionist struggle in the island. Having misread the geo-political reality behind this, LTTE leader Velupillai Prabhakaran militarily challenged the northern neighbour when Indian leaders pressed him to accept a solution short of Tamil Eelam and went to the extent of murdering former Indian Prime Minister Rajiv Gandhi in 1991.
There was cooperation among various Tamil armed groups in early 1980s. However, all others were branded as traitors by the LTTE and they, in a self-defensive move accepted the provincial council system imposed by India in 1987. This along with murdering of Tamil moderate leaders and intelligentsia caused widespread antipathy among a large segment of Tamils towards the LTTE.

Far back as 1979 the Tamil lobbyists were managed to even get a resolution passed in favour of their struggle in the legislature of one of the US States, Massachusetts. However, by 2006 around 32 countries including the US and the UK had designated the LTTE as an international terrorist organisation. Subsequent to the exposure of the LTTE’s overwhelming disloyalty towards the Norway brokered and internationally supported peace process, 25 countries in the European Union and Canada proscribed the LTTE in 2006. Thus, towards the end of the first decade of the new century, the LTTE was all alone.

Finally, it was the 2002 peace process that weakened the LTTE decisively, though it wouldn’t have been what the then Prime Minister Ranil Wickremesinghe intended. It deprived the LTTE of a very valuable segment of its fighting force, the cadres of the Eastern Province and a highly treasured commander, Vinayagamoorthi Muralitharan alias Karuna Amman. It also internationally isolated the outfit, as explained earlier.

The ceasefire Agreement did not cover the sea, apparently due to oversight or both parties intending to use it to strengthen themselves during the peace process. However, with the International players identifying the infidelity of the LTTE towards the peace efforts in Sri Lanka, the government gained more international support in terms of intelligence. Thus, LTTE’s supply route was severed by 2007. The navy was able to destroy 10 LTTE ships laden with heavy weapons, especially shells for artilleries and mortars. Kumaran Pathmanathan (KP) during an interview with D.B.S.Jeyaraj told “no LTTE ships were able to bring stuff to the east coast from 2007 onwards. Soosai told me “not even a Panadol.”

The long respite in the war during the ceasefire resulted in a series of marriages among LTTE cadres. The parental bondage of those cadres with their new born kids and their family responsibilities had a heavy bearing on their dedication towards fighting. Besides, since 2001 the LTTE had been losing many experienced leaders such as Shanker, Charles, Nizam, Gangai Amaran, Thamilchelvan, Paduman, Karuna and Balraj.

By that time Gotabaya Rajapaksa had selected the right person, the then Major General Sarath Fonseka, an untainted, battle hardened war veteran to spearhead the troops in 2006. Indian journalist V. K. Shashikumar, after an interview with Gotabaya Rajapaksa wrote “Gotabaya met Fonseka and asked him, ‘can you go for a win’? The battle-hardened veteran said “yes, but you will have to permit me to pick my own team.” Gotabaya and Mahinda agreed. ‘We will let the military do its job, while we hold the fort, politically,’ they told Fonseka.

This deft political arrangement worked.”
And Gotabaya, being the brother of the President (Mahinda Rajapaksa) and also a soldier became an ideal bridge between the political and military leaderships, without letting the budgetary constraints hamper the battle field requirements.

In an interview with the Bottom Line of June 3, 2009, the Army Commander Sarath Fonseka said that “when I was appointed Army Commander, I restructured the Army. I improved the Intelligence apparatus.” Also the strength of the army was increased to 300,000 from 100,000. He introduced new strategies such as sending small groups to the front and encountering the enemy on multiple fronts.

After the war Gotabaya Rajapaksa told ITN “these achievements would never have been won without the experience, the knowledge, the bravery and heroism of Lieutenant General Sarath Fonseka. “Army Commander used tactics and strategy against the LTTE which Prabhakaran could not figure out how to react,” he added.
In the meantime Rajapaksa’s held the fort, politically, as they promised. They rejected the call for ceasefire and amnesty to LTTE leaders by the US, UK, the EU and the co-chairs of the Tokyo Conference when the decimation of the LTTE leadership was imminent. Finally the LTTE was defeated.