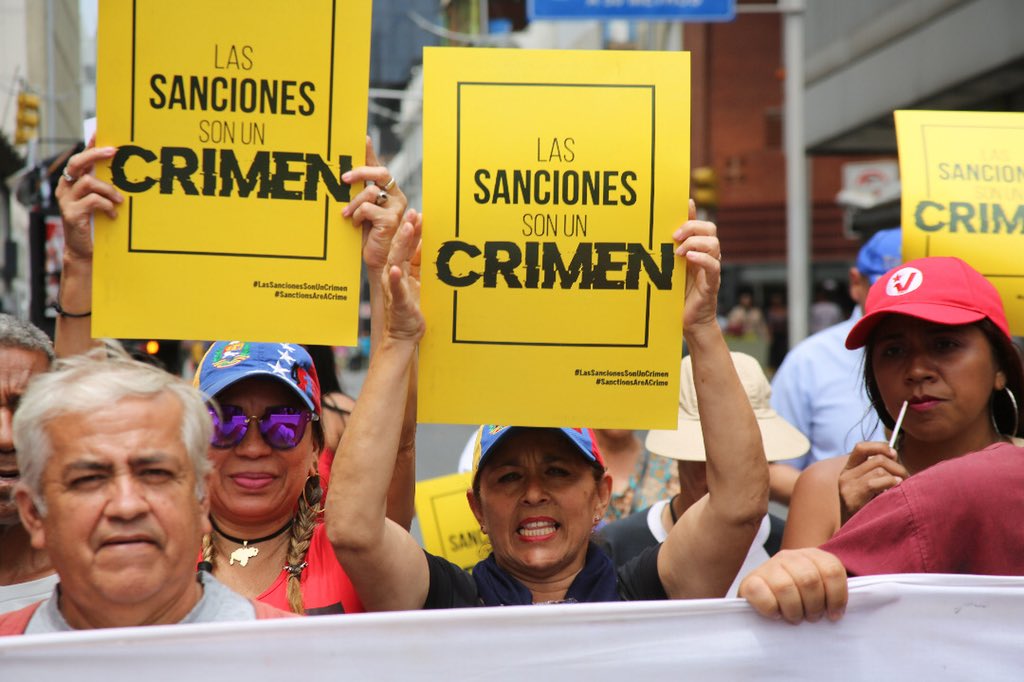 A report on Sri Lanka published by the Office of the High Commissioner for Human Rights (OHCHR) in January has recommended that member states “explore possible targeted sanctions such as asset freezes and travel bans against credibly alleged perpetrators of grave human rights violations and abuses.”

The recommendation has understandably sharpened pre-existing contradictions. Worse, it raises the prospect of sanctions, a slippery slope with severe consequences for human rights – something acknowledged by reports from the UN Special Rapporteur on Unilateral Coercive Measures and Human Rights Alena Douhan.

One of the biggest victims of sanctions has been the Bolivarian Republic of Venezuela, which Douhan visited recently. Targeted sanctions were first applied to Venezuelan government officials in 2005, were tightened in 2015, and escalated to a near total economic blockade in the past five years.

50-70 percent of jobs in public hospitals remain vacant. Only 20 percent of medical equipment is functional. Venezuela faces shortages of vaccines for measles, yellow fever, and malaria, alongside a lack of tests and treatment for HIV which has contributed to a rising death rate. Neonatal and maternal mortality has also risen.

A study published by the Washington-based Centre for Economic and Policy Research (CEPR) in 2019 says that US sanctions on Venezuela have amounted to collective punishment, and caused at least 40,000 deaths due to shortages of food and medicine.

Venezuela is just one example. In December 2020, Douhan called on the US to lift sanctions applied on Syria, especially through the Caesar Syria Civilian Protection Act. Syria is currently attempting to rebuild its infrastructure after a decade of war against rebel groups, many of which were armed and trained by NATO countries and their allies.

“What particularly alarms me is the way the Caesar Act runs roughshod over human rights, including the Syrian people’s rights to housing, health, and an adequate standard of living and development[…] Impeding access to supplies needed to repair infrastructure damaged by the conflict will have a negative impact on human rights of the Syrian people and may preserve the trauma of the decade-long conflict,” Douhan said.

Venezuela and Syria are extreme cases, but each of them began with a rather mild sanctions scheme which did little more than exacerbate issues best resolved domestically. In both cases, the sanctions had less to do with human rights than with the economic and political needs of NATO countries.

In Sri Lanka too, the advocacy for sanctions must be understood in the context of the government’s economic and foreign policy. The US has brazenly called for Sri Lanka to take its side in a Cold War against China, the EU has demanded that import restrictions be lifted for its goods, and India demands a cut of Sri Lanka’s assets to prop up their rent-seeking corporations.

As for feigned concern over human rights, the case of Venezuela (and many other countries that dare deviate from the interests of NATO countries) shows that supposedly curative sanctions can be far worse than the disease.