How Port City detractors give new meaning to the word sovereignty 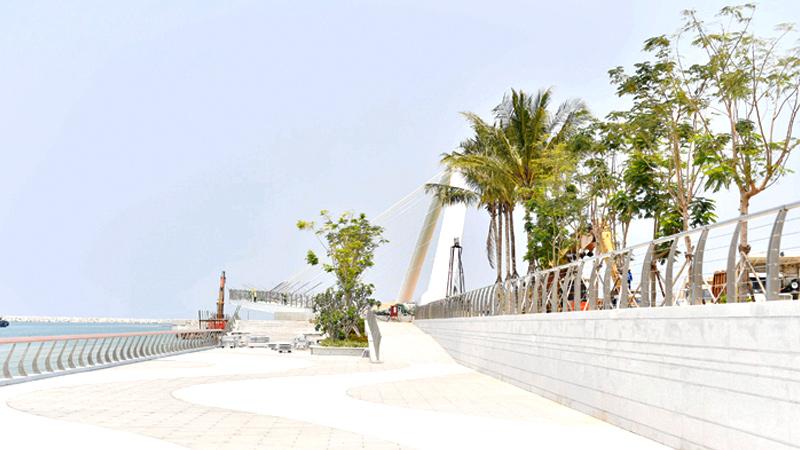 Those who are in a frenzy agitating against the Colombo Port City Commission Bill, first up, did not get the memo. They quite apparently did not get the jot pad note that there are Special Economic Zones (SEZs) all over the world, and that they all operate that way because the are Special.

If they were not special, and there is a new city emerging in such a not so special context, there is just one thing to do. You just have to name the new city and move on, period.

If the Colombo Port City was not a Special Economic Zone, one thing and just one thing would have been done by now. Somebody would have said ‘do you see what I see?.” The other person would have replied, yes, abracadabra, I see a new land mass. The first person would have then said, “What’s so special about that, let’s do what we have to with it.”

So, they would have said, pronto, we are going to call that Colombo 16. 15 zones subdivide Colombo, and all that reclaimed territory the entire 269 hectares of it, would have been named Colombo 16. Has a nice ring to it. At the most sixteen candles would be lit on a cake by the ever smiling Rosy Senanayake, and maybe just as the icing on the cake she would make a speech in which she quips “does anybody here want to exchange your Colombo seven address to a brand new Colombo 16 address?”.

But the problem with that simple and linear scenario is that the Colombo Port City is a Special Economic Zone, and in addition an International Financial City. There are 5400 SEZs in the world, out of which a 5000 were established in the last five years. There are at least 15 international financial cities (IFCs) in the world, of which most are regional and some are offshore, such as the Caymen Islands.

There are three islands for instance that comprise the Caymen Islands. Grand Caymen is the Enterprise City. It’s special of course. No bright spark in that part of the Caribbean decided it’s not going to be a special zone, and decided simply to call them all Caymen One, Caymen Two and Caymen Three respectively, as the British first named Colombo into zones One,Two and Three and so on, right up to 15.

If anybody is so desperate to have a Colombo 16 with that sweet 16 ring to it, we should all be happy with splitting Colombo Seven in two and calling one part 16, but that being just an aside, it is apparent the Offshore Financial Enterprise City concept is not about business as usual (BAU.).

Sadly, the assumption has been that the country should get on with business as usual. But we have had that since 1948 — BAU in perpetuity. It’s the same Business as Usual that led to the youth uprisings commonly referred to as the JVP uprisings of 1971 and 1989.

This year, we remember the 50thanniversary of the first of those uprisings, the Wijeweera putsch for power in 1971, when we as a country initially lost our innocence.

Why did the young men and women turn against the State? Polite society was scandalised how Business as Usual was disrupted so trenchantly in one bloody blistering attack on the Establishment. After the Commission report was slid into the Inbox after months of conscientious deliberation, something happened. It was earthshaking.

You guessed it. They went back to Business as Usual.It means years afterward, the youth demographic in particular is still plagued in pockets with unemployment, or under-employment.

Imran Khan is doing it in overdrive in Pakistan, and if we don’t get out act together we will be left hopelessly behind considering that there are nine new SEZs in the pipeline in Pakistan that are a joint venture with China as a sub-project of the One Belt One Road initiative.

Premier Khan has been getting some of the same flak as the Port City is getting in Colombo, but he hasn’t baulked. He isn’t the type for that, with stubborn determination as his hallmark; he struggled for 22 years after forming his new party, to become the PM.

Here in Sri Lanka, the detractors want to suppress the jobs for youth, and stanch the progress because they say there is an attack on the sovereignty of the country. But how so?

For instance, they say that foreigners can be appointed to the Port City Commission. But those who support the kind of politics that seek to halt the Port City project on those grounds would remember it is their leaders in government that appointed Arjuna Mahendran as the Governor of the Central Bank. The point is that foreigners can be appointed to many posts in the country because simply, everything cannot be legislated away.

But nobody thought to appoint a daylight-robber governor of the Central Bank who is also a foreigner, until that Yahapalana UNP government did. There have been foreigners whose performance in Sri Lankan enterprise has been judged as good by the same opposition detractors of the Port City project. For instance, there was Peter Hill who ran Sri Lankan airlines.

The current opposition types often blame — not praise — the then SLFP government for getting rid of him. They say he was a great Executive success, and that Sri Lankan Airlines did brilliantly under him and Emirati management. He was sent packing for various reasons, but that’s not the point. Does the current opposition not want foreigners such as Hill and his ilk whom they call experienced and qualified achievers who are good managers, to be in the Port City Commission? They want to legislate away that possibility?

Wouldn’t that be ridiculous from an opposition and the current opposition type political camp to suggest that good foreign managers be kept out of the Port City Commission under legislative fiat?

This from those who think Peter Hill was brilliant and blamed the then SLFP for getting rid of him? Was that a breach of our sovereignty, using and the celebrating Mr. Hill? That would have been curious indeed.

The point is that foreigners have served Sri Lanka in different capacities in the past, and they still could in some posts perhaps — because that option of hiring a foreigner has not always been legislated away.

But nobody thought of appointing a crook such as Mahendran until the then UNP government did. The point is that with or without legislation on employing foreigners, some governments botch things up. It’s in the execution, not in the legislation.

Everything cannot be written into legislation. If that’s so, it’s an invitation to cause administrative rigour mortis. There was no legislation stating that governments could not enter into ceasefire agreements with Vellutillai Prabhakaran’s LTTE, that bartered away control to the LTTE, parts of our sovereign territory. But the then UNP government signed such pacts anyway. Irrespective of whether there was legislation against it or not, a crook such as Arjuna Mahendra was hired to head the Central Bank. No other government did it before or after because they simply wouldn’t do an idiotic thing like that, period.

It takes leaders in government to breach sovereignty, and the current opposition types specialised in it. Now they want to effectively legislate against the draft Port City Bill citing breach of people’s sovereign rights? Surely, they must have given new meaning to the word sovereignty?