History and Historiography 101 for US lawmakers 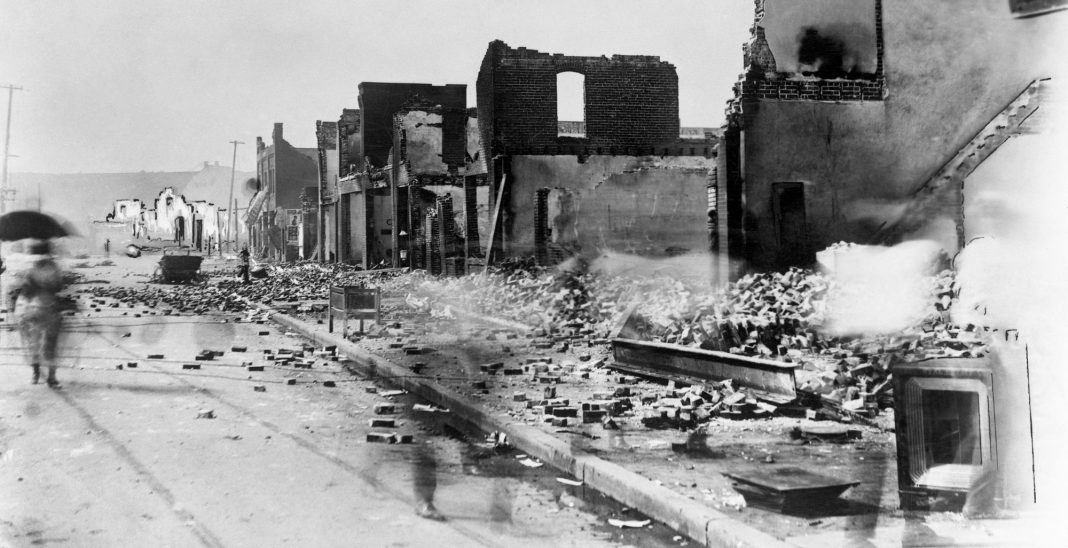 Tulsa. Remember the name. May 31 and June 1. Remember the dates. There’s a year to remember: 1921. And there’s a thing that the USA would want US citizens and indeed the world to forget. Remember it. Racism.

Tulsa, the second largest city in the State of Oklahoma, is said to have been settled between 1828 and 1836 by the Lochapoka Bank of the Creek, one of the 574 officially recognized ‘First Nations’ of the USA. Anyway, Tulsa is still part of the territory belonging to the Muscogee (Creek) Nation.

May 31 and June 1, 1921. That’s one hundred years ago, almost to the day. What’s significant about those two days? Well, Tulsa is a name associated with what is often described as the worst ever race riots in the USA. There are those who dispute the claim. Albert Broussard, professor of history at Texas A&M University, for example, believes no more than two dozen died. He adds that it is unlikely that after all these years any mass graves will be located.

There could be an error in the enumeration method of course. Just because you can account for only 38 dead people (Dr. Clyde Snow, a forensic anthropologist who served as a consultant to the Oklahoma State Medical Examiner, claimsed ‘conservative estimate starts with 38 victims who could be identified individually.’) it does not necessarily mean that’s the total number of victims.  The Tulsa Race Riot Commission puts it thus: ‘Although the exact total can never be determined, credible evidence makes it probable that many people, likely numbering between 100-300, were killed during the massacre.’ Historian John Hope Franklin, in a report that accompanies the official state inquiry, wrote, ‘One-hundred-sixty-eight Oklahomans died that day. They were Black and white, Native American and Hispanic, young and old.’

Anyway, neither Broussard nor any one else disputes that mobs of white residents, many deputized and given weapons by city officials, attacked black residents and destroyed homes and businesses. They will not dispute that attacks were carried out on the ground and from private aircraft or that 35 square blocks of the Geenwood District, home to the wealthiest black community in the USA and indeed dubbed ‘Black Wall Street’ were destroyed. They won’t deny that more than 800 people were admitted to hospitals, and as many as 6,000 Black residents were interned in large facilities, many of them for several days.

Fix the number at 38 or less (Broussard’s ‘two dozen’) and ‘Tulsa’ is not the worst race riot story in the USA. As Broussard points out, the 1917 race riot in East St Louis took the lives of 39 people while the Los Angeles riots in 1991 saw over 60 people being killed.

May 31 and June 1, 1921. That’s one hundred years ago, almost to the day. That’s a long time ago. Done and dusted, some might say. Well, some would want people to say and believe. The truth is that history and historiography in the USA is a riot in and of itself and not just about systemic racism and the relentless violence against non-whites, especially black people.

Doc Rivers was a successful basketball coach in Boston. The success of the Boston Celtics was put down to a highly talented team. Gregg Popocich was a ‘successful’ coach in San Antonio. His ‘Spurs’ haven’t sniffed the playoffs since Tim Duncan retired. The media hasn’t drawn him over the coals. Frank Vogel ‘coached’ the Los Angeles Lakers to an NBA championship. This year, with serious injuries to the two stars in the team, Anthony Davis and LeBron James, the Lakers were ousted in the first round of the playoffs. You would think that how they underperformed with that lackluster effort, the coach would least get a mention. Nope. Brad Stevens, the current Celtics coach was showered with accolades when Boston prospered. When Boston faltered, no fingers were pointed at him. Vogel’s white. Brad’s white. Pop is white. Doc is black. Coincidence?

Here’s something to look out for: The Los Angeles Clippers, coached by Tyronn Lue, have lost Game 1 of the Western Conference semifinal against the Utah Jazz. There’s a lot of series left. Supposing Donovan Mitchell and the Jazz make it to the final, check out what the media will have to say about Lue. And if they don’t, check out what the media will say (or won’t) with respect to the coach, Quin Snyder. Unfortunately you can’t compare the two because one wins and the other loses, but then you have the way Doc, Pop, Brad and Frank were treated by way of context. Yes, Tyronn is black, Quin white.

The National Football League (NFL), just the other day (yes, not way back in 1917, 1921 or even 1991, but in 2021) stated that it will halt the use of ‘race-norming.’ Race-norming refers to the assumption that black athletes started out with lower cognitive functioning. It translated as less payment than for whites in case of brain injury claims.

Racism in US sports is systemic. It’s a riot in fact. That’s not all, though. Consider the following facts. Every year, on average, 41 black women die of pregnancy-related issues for each 100,000 live births. The number for white women is jus 13. Black people make up 17.7% of the population but account for 23% of Covid-19 deaths. Longevity: the numbers for black people are 71.9% (men) and 76.4% for women; the corresponding figures for whites are 78.5% and 81.2%. The numbers for education, unemployment, prison populations, incomes, home ownership, poverty, political representation and other indicators follow this pattern. Racism didn’t end in 1917, 1921 or 1991. It’s alive in the USA.

Wait, let’s not forget that the USA has the worst track record in killing non-white people or facilitating genocide against such people in the world. Hitler was white, but as the comedian George Carlin pointed out, his only crime was that he was cutting in on US action or a US historical-cultural bent on killing brown people.

Remember George Floyd? Remember ‘I can’t breathe’? Remember ‘Black lives matter’? Happened in 1917 or in the 19th century, did someone really believe? In 1921? In 1921? No. Always and now. That’s racism. That’s ‘notes to an introduction’ for a course that is yet to be developed in any US high school or college: History and Historiography of Racism in the USA 101. A must, one might say, for US lawmakers.

Why is all this relevant though? Well, a US congresswoman named Deborah Ross has proposed a resolution (H Res 413). She represents North Carolina, a state notorious for extra-judicial murder of black people. A lynching state, then, and not the only one. Anyway, Ross has said a mouthful in the resolution.

She wants perpetrators of human rights violations to be held accountable (sure, of course, why not and all that kind of thing but also, ‘shouldn’t charity begin at home?’). She could trace the ‘narrative’ to the source(S). Who quoted whom, who quoted whom, and so on until she gets to the Darusman Report and the (interesting) sealing of sources (to enable conviction by pernicious absenting?) or at best to discover (horror of horrors!) unreliable and politically motivated ‘witnesses’. She could, but she hasn’t and it is unlikely that she would.

Here are some facts she cannot dispute. Over 300,000 previously held hostage by the LTTE were resettled. A huge chunk of the post-2009 budgets have gone into infrastructure development in the areas turned into a war zone by racists who took up arms. Over 15,000 terrorists who surrendered or were captured have been rehabilitated, given life-skills and reintegrated into society (Ross could ponder such a process for political prisoners in the USA, especially those held and tortured in Guantanamo Bay, but she won’t). Elections were held in these areas. The elected represent the electors. They are fine with things as they are and as for devolution, they no longer utter that word — even though several years have passed without elections for the same.

History. Historiography. Interesting words. The USA has an ongoing ‘Tulsa’. Sri Lanka is not racism-free, but we are done with terrorism. And, compared with Tulsic-USA if you will, Sri Lanka is quite a happy place. Ross should visit sometime.