Her Majesty’s Harassment: How sexual assaults by UK soldiers around the world have gone unpunished for years 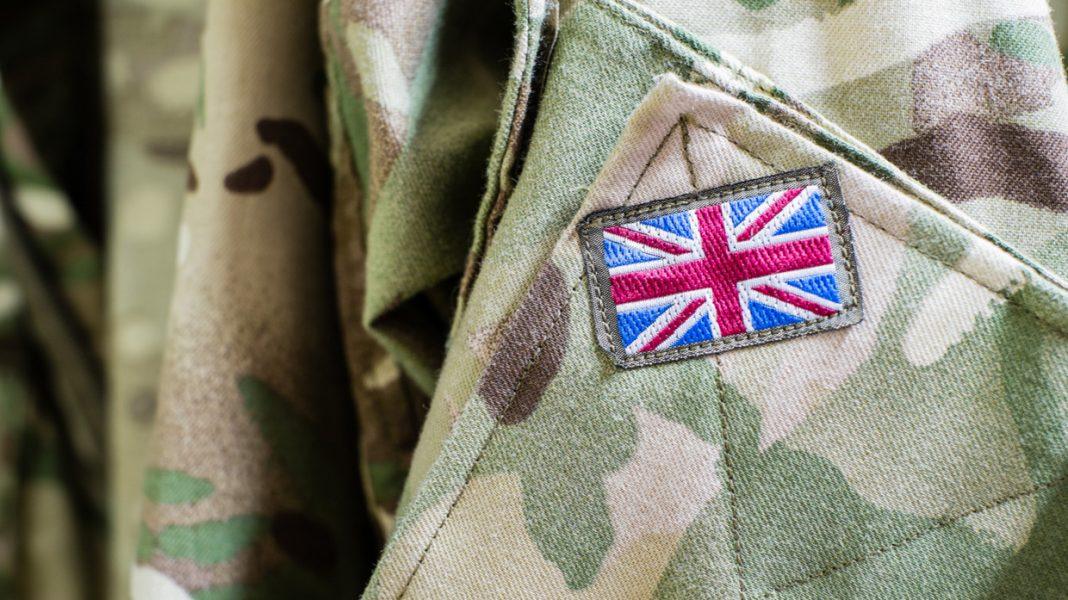 The RT investigative unit The Detail has reviewed disturbing data on sexual assault allegations levelled at UK and US soldiers stationed abroad, identifying in excess of 1,100 such reports having been filed between 2015 and 2020 alone.

Statistics gathered from the UK Ministry of Defence (MoD) Sexual Offences in the Service Justice System reports show 324 reports of both live and historical sex crimes that were made overseas during this period, related to incidents involving troops stationed in Germany (128), Cyprus (36), the Falklands (18), Canada (14), Gibraltar (7), Belgium (1) and Yemen (1).

Over 100 reports were categorized as relating to “incidents that have occurred in Europe, Africa, the Middle East, Asia, the USA and at sea.”

For the same timeframe, data collected from annual reports by the Pentagon’s Sexual Assault Prevention and Response Office (SAPRO) indicate over 820 reports of sexual offences were reported to the military.

The totals for both militaries include allegations from civilians, fellow service members, and foreign military representatives.

Trouble brewing
Despite such staggering figures, the clearly endemic problem is almost never acknowledged in the Western media. This apparent code of silence was notably broken though in October 2021, when The Times of London reported on the case of murdered Kenyan Agnes Wanjiru.

The 21 year-old’s decomposing body was discovered inside a hotel septic tank close to army training grounds in the town of Nanyuki in March 2012. A mother-of-one, she was last seen alive at the hotel in the company of two British soldiers.

Despite a Kenyan coroner’s court ruling in 2019 alleging the sex worker had been battered and stabbed by “one or two British soldiers,” it took both the local authorities and the UK armed forces two more years to fully commit to investigating her brutal death.

In a statement, Tessa Gregory, who represents the Wanjiru family, told The Detail: “They are appalled that the MoD has since 2012 failed to investigate her murder and do not understand why this has been brushed under the carpet for nearly a decade.”

“The family want those responsible brought to justice, lessons to be learned to ensure no other Kenyan women suffer such brutality and long-running issues surrounding allegations of sexual violence by the British army in Nanyuki are addressed.”

The family are now taking legal action against the MoD, attempting to compel disclosure of all records related to Wanjiru’s death, and find out why her killers – who later joked about their heinous crimes on Facebook – were never brought to justice. It’s part of a wider effort, led by London-based law firm Leigh Day and Company, to pressure the UK government into relaunching investigations of hundreds of rape allegations made against British troops in Kenya.

In 2003, 650 women from the Masai and Samburu tribes came forward, claiming to have been raped by British soldiers stationed in the post-colonial country, over the course of four decades. Some claimed to have given birth to children as a result.

Following a multi-million pound three-year inquiry by the Royal Military Police, their claims were closed en-masse after investigators concluded dozens of complaints recorded in Kenyan police files were forged. Among the discrepancies were accusations against army units not stationed in Kenya at the time. Even those British officials conceded could be legitimate were scrapped.

Martyn Day, the solicitor who represented the women, later blasted the RMP investigation and revealed how key documents relating to the claims had gone missing. He is seeking to retrieve those documents.

Leigh Day’s action has been effusively backed by Kenyan human rights campaigners. Johnson Ole Karunga, the director of the Indigenous Movement for Peace Advancement and Conflict Transformation (IMPACT), said if the Kenyan and UK governments were “credible,” it was “now near an obligation” for them to launch an independent inquiry into the claims.

“There is no way these cases can just be scrapped … We can’t have the army investigate the army. The whole process for us at the time was not really credible. We felt it was more about public relations,” he told The Detail. “Martyn Day and other support organizations were not given all of the evidence, but the British Army and RMP were. It’s a question of power and privilege. When we tried to get that information, our lawyers weren’t given access.”

Johnson added that, over the course of its probe, the RMP visited a number of police stations across the northern territory where the British army trained, and collected the large number of files related to the rape charges. Subsequently, his organization was told by these stations that the documents were held at police headquarters in Nairobi – but, when asked, mission control claimed to not possess them.

“I think it is a complete cover up. For me, the case of Agnes Wanjiru in 2012, eight or so years after concluding the rape cases, is an indicator there is enough to reinvestigate these cases,” he concluded. “And right now you will see that Agnes’ death will give more Kenyan women a voice and courage.”

A shocking history
There’s a long, dark legacy of military brutality and violence against women being brushed under the carpet in the east African country.

In 1980, a 19 year-old US sailor who admitted stabbing and killing 29 year-old Mombasa prostitute Monica Njeri walked free from court with a $500 fine after pleading guilty to the lesser charge of manslaughter. Washington later paid a paltry $14,000 to the Njeri family in compensation, while Frank J Sundstorm went on to continue his navy career.

Three years later, in the very same town, another US naval officer appeared in court accused of the murder of Kenyan woman Lucy Kabura, a 25 year-old who’d been raped and strangled after socializing with American military types shortly before her death. The officer walked free, sparking accusations local authorities did not want to upset their cordial military agreement with the US.

In 2016, when politicians debated the ratification of a fresh defense agreement agreement between the UK and Kenya in 2016, the issue of serious sexual assaults carried out by British troops was raised in the country’s National Assembly.

A number of MPs criticized the lack of previous action taken over rape complaints made by local women. In one exchange, Kisauni MP Rashid Juma Bedzimba said: “It is a shame the British military base has more social issues than the communities that live in these areas we have set aside for military training.”

“The poorest communities, for lack of water and food, may have to live near these camps to seek relief. This is why those soldiers are taking the opportunity to sexually abuse our daughters,” he lamented. “It is because of poverty and lack of basic necessities [that] they go there … It would be good if a special environment was created near those camps to make a living for the communities living in the area.”

The agreement was ratified a month later. Up to 10,000 British troops now train in Kenya annually, with around 100 permanent staff and 280 temporary personnel, conducting joint exercises with the Kenya Defense Forces. Over 500 Kenyans are employed full time in the British Army Training Unit Kenya (BATUK).

Britain also offers training opportunities in the UK to the Kenyan military, and British troops aid in Nairobi’s ongoing battles with the Al Qaeda-linked terrorist group Al Shabaab. The US likewise has a number of bases in the east African country, but with far fewer troops.

I spy with my Five Eyes
The issue of sexual assault within Western military ranks is clearly of immense concern to army top brass – to the extent that Five Eyes (FVEY), the shadowy intelligence coalition grouping together Australia, Canada, New Zealand, the UK, and the US, has been directly consulted about the problem.

Confidential exchanges between the Five Eyes, “foreign partners,” and a number of military personnel took place in 2020. SAPRO’s report that year reveals the group was set to personally host representatives for the FVEY’s second forum, but it was canceled due to the pandemic, and updated to a “phone/virtual” format.

A short excerpt touches upon SAPRO’s engagement with “Canadian participants” on culture change and strategies, although it adds that the body “regularly consults with allies and strategic partners to share and discuss best practices in sexual assault prevention and response as part of its support to Five Eyes and the National Defense Strategy.”

It was the second such meeting with the mysterious Five Eyes. In 2018, SAPRO participated in the intelligence coalition’s first forum on “Prevention and Response of Sexual Misconduct.”

At its conclusion, member nations “agreed on the benefit of continuing the discussion on shared challenges and opportunities, approaches to building future leaders ready for their role in this space, and innovations in victim support services.”