Has the UNHRC become a marionette show? 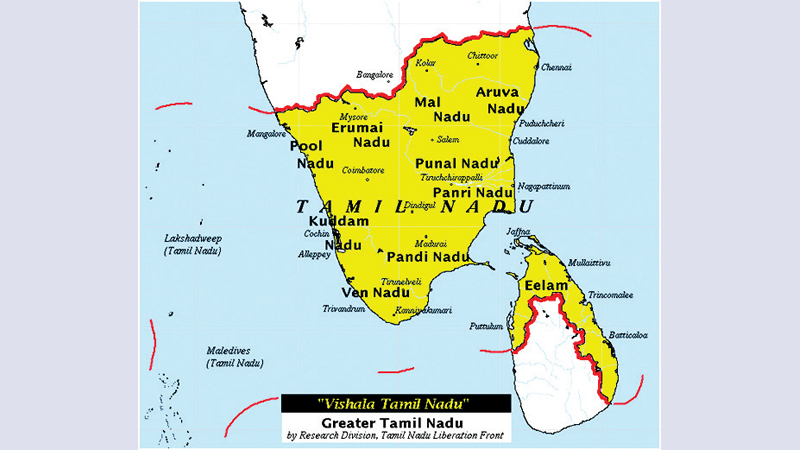 Ranjiv Goonawardena of International Consultants who is an ardent defender of Sri Lanka had a virtual meeting with Lord Naseby on March 13. During the meeting, Lord Naseby outlined substantial errors of a report from the Office of the United Nations High Commissioner for Human Rights on Sri Lanka.

The following are his observations:

LTTE terrorist enterprise estimated to be valued over US$1 billion

UN High Commissioner – Michelle Bachelet, failed to recognise that the transnational terrorist group the Liberation Tigers of Tamil Eelam (LTTE), was one of the world’s most ruthless and wealthiest terrorist groups. The Group is estimated to be worth over US$1 billion.

It is understood that the group raised funds from human smuggling, made associations with other terror groups by selling and smuggling weapons and was involved in money laundering, drug trafficking, credit card fraud, financial crimes and other illegal activities. Other means of raising money was under duress from the Tamil businesses community and providing financial loans to Tamil businesses.

To prevent British soldiers being subject to allegations of war crimes, the UK Government is bringing in new laws to safeguard them

It is significant to highlight here that the UN Human Rights Council proceedings have been encouraged by the UK Government as the Chair of the Core Group. These proceedings attempt to take action against Sri Lankan soldiers on the basis of war crimes allegations. Britain’s actions can be deemed as duplicitous and inconsistent as it is about to bring new legislation to effect, called the Overseas Operations (Service Personnel and Veterans) Bill, which was introduced to the UK Parliament in March 2020.

The main feature of the Bill is that no charges except for those heinous, evidence-based war crimes, may be laid after the lapse of five years of the date of the incident. This implies the UK cannot be a party to supporting any allegations of overseas war crimes other than those of the same type. In particular, it should not be applied for a fellow member of the Commonwealth, especially for one who stood alongside the UK in the Second World War as Sri Lanka did. Furthermore, Sri Lanka stood with the UK during the Falklands War, one of the very few countries to do so.

People have failed to remember the contribution Sri Lanka made with more than 12,000 in the Ceylon Volunteers Force which was mobilized in 10 Infantry units and three artillery regiments.

Incidentally, the UK Government is a major donor to the Human Rights Council, at US $1,709,532. It has therefore become notably evident that powerful countries seem to have a different approach and mechanism, with regard to alleged human rights abuses by adopting a different way of mitigating and distancing themselves. For instance:

The prosecutor of the International Criminal Court, Fatou Bensouda’s office said she was dropping a preliminary investigation into alleged war crimes by British troops in Iraq, even though she found a reasonable basis to believe they committed atrocities.

The ICC has been under fire by Washington for opening a full-fledged investigation into war crimes allegedly committed by US troops on the territory of ICC member Afghanistan. Former US President Donald Trump last year imposed sanctions on Bensouda because of the investigation.

Public records will indicate that powerful nations can get away with daylight murder while other nations are harassed into submission.

The Human Rights Council is meant to be totally impartial and unbiased. However, in this instance it has failed on the basic principle for justice for all, not as they have depicted for the chosen few. The Human Rights Council is not supposed to be a weapon to terrorise small and emerging nations of the world, as it has evidently done in this case with Sri Lanka. It should rather be a beacon of light and justice with integrity.

Everything has to be based on facts, evidence, due process and due diligence has to be carried out. It must never be based upon “shouting loud enough for a long time, repeat a lie often enough, till it becomes the truth” as seems to be the case regarding the proxy LTTE groups. They came to the Western Hemisphere as refugees and asylum seekers and are now in their second and third generation; being radicalised and indoctrinated by their elders to believe a falsehood. Apparently, the population of Tamils living in the countries which gave them refuge is over five million.

According to the above-mentioned population statistics there are more Tamils overseas than in Sri Lanka. This may explain why they are very vociferous to continually lobby their public office holders towards their separatist agenda, Tamil Eelam. The terror group is also influencing favourable Tamil asylum policies. They want to claim harassment in Sri Lanka to make it easier for them to bring over their kith and kin, and for the shadow-LTTE groups to continue to raise money. The proxy LTTE is continually engaged in terrorism and glorifies terrorism, hosting events annually. July 5, Black Tiger (Suicide Terrorist) Day and November 27, Heroes (Terrorists) Day to celebrate their dead cadres are examples of such glorification of terrorism.

The LTTE never had any democratic principles, there was never an election hosted but instead, they subscribed to a totalitarian mindset and idolised their dictatorial leader who controlled them without any transparency and no accountability.

The UN Human Rights Council was never supposed to be an enforcement agency, judge, jury and executioner. It was never given that mandate.

The Council was never established to isolate countries, intimidate and harass nations. It was designed to help countries to improve their human rights performance in a collaborative manner. The Council’s job is to assist and to encourage, not to punish. This was the objective of those who created the Council in the first place, having terminated its predecessor. The High Commissioner has no authority to enforce Council resolutions.

The Constitution does not allow this but Michelle Bachelet, it seems, is going on an unauthorised path to enforce principles that have never been endorsed by the international community at all.

The only country in the whole world which defeated terrorism outright is Sri Lanka; it has been castigated and vilified by the UN Human Rights Council in Geneva. It was Mahinda Rajapaksa’s leadership allied with his brother Gotabaya Rajapaksa that built the Armed Forces to a level and competence where they could face the military might of the Tamil Tigers funded by the Tamil Diaspora. Regretfully the West refused to sell modern armaments leaving Sri Lanka with no option but to seek help from China and Pakistan which was forthcoming. If the LTTE, i.e., the Tamil Tigers, a terrorist group proscribed in over 30 countries, had not been defeated, then there would undoubtedly have been a rogue State of Eelam created. The real goal of the LTTE was to capture the North and the East of Sri Lanka. Then they could have used Sri Lanka as a springboard to start the second insurgency phase for a guerrilla warfare campaign in South India as there are 67 million Tamils in Southern India.

That would have eventually led to the breakup of India for the third time in 73 years of its independence. India would have jeopardised its ability to become an emerging superpower if that prevailed. China would be the only power in Asia if that occurred. China considers itself as an emerging global superpower in economy, military, technology, diplomacy and soft power influence.