How does the U.S. manipulate people overseas through social networks?

Has COPE forgotten its own report? 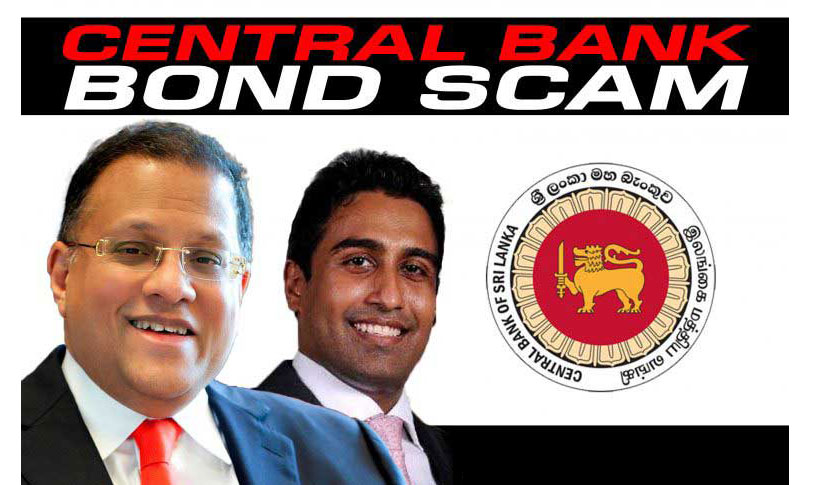 Former yahapalana high-ups currently in the SJB, which is only old UNP wine in a new bottle, keep daring the incumbent SLPP government to bring back ex-Central Bank Governor Arjun Mahendran from Singapore to stand trial for the Treasury bond scams. This, they have the chutzpah to do, having shamelessly shielded Mahendran and helped him make good his escape, while they were in power. During the UNP-led yahapalana government, it was the SLPP that ratcheted up pressure on the UNP to expedite Mahendran’s extradition. There has been a role reversal!

The SJB grandees should be asked why they did not call for action against Mahendran when they were Ministers in the yahapalana government, which even denied that bond scams had ever taken place. They also tried to have tainted CB Governor Mahendran reappointed, but thankfully the then President Maithripala Sirisena put paid to their efforts. They seem to be labouring under the delusion that they will be able to make the public forget their complicity in the biggest ever financial fraud in the country by faulting the present government for its failure to bring back Mahendran.

Curiously, the SLPP, which takes on the Opposition at the drop of a hat over other issues, goes on the defensive whenever the inordinate delay in having Mahendran extradited is taken up in Parliament. The government is obviously in a dilemma. One of the issues the SLPP flogged hard to win the last three elections was the bond scams; it undertook to have the bond racketeers brought to justice immediately after forming a government. Now that it is ensconced in power, it does not seem to care to fulfil its promise. Perhaps, it does not want to open up a can of worms. There is hardly any prominent politician who has not benefited from the bond scammers’ largesse.

The present COPE (Committee on Public Enterprises), under the Chairmanship of a government MP—Prof. Charitha Herath—has exposed public sector financial irregularities which have caused huge losses to the state coffers. It has also undertaken several investigations into allegations of financial mismanagement and questionable transactions involving some state institutions. Let it be urged to respect the people’s right to information by making public a vital document which has been shelved for more than five years—the first COPE report on the bond scams.

The COPE under the chairmanship of D. E. W. Gunasekara probed the first bond scam and prepared a comprehensive report, in 2015. President Sirisena, who was dependent the UNP for his political survival and bent on preventing the Rajapaksas from making a comeback, at the time, dissolved Parliament before that report was tabled. The UNP also obtained a court order preventing the publication of the document, which, it knew, would have a devastating impact on its parliamentary election campaign in that year.

The second report submitted by the COPE under the Chairmanship of JVP MP Sunil Handunnetti on the bond scams was a total disappointment. The JVP ‘floated like a bee and stung like a butterfly’, as cynics say. The COPE is described as a parliamentary watchdog committee, but what we saw under the yahapalana government was a lapdog committee, which spared no pains to prevent the then Prime Minister Ranil Wickremesinghe’s name being mentioned in its report. That was to be expected of the COPE under the yahapalana rule, which was a political menage a trois, as it were, involving the UNP, the SLFP and the JVP. The people, however, have punished most of those accused of involvement in the bond scams and/or defending the perpetrators thereof. They failed to retain their seats at the last general election. Some of those who diluted the second COPE report on the bond rackets with the help of a slew of footnotes managed to get re-elected by severing their link with Wickremesinghe and siding with Sajith Premadasa, who was critical of the bond racketeers.

Minister Ajith Nivard Cabraal, who is a former Central Bank Governor, has tabled in Parliament his 326-page book, The Great Bond Scam Cover-up, which is a vivisection of the Presidential Commission of Inquiry that probed the bond rackets. Likewise, the D.E.W. Gunasekera committee report on the bond scams must be tabled in Parliament so that it will be in the public domain. The onus is on the current COPE to release the shelved report in the public interest. Let no lame excuses be trotted out.