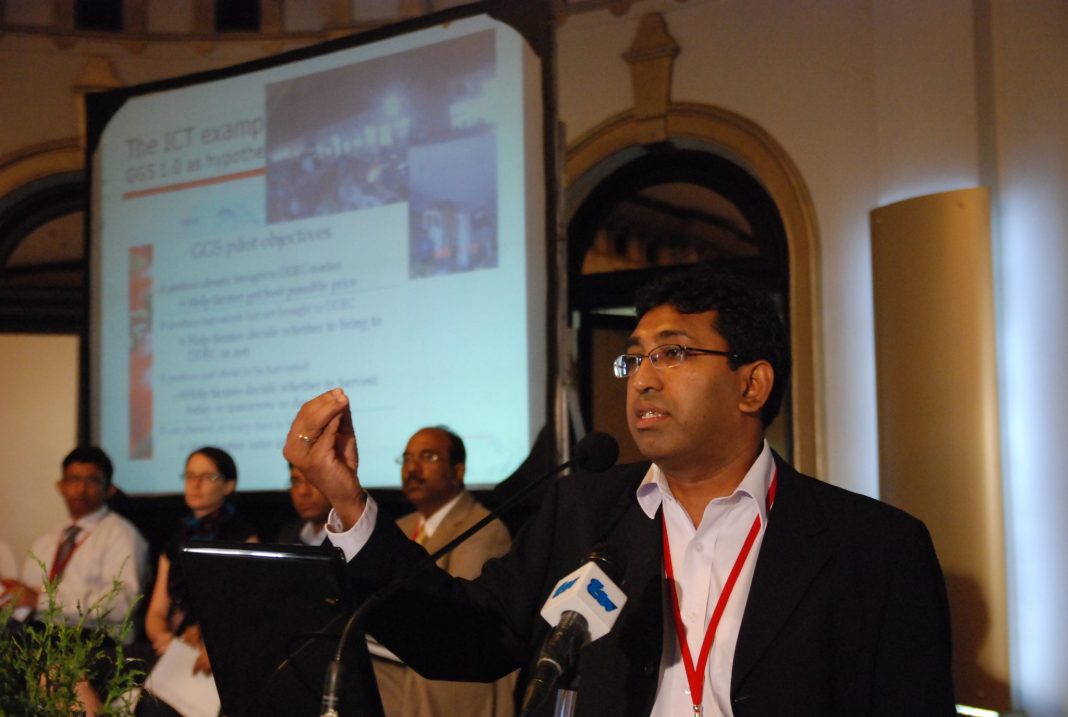 Harsha de Silva is reportedly aggrieved at Ajith Nivard Cabraal’s statement in parliament that the government will not go to the IMF, and that it will no longer pursue neoliberal economic policies.

Harsha de Silva was the Deputy Minister of Economic Reforms and Public Distribution in the previous administration. He was also the State Minister of National Policies and Economic Affairs and Deputy Minister of Foreign Affairs. In 2015 he delivered the biggest majority for a UNP-led coalition in his electorate, Kotte, since 1982. Ranil Wickremesinghe headed the UNP back then. Wickremesinghe was a member of the International Democratic Union, a consortium of rightwing neoliberal parties.

Mangala Samaraweera in his Budget Speech of 2017 clearly laid out the then regime’s economic vision: “our policy of globalizing and liberalizing.” It looked to the West, abandoned its allies in the East, particularly China, and hedged all bets on the IMF and the World Bank. The strategy failed. The expected aid and investment didn’t come. Less than a year after Mangala’s declaration, Sri Lanka went with a begging bowl to Beijing.

These associations tell us a lot about Harsha de Silva’s preferred economic paradigms. He seems to be subscribing to the diktats of Bretton Woods. He does not seem to have gone through Joseph Stiglitz’s Globalization and its Discontents, which talks in succinct detail how these institutions operate, particularly in underdeveloping countries. A pity, because Stiglitz took the trouble of writing on Sri Lanka, and more to the point, of cautioning the then administration against hedging its bets on the IMF-World Bank paradigm of, what else, “globalizing and liberalizing.”

The then government did not listen to Stiglitz, a Nobel Prize winner. Instead it turned to the “Advocatas” of classical liberalism. It brought in the likes of Razeen Sally, Asanga Welikala, and Ricardo Hausmann, the latter of whom we have talked about at length before. Their theories didn’t go down well with the public, and when the regime they had high hopes for fell, mired in its own contradictions, they quickly left.

Harsha de Silva must know why it fell. He must, we feel, heed Stiglitz, who observed that if Sri Lanka is to progress, it should start “learning to produce, learning to export, and learning to learn.” 40 years before Stiglitz, S. B. D. de Silva made the case for producing too, and more importantly, for industrialisation. Ajith Nivard Cabraal may or may not be aware of this, but we know what Harsha is aware of, or rather, what he’s not. We know he still dotes on the IMF and neoliberalism, and that these, as far as Sri Lanka’s tryst with yahapalanaya is concerned, have long fallen apart.