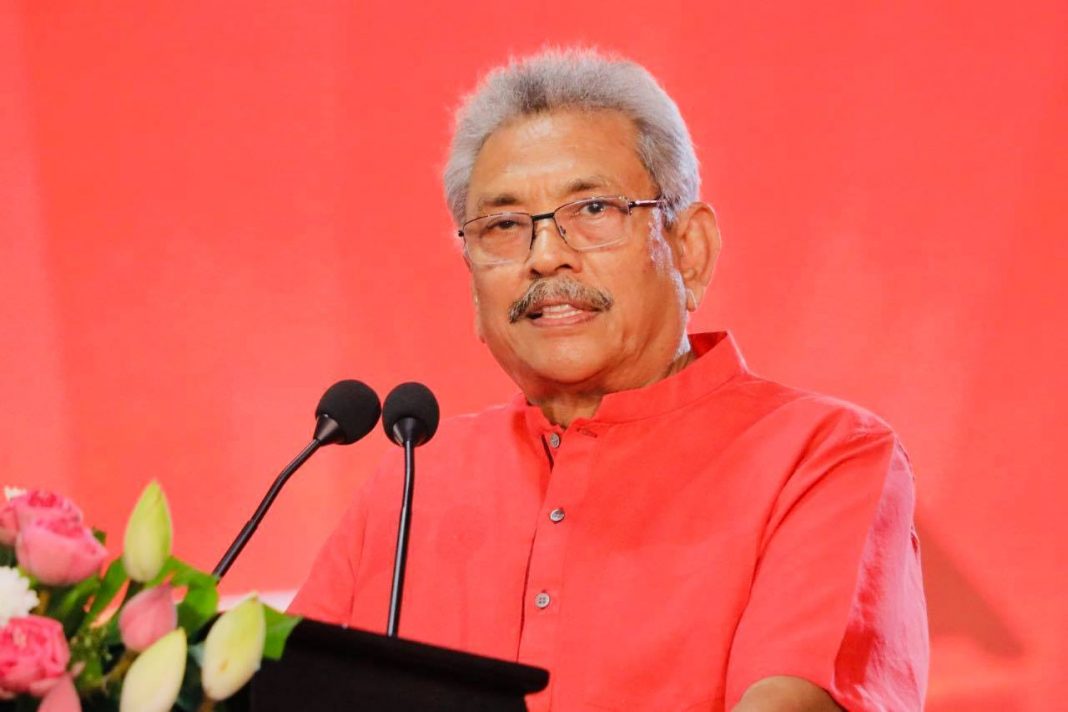 On Monday morning a flood of posts bemoaning the failure of the Gotabaya Rajapaksa administration swamped Facebook. Conspiracies of these being funded by Opposition MPs aside, they made a significant impact.

#GotaFail soon trended across Sri Lanka’s most widely used social media platform, and page after page shared posts decrying Rajapaksa’s inability to rule. The honorific “sir”, usually associated with the President, turned into a pejorative: “Sir has failed!” was the message in a nutshell.

What added fuel to speculations about Oppositional involvement was the fact that certain figures associated with the Opposition, especially the Samagi Jana Balawegaya, responded immediately to the posts inundating the newsfeeds. Infographics carefully explaining why, and how, the government had failed were published one after the other. The careful preparation that had gone into these posts seemed to indicate that the #GotaFail campaign had been cleverly concocted, though in the absence of any definitive proof one can’t say for certain whether it was.

One can say, however, that it was well timed. This week marks the 75th birthday of the Prime Minister and the first anniversary of the government: both tomorrow, November 18. After recording surges and spikes in COVID-19 patients, the number of daily cases has stabilised to the 400-700 range, and even below, but the number of deaths continues at a rate of three to five a day. Many people are angry, understandably, at what they see as the government’s bungled response to the second wave; it handled the first wave efficiently, they reason, because of elections.

There is truth to these claims. They must be looked into. The Gotabaya government did a pretty decent job with the first wave, even if that entailed sacrifices on the part of daily wage earners and the lower middle-class. It coordinated a superb programme, led by an efficient Task Force, and brought down the number of cases to single digits and imported cases. As of October 4, when the Brandix patient tested positive, there were only 37 active cases, i.e. cases being treated in hospital.

Several bungled responses later, including the involvement of a controversial “Doctor” in the Health Minister’s act of throwing a pot filled with holy water over a bridge, people are fuming. They are furious. They have a right to be, and the government must take note.

However, we must understand that this is not what animates the #GotaFail campaign. Those who make and share these posts argue that nothing has been done despite a year in office. Partly due to their muted criticisms of the government’s (successful) response to the first wave, they are vocal about its (relatively) failed response to the second. More importantly, they point at Rajapaksa’s continuing brags about handling the virus, bringing the economy back to what it was prior to the pandemic, and becoming an improvement over the previous administration.

These are largely unfair, and somewhat unfounded, claims. It explains why the campaign, aggressive as it was in the late hours of Monday, died down in the early hours of Tuesday. “Not even urbanites noticed it,” one person, a frequent Facebook user, told me rather cynically.

One can pinpoint two reasons for this: the government has been in power for only a year, and there’s nothing preceding it with which the success or failure of this administration can be matched. Simply put, if Gotabaya Rajapaksa in his first year failed, what can one say of Maithripala Sirisena and Ranil Wickremesinghe in all of their five years in office?

The campaign brought out the dirty underbelly of the anti-government space in social media. Particularly riveting was a photo, widely shared, of Gotabaya and his family, as well as the present Minister of Lands S. M. Chandrasena, sitting at what appears to be a dharmashalawa eating dinner, while a monk standing beside them talks with Mahinda. As several commentators pointed out, in itself the photo meant nothing. Yet in the hands of anti-government trolls, it turned out to be the perfect propaganda tool to undress the government’s obeisance to Buddhism.

It backfired. By Monday night, all that it provoked was a notice by the CID to Dhanushka Ramanayake, the Secretary to Champika Ranawaka, ordering him to appear the next morning at Headquarters on account of him having shared the image; it had been posted originally by someone else. The affair ended anti-climatically: Ramanayake went as ordered, talked affably with CID officials, and got the matter settled. Meanwhile, despite a flurry of posts, shares, and likes, the image hardly made waves.

The #GotaFail campaign faced the same fate: it hardly made waves. That says a lot about the failures, not of this government, but of the government most if not all of those making these posts, sharing them, and urging others to share and like them, supported back in the day.

The first and second waves of the coronavirus has left around 65 civilians dead. In April 2019 a series of bomb blasts left 269 civilians dead on account of several intel warnings being ignored by the then administration. Figure it out: what’s the bigger failure, and who’s the bigger loser?