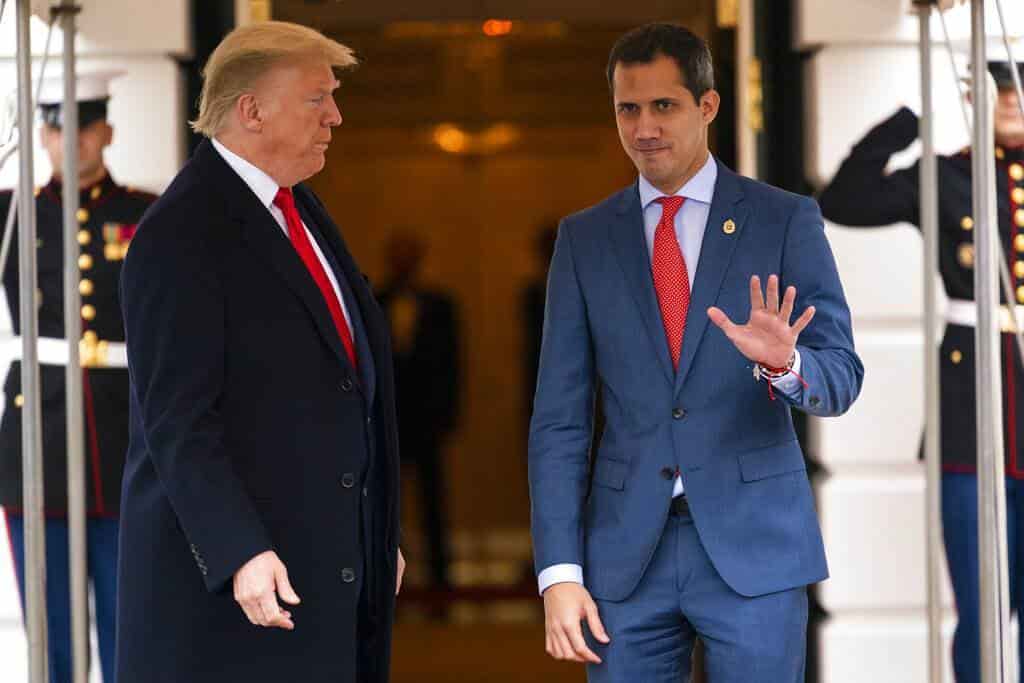 At the World Economic Forum in Davos earlier this year, Donald Trump chose not to meet Juan Guaidó. Exactly a year before, in January 2019, Guaidó had declared himself interim president of Venezuela after securing the support of some 50 countries; US Vice President Mike Pence and Secretary of State Mike Pompeo, the Trump administration’s top officials, had quickly made known their recognition of his self-appointment.

Back home, however, support for the Opposition waned; hamstrung by rising inflation and poverty, the pro-Opposition lower middle class vote reverted to Maduro. There was distrust of politics in general, predominantly among pro-Guaidó types. An engineer waiting by the bus stop in Maracaibo was blunt to Reuters: “Guaidó,” he observed, “missed his moment.” The engineer had supported Hugo Chávez, supported Maduro for a while, and shifted to the Opposition. Now he was turning around, just as Sri Lanka had in 2019.

And then, almost a year after Guaidó declared himself president, a corruption scandal hit his movement: documents leaked online showed that Opposition lawmakers had relegated themselves to powerful, shady business interests. The onus was on his party, Popular Will, to disprove the allegations. Party officials agreed to look into them. Having been neither disproved nor properly investigated, they came to haunt a movement committed to the norms of good governance and democracy.

With an Opposition fractured by its own contradictions, Maduro today looks fit as a horse. Guaidó, by contrast, looks a lost cause. Last June, confirming the turning of the tide, Trump said he would think about meeting Maduro. So much for the Popular Will.

Roughly the same story played out around this time in Bolivia. A year after a coup which threw out Evo Morales following what many see as a successful bid for a fourth presidential term, voters returned his party to power, throwing out a party led by a rightwing evangelist who, among other things, sanctioned the use of $600 million from public funds to pay off the debts of private companies. Western officials had tweeted against and contested the results of last year’s election, claiming Morales had interfered; they obviously couldn’t say the same of this year’s election, since a pro-Western leader was in power.

The political experience of Third World countries caught up in the crossfire between the West and its ideological opponents has taught us that an Opposition maintaining a pro-West stance will sooner or later fall apart. Whether because of nationalist sentiment within the Opposition itself, or of Opposition parties selling their principles to the highest bidder, anti-government movements that do not gain support outside an urban upper middle class and a floating lumpen crowd will be doomed to pay for the sin of sidelining the majority.

The situation is more tense elsewhere, particularly in Central and Latin America. Sri Lanka, on the other hand, is in the middle of a different geopolitical configuration. It can be to our disadvantage, but as the last 20 years have shown us, it can also be to our advantage. Unlike in the Americas and Africa, the toppling of populists here has not led to violent face-offs between populists and their opponents; it has instead led to a farce, whereby nationalists are defeated by neoliberal coalitions, who are themselves defeated ignominiously by the same ideological camp they threw out of power not too long ago.

The contradictions that the Samagi Jana Balavegaya faces today are thus the consequences of the shock therapies that its parent party, the UNP, administered on the country for over a quarter of a century. UNP regimes since 1994 have indulged in neoliberal “reform”, in line with the diktats of Western financial institutions. Officials of the Samagi Jana Balavegaya were among the most vociferous supporters of these initiatives then. They cannot plead ignorance today. They cannot say they didn’t know. They were there, and they gave support to those they bemoan and decry at press conferences today.

Despite its condemnations of the 2015-2019 UNP regime, the SJB has failed to realise that while the Opposition Leader may have changed, the ideology that brought his predecessor to power, and later threw him out of power, very much remains. No populist turnaround has happened, despite Sajith Premadasa’s attempts to win back the UNP’s lost electorate by playing to the gallery. The Opposition must realise that no amount of selfies and no amount of anti-government armbands and masks will do away with the bitter legacy they must transcend. If they ignore that, they can only go Guaidó’s way: dependent on support from the West, which can never compensate for lack of support from home.

Unless these crucial lessons are learnt, the SJB will only face more humiliations: humiliations worse, I would say, than those it faced this past week in Parliament, when some of its MPs not only voted for the 20th Amendment and the clause pertaining to dual citizenship, but did so after they had clearly communicated they wouldn’t to the hierarchy. The same goes for Mano Ganesan’s letter justifying his reasons for signing a petition to get Duminda Silva out: not even at the heyday of Ranil Wickremesinghe’s time in the Opposition between 2010 and 2014, when rumours were afoot that he and Mahinda Rajapaksa had struck an unholy deal with each other, did UNP MPs act like this in defiance of their party line. The public has clearly lost faith in many government officials. More significantly though, it has lost faith in the Opposition. “What Opposition?” a friend asked me. I couldn’t reply.