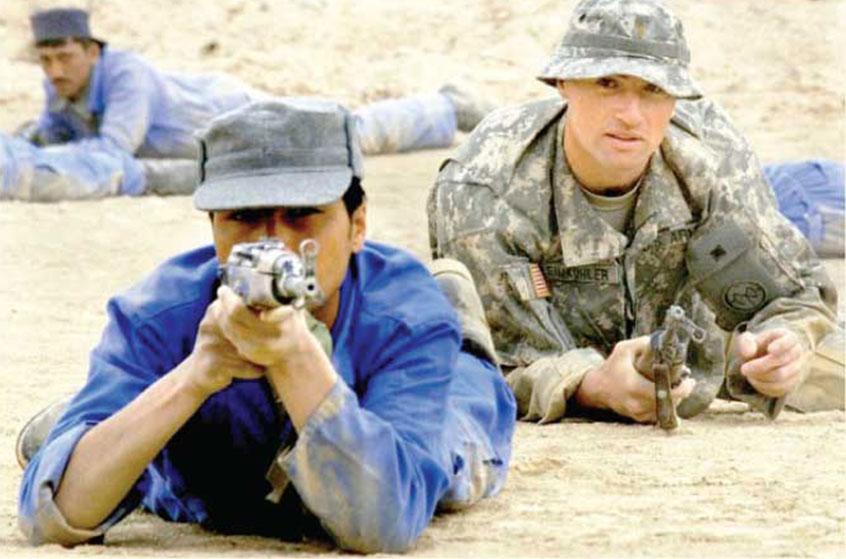 The 21-month long pandemic, which began with the outbreak of the deadly corona virus back in March 2020, ravaged hundreds and thousands of businesses and industries resulting either in widespread losses, closures or bankruptcies.

But one of the few industries that survived and prospered in 2020 was the multi-billion-dollar global arms industry led by the United States.

A new report released December 6 by the Stockholm International Peace Research Institute (SIPRI) says sales of arms and military services by the industry’s 100 largest companies totalled a staggering US$ 531 billion in 2020—an increase of 1.3 per cent in real terms compared with the previous year.

The arms sales of the Top 100 arms companies in 2020 were 17 per cent higher than in 2015—the first year for which SIPRI included data on Chinese firms. This marked the sixth consecutive year of growth in arms sales by the Top 100.

Arms sales increased even as the global economy contracted by 3.1 per cent during the first year of the pandemic.

According to SIPRI, the United States once again hosted the highest number of companies ranked in the Top 100.

Together, the arms sales of the 41 US companies amounted to US$ 285 billion—an increase of 1.9 per cent compared with 2019—and accounted for 54 per cent of the Top 100’s total arms sales.

Since 2018, the top five companies in the ranking have all been based in the US.

“The (US) industry giants were largely shielded by sustained government demand for military goods and services,” said Alexandra Marksteiner, Researcher with the SIPRI Military Expenditure and Arms Production Programme.

“In much of the world, military spending grew and some governments even accelerated payments to the arms industry in order to mitigate the impact of the COVID-19 crisis.”

Nevertheless, said SIPRI, operating in the military market did not guarantee immunity to the effects of the pandemic.

French arms manufacturer Thales, for example, ascribed a drop in arms sales of 5.8 per cent to lockdown-induced disruptions in the spring of 2020. Some companies also reported supply chain disruptions and delayed deliveries.

Meanwhile, even as the more deadly Omicron virus threatens another lockdown, the Associated Press (AP) reported December 3 of a multibillion-euro French deal to sell fighter planes and combat helicopters to the United Arab Emirates (UAE), “aiming to boost military cooperation with its top ally in the Persian Gulf amid their shared concerns about Iran”.

The UAE has agreed to buy 80 upgraded Rafael warplanes in a deal the French Defense Ministry said is worth a whopping 16 billion euros (US$ 18 billion) and represents the largest-ever French weapons contract for export. It also announced a deal with the UAE to sell 12 Airbus-built combat helicopters.

AP said the arms deal was a shot in the arm for France’s defense industry after the collapse of a US$ 66 billion contract for Australia to buy 12 French submarines that ultimately went to the U.S. But the deals faced criticism by human rights groups concerned about the UAE’s involvement in the years-long war in Yemen.

The UAE contracts were signed as French President Emmanuel Macron visited the country on the first stop of a two-day visit to the Persian Gulf. France and Gulf countries have long been concerned by Iran’s nuclear ambitions and influence across the region, particularly in Iraq, Syria and Lebanon, according to AP.

Dr. Natalie Goldring, a Visiting Professor of the Practice in the Sanford School of Public Policy at Duke University, told IPS the SIPRI data demonstrate once again that the military-industrial complex is severely disconnected from real world needs. Even as the global economy was suffering from the effects of the global COVID pandemic in 2020, global arms sales were increasing.”

“This disconnect between economic realities and the global arms trade is profoundly disturbing. Every Dollar that is spent on arms sales is a Dollar that isn’t available for responding to the COVID pandemic and meeting basic human needs such as food, clothing, and housing.”

“Unfortunately, these statistics are not surprising. What we’re seeing is the continuation of business as usual.” said Dr. Goldring, who is also the Acronym Institute for Disarmament Diplomacy’s UN representative for conventional weapons and arms trade issues.

“Although these data are for 2020, there is little evidence that the Joe Biden administration is changing these patterns. On the campaign trail, for example, candidate Biden said that his administration would take seriously Saudi Arabia’s consistent pattern of human rights abuses.

But in reality, said Dr. Goldring, the Biden administration continues to ignore these abuses and proposes to transfer weapons that will allow Saudi Arabia to perpetuate its systematic patterns of abuse. The Biden administration has also labeled proposed arms sales as defensive in nature even when the weapons have both defensive and offensive capabilities.”

“The US and other arms suppliers have an opportunity to learn from the COVID pandemic, reevaluate priorities, and reallocate resources to human needs. We can’t afford business as usual,” she declared.

According to the SIPRI report, the US arms industry is undergoing a wave of mergers and acquisitions. To broaden their product portfolios and thus gain a competitive edge when bidding for contracts, many large US arms companies are opting to merge or acquire promising ventures.

‘This trend is particularly pronounced in the space sector,’ said Marksteiner. ‘Northrop Grumman and KBR are among several companies to have acquired high-value firms specialized in space technology in recent years.’

Norman Solomon, Executive Director, Institute for Public Accuracy, told IPS the insatiable appetite of weapons dealers for bloated profits has continued to result in financial killings while literally killing many people around the world – directly with guns and bombs and indirectly by siphoning off desperately needed resources for human survival.

So many people in the world, he said, are in great pain due to lethal shortages of everything from medicine, potable water and minimal food supplies to housing and health education. And vast numbers of people are suffering and dying while powerful governments avidly serve the institutionalized greed of weapons industries, said Solomon, who is also Director, RootsAction.org

The synergy between governmental power and corporate military enterprises is a global toxin that embodies a downward spiral. In any year, this would have been a colossal betrayal of the scantest human decency. In a year that brought the world the emergence of the COVID pandemic, this record is nothing short of systemic mass homicide, he argued.

“The fact that the United States is the source of upwards of half the world’s total arms sales is a profound indictment of the US government’s role on this planet. One way or another, any government of a nation engaged in massive arms exports is a partner in that activity. The US and other countries engaged in large-scale exporting of weaponry should be vehemently and unrelentingly condemned,” he declared.

Meanwhile, the combined arms sales of the five Chinese companies, included in the Top 100, amounted to an estimated US$ 66.8 billion in 2020, 1.5 per cent more than in 2019. Chinese firms accounted for 13 per cent of total Top 100 arms sales in 2020, behind US companies and ahead of companies from the United Kingdom, which made up the third largest share.

‘In recent years, Chinese arms companies have benefited from the country’s military modernization programmes and focus on military–civil fusion,’ said Dr Nan Tian, SIPRI Senior Researcher. ‘They have become some of the most advanced military technology producers in the world.’ NORINCO, for example, co-developed the BeiDou military–civil navigation satellite system and deepened its involvement in emerging technologies. The Chinese were followed by European arms companies, French companies, German and Russian companies—all of them in the top 100.