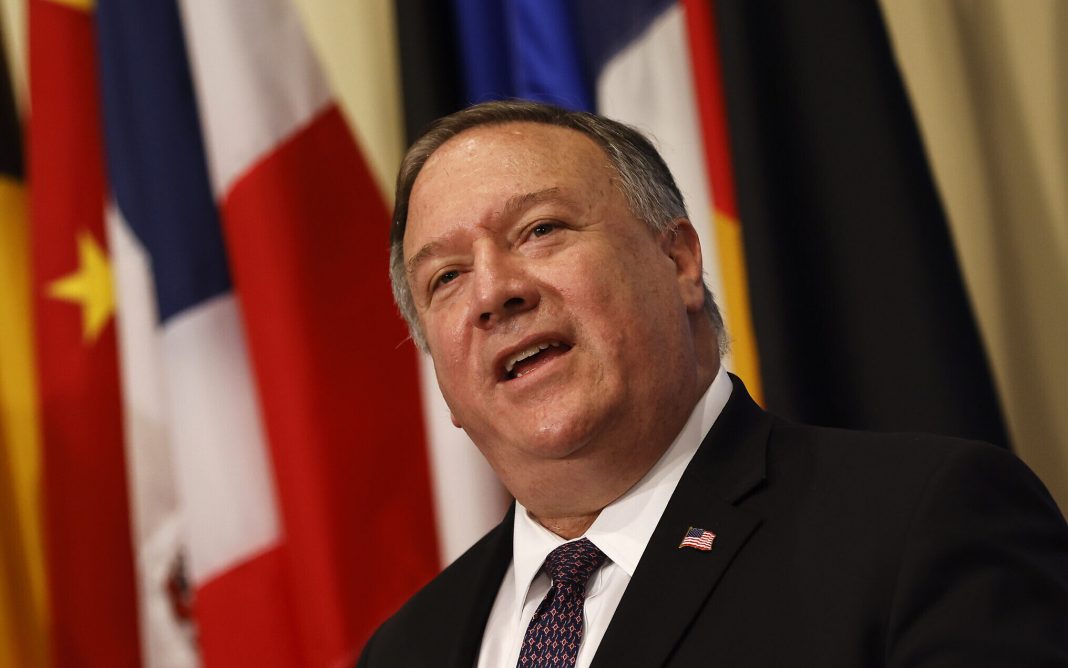 The arrival of US Secretary of State Micheal Pompeo days before the US presidential election has been a cause for much speculation. Judging from the countries he visited––India, Sri Lanka, Maldives, Indonesia and Vietnam––the Secretary’s whirlwind visits were to strengthen geostrategic ties with these countries as a measure of preparedness to counter the growing dominance of China in the Indo-Pacific region. As part of this exercise what Secretary Pompeo and the US Secretary Defence, Mark Esper, achieved in India was a total makeover of India’s image globally; a founding member of the Non-Aligned Movement has now become an ally of the US and committed member of the Quad.

In comparison to what happened in India, the MCC agreement with Sri Lanka amounts to small change. What happened in India would transform a geostrategic alliance with Quad partners into one that would have far-reaching geopolitical implications because its current relationship with the US would affect relations with all its neighbours such as Pakistan, Sri Lanka and others.

As far as Sri Lanka is concerned, there was considerable apprehension as to whether the government would sign the MCC agreement, notwithstanding the opposition to it ever since the public came to know of its existence. However, following talks with Secretary Pompeo, the President has reportedly informed his Ministers that the MCC Agreement would not be signed. By not making an official statement to this effect and embarrassing its guest for the sake of gaining cheap political capital, the government has acted with maturity and good taste. After all, one does not have to crow when one does not compromise on principles such as sovereignty, independence and territorial integrity.

WHAT THE US ACHIEVED in INDIA

According to a report in The Island of November 1, by Special Correspondent S. Venkat Narayan, India signed five pacts, one of which “was the crucial Basic Exchange and Cooperation Agreement (BECA) to share sensitive satellite and map data. This agreement will give India access to topographical, nautical and aeronautical data vital for pinpointed attacks using missiles and armed drones… BECA clears the path for India acquiring armed drones in the first instance and at a later date, fighter aircraft. Esper alluded to the discussions around this topic when he announced that the US planned to sell more fighter planes and drones to India.”

The report states: “A second official said the Indian link up with the US Central Command and African Command indicates that the two countries have bonded on hard security issues. ‘It is quite evident from the 2+2 dialogue that India has completely integrated with other members of the of the four-nation Quadrilateral Strategic Dialogue (QUAD) to monitor the Indian pacific region’ he said… Esper said the two countries’ focus must now ‘be on institutionalizing and regularizing our cooperation to meet the challenges of the day and uphold the principles of a free and open Indo-Pacific well into the future’ (Ibid).

The report ends thus: “Analysts say that the hesitation on India’s part to embrace the US for its national interests appears to have finally gone. The die has been cast for a strong Indo-US relationship, and it will not matter who wins the American presidential election on November 3”.

Having cast the die for a strong Indo-US relationship that “embraces the US for its national interests”, it makes sense for the Indian Foreign Secretary to question the relevance of non-alignment (Ceylon Today, November 3, 2020). However, for countries such as Sri Lanka, it is not to question the relevance or irrelevance of non-alignment but to accept the reality that India has abandoned a long cherished policy it fathered and nurtured and now finds that very policy an encumbrance because it does not resonate with its current geostrategic interests. It is a let-down not only for Sri Lanka but also to the over One Hundred other countries that committed faithfully to the Non-Aligned Movement. Instead of being despondent, Sri Lanka has to gear itself how to realign itself in keeping with the ongoing tectonic shifts in international relations.

The principle of the QUAD and therefore of India as one of its partners, is to promote “a free and open Indo-Pacific”. Although the stated principle reaffirms the age old international practice of freedom of navigation, the QUAD is essentially a military strategic alliance to counter emerging threats from China in the Indo-Pacific region. These threats arise primarily because most countries in the region have territorial issues with China, starting with the artificial islands that China created in the South China sea. Since Sri Lanka’s Port City is also artificially created, the US has imposed sanctions on companies and/or individuals associated with its construction.

Apart from this, Sri Lanka has no issues with China or any other country. In fact, Prof. Colombage is cited in Ceylon Today of November 3, as having stated that “between 2009 and now, 550 warships from 20 countries have visited Sri Lanka”, thus practicing the principle of free and open navigation in the Indian Ocean. Therefore, Sri Lanka has no cause to align with India or any other country, the way India has done in the name of “national interest”.

With India “embracing” the US in a strategic security alliance because of its own national interest, the question for Sri Lanka is what the status of the Agreements and Accords that were forged with India when it was non-aligned is. Now that India has abandoned its former policy and committed to a new relationship with the USA and the QUAD, India’s bona fides as far as Sri Lanka is concerned become questionable because there is a credibility deficit.

With the US and India signing the key Basic Exchange and Cooperation Agreement “to share sensitive satellite map data”, India now has “access to topographical, nautical and aeronautical data even within Sri Lanka’s Greater Economic Zone. Such vital information gives India a clear and distinct advantage over Sri Lanka, that it did not have before. Such advantages are often exploited by major powers to the detriment of the smaller States. The irony in such a situation for India is that it shed blood to rid itself of colonialism, and later banded with other former colonial states to be fully free of colonial exploitation, but would itself become a coloniser and exploiter under the new relationship with the US, all in the name of “national interest”.

Reliance on the Non-Aligned Movement to bail out Sri Lanka from such a predicament would amount to blowing in the wind. Nor would appeals to India to play fair on account of centuries of deep and abiding bonding be of any help. What is at stake is pure and simple exploitation couched in smooth language based on “principles” such as free and open Indo-Pacific on the surface while exploiting what belongs to others beneath that geographic surface.

Sri Lanka has to gear itself to face the emerging challenges arising from the dynamics of the newly forged US/India relationship. In this regard, Sri Lanka has to prepare itself to address how it is to structure the state including the institutions of government that best suits its own security, geography and its cultural roots under a new Constitution. In this regard, Sri Lanka should keep India informed only of the major trends of such an exercise not with the hope of securing India’s acquiescence, but as a matter of courtesy.

As for the economy, Sri Lanka should adopt measures that encourage the private sector to implement locally funded infrastructure projects to the maximum extent possible. By way of a real life experience, where this has benefited and continues to benefit the country is in the field of Water Supply. When Dinesh Gunawardena was Minister of Urban Development and Water Supply, a proposal was made to Dr. P.B. Jayasundara, who was the Secretary to the Treasury, to implement water supply schemes using locally raised funds because design and construction capabilities including materials required were available in Sri Lanka. The idea was welcomed but took time to germinate. With time and patience, today, out of a total of forty-four (44) small and medium scale Water Supply Projects throughout the country, twenty-two (22) are being implemented using local funding. Furthermore, locally funded projects are less costly than the foreign-funded ones.

Sri Lanka has the know-how and capability to undertake large scale Water Supply Projects as well. The issue however is the lack of funding. In such instances, instead of handing over the total project to foreign sources at a higher cost, the government should raise foreign funds and implement them locally because the local costs are considerably lower, and that means the foreign funds needed are significantly less than giving the entire project to foreign sources.

Such an approach should also be adopted for the construction of expressways that are toll roads as well, because even if such projects are given to foreign sources they are subcontracted out to local companies. Therefore, funds for infrastructure projects should be raised from foreign sources other than governments, and implemented locally at lower costs instead of handing over implementation to foreign sources at higher costs.

The benefits to the country that cannot be quantified in pure monetary terms are (1) That every project comes with it its share of challenges; exposing local personnel to the associated challenges means that they gain experience that otherwise they would never have received; (2) the fact that funding is sought from sources other than governments,means the country retains its independence without having to compromise its foreign relations thus avoiding financially related traps that are exploited by countries; (3) except for high priority projects such as power and energy, other projects should be delayed until Sri Lanka is able to catch its breath from the effects of the COVID – 19 Pandemic, and (4) to give Sri Lanka’s private sector every encouragement to engage with the private sector in other countries in projects that add value to local raw materials and minerals, and/or in projects that would substitute imports.

India and the US won big following the visit of Secretary of State Michael Pompeo and Secretary Defence Mark Esper. In fact, it was so big that the MCC Compact with Sri Lanka amounted to small change. Perhaps, it was this that made Secretary Pompeo leave the decision on the MCC Compact to Sri Lanka and the Sri Lankan people.

For the US, it got India to “embrace” a new relationship with the US and become a committed partner of the QUAD to a point where India’s Foreign Secretary has questioned the relevance of non-alignment. These shifts have transformed the geostrategic impact of Pompeo’s visit into a geopolitical one, and in the process have shaken the foundation of India/Sri Lanka relations. For India, the Basic Exchange and Cooperation Agreement (BECA) with the US gives access to maps and data relating to the Indian Ocean that are invaluable to it both militarily and economically. This data has to include much information relating the Sri Lanka’s Greater Economic Zone. This places Sri Lanka at a serious disadvantage that is bound to be exploited by India.

These tectonic shifts become the motivation for Sri Lanka to break free from its former constraints imposed by Indian intervention in Sri Lanka’s internal affairs, and restructure the State and its Institutions to ensure its own security in keeping with its geography and cultural values, under the new Constitution. In the meantime, Sri Lanka should revisit and refashion its economic strategies on the lines recommended above, thereby underscoring its commitment to the country’s Sovereignty, Independence and Territorial Integrity.