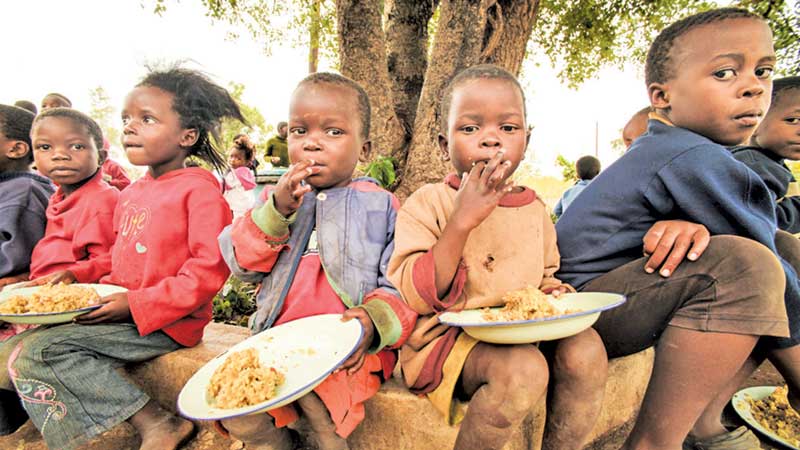 COVID-19 has exposed numerous fractures in global food systems that leave millions at risk of food insecurity. Like the numerous political failures in dealing with COVID, the repercussions of food system failings are experienced by rich and poor countries alike, with the poorest and most marginalised paying the greatest price.

To be clear, while the numbers of those who are undernourished remain shamefully high, this is a food crisis that is not just about hunger or famine. There is also a silent and growing crisis of an estimated 38.9 million children worldwide affected by being overweight and in too many cases, these children grow into adults facing unhealthy eating and chronic diseases associated with obesity (diabetes, heart disease and some cancers, etc.).

Alongside these dual burdens of malnutrition, there is a third crisis – climate change – which food and agriculture is a major contributor to as well as being vulnerable to its impacts, and therefore further threatening food security.

The United Nations (UN) Food Systems Summit on September 23, 2021, was conceived (in the jargon of the UN) to develop equitable, healthy and sustainable responses to ensure that “no one is left behind” as we “build back better” from COVID-19.

Forty-one thousand people have taken part in Summit dialogues but the process has been marred by continual criticism, particularly for its inadequate attention to human rights, the sovereignty of indigenous peoples over their own food systems, and worker rights across the food system.

More than anything, criticism of the Summit has focused on its inclusion of ‘Big Food’, including names such as PepsiCo who were invited to ‘fireside chats’ as part of the Pre-Summit in Rome.

Of course, food companies are an essential part of the food system. Indeed, had the Summit engaged first in a root cause analysis of the problems that have contributed to the syndemic (synergistic epidemic) – of under nutrition, obesity and climate change – all issues the Summit portends to address – corporate concentration, negligence and unbridled power would have been identified as the primary cause of policy inertia.

There is no doubt that corporations will need to radically transform as part of the changes advocated by the Summit. But they won’t do that on their own and they certainly won’t do that as part of cozy fireside chats.

Yes, this will take dialogue, but the record on this to date is poor. In many global and national spaces, rather than being “part of the conversation”, there is widely documented academic evidence of big food companies trying to shape the outcomes in their interest: towards voluntary measures and empty promises, away from the regulation (such as front of packet labels) and taxation (such as soda taxes) which have been shown to be most effective in minimising the damage from unhealthy, highly and ultra-processed foods.

Discussion of such issues, alongside such products’ environmental impacts, have been minimised as part of the Summit process. Was that to avoid Big Food’s discomfort at discussing the most unhealthy and unsustainable foods?

UN organisations and their staff are well aware of such issues but have been pressured to “come to the table” with companies they know are more interested in driving shareholder value than contributing to sustainability and public health.

Such companies have a history of unethical marketing of unhealthy foods to children, or persuading poor mothers not to breastfeed. Fortunately, there are conflict of interest rules and protocols that exist to protect the day-to-day work of UN organisations so that they can fulfill their public mandate without such unethical interference.

As part of our own contribution to the Summit planning and to help it overcome such criticisms, two of us led an ad-hoc committee focused on the Summit’s own ‘principles of engagement’. We also wrote to the UN Secretary General and the Summit leadership to suggest that the Summit simply follow the UN’s own conflict of interest rules and be transparent about who was involved in shaping Summit processes and why.

Our letter was initially signed by 100 individuals and international organisations across five continents, ranging from dietary disease activists in Ghana to organisations such as Save the Children and researchers at the International Food Policy Research Institute.

The UN’s own Special Rapporteur on the Right to Food was an early supporter and 40 additional signatories were added recently when we re-opened the letter due to popular demand, including the American Heart Association and a co-author of this opinion article, the ex-Director of the UN Food and Agriculture Organization (now Director General of Brazil’s Zero Hunger Institute).

But from the leadership of the Summit itself, nothing in reply.

You may ask who cares about these UN summits, really? We do and everyone else should too. Such summits set the scene for national action, they define future funding patterns for UN and bilateral aid organisations, they spawn decades of debate on the issues raised, and, if not well conceived, they provide nice sounding cover for the status-quo.

Behind the multiple fights that have raged in the privileged world of these global debates, there are real issues that will play out in multiple ways in every country faced with the global food and climate emergencies and the inequities that caused them, made all the more raw by the COVID pandemic.

What we have seen ahead of this week’s Summit is a lot of “nutri-washing” and thousands of proposals reflecting the voices of well-nourished people and little (if any) proposals for putting an end to hunger and other forms of malnourishment as a political priority by governments around the world.

The final speech by UN Secretary General Antonio Guterres could be a turning point to change this, but not if he chooses to paper over the sensitivities when addressing contentious issues.

If you haven’t yet, get involved, even after the Summit on September 23. This battle will rage on including in your own country as it faces up to these multiple food and climate crises and as policymakers face numerous influences over policy directions in response.

All future UN processes should be governed by a simple set of rules set by the precedent of past UN organisations and international summits where conflicts of interest have been taken seriously. This will set the standard for national debates across the world, which is where the real work begins. (IPS)