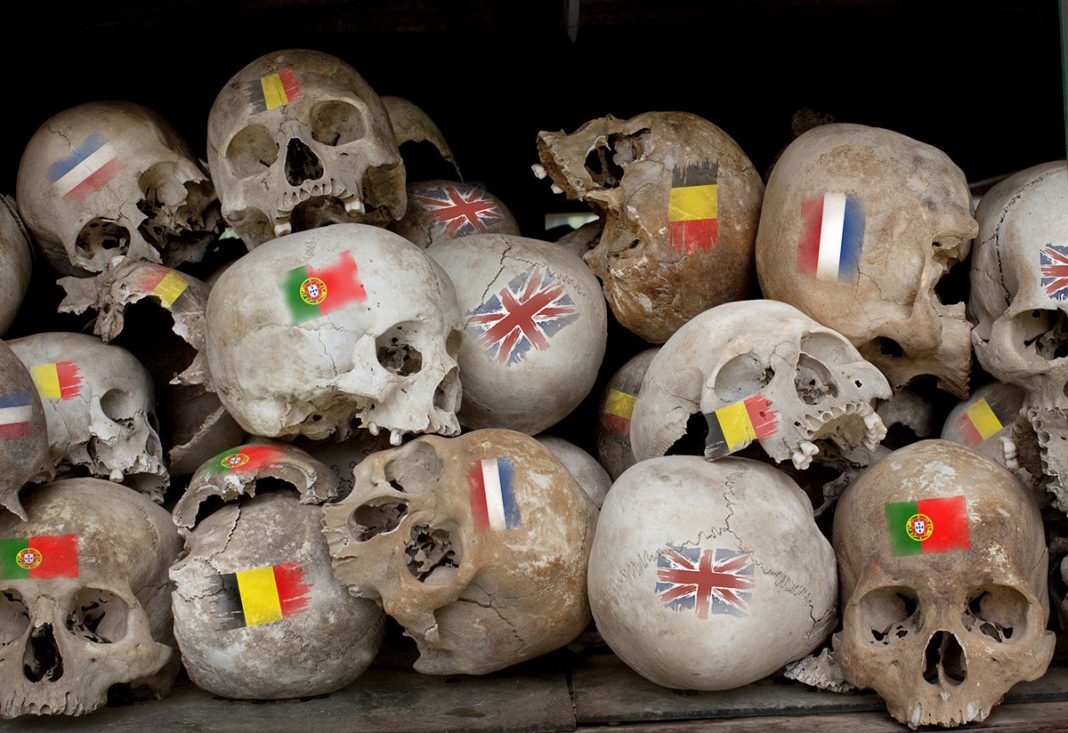 Paris has returned to Antananarivo a crown atop the throne of Ranavalon III, the 19th Century Queen of Madagascar. The crown has been in the French Army Museum since 1910. It was returned as per an agreement between presidents Emmanuel Macron and Andre Rajoelina, which ‘is part of the process of returning THIS cultural property to Madagascar, which is part of that country’s history.’ The ownership will be officially transferred to Madagascar following legislative action, we are told.

Meanwhile, Belgium is to return a tooth taken from the remains of the first Congolese Prime Minister, Patrice Lumumba, who was tortured and killed in January 1961.

Let’s take the crown. On the face of it, France appears to be wearing a badge of remorse, the little boy Jack in Grade 2 who stole John’s eraser and agreed to return it (once the legal papers are signed).  A crown. That’s it? And even that requires legislative action? Whaaaat? And what about the OTHER parts of ‘that country’s history’? The wealth that was plundered? How about compensation for every act of theft, every death caused and all the disruptions that the French are guilty of?

The Congolese ‘return’ is far worse. Just consider this: millions of Congolese were killed, mutilated or died of disease as they worked on rubber plantations belonging to King Leopold II.

A tooth? Just one tooth? And that’s it? All debts paid? Reconciled once and for all? We are all friends now?

A Belgian judge ruled that the tooth should be returned to Lumumba’s family. Was the judge wearing a solemn expression? A poker face? Did he/she have his/her tongue in his/her cheek?

You do it all, you ship out the wealth, and you give back a tooth and then ‘it’s all even now’?

Yes, neither France nor Belgium invaded us. Our petitions should be addressed elsewhere. We will do that, rest assured. That said, these ‘moves’ are so mind bogglingly grotesque that we just cannot let them go without comment.