Foreign policy tips from a star in the Yahapalana swamp 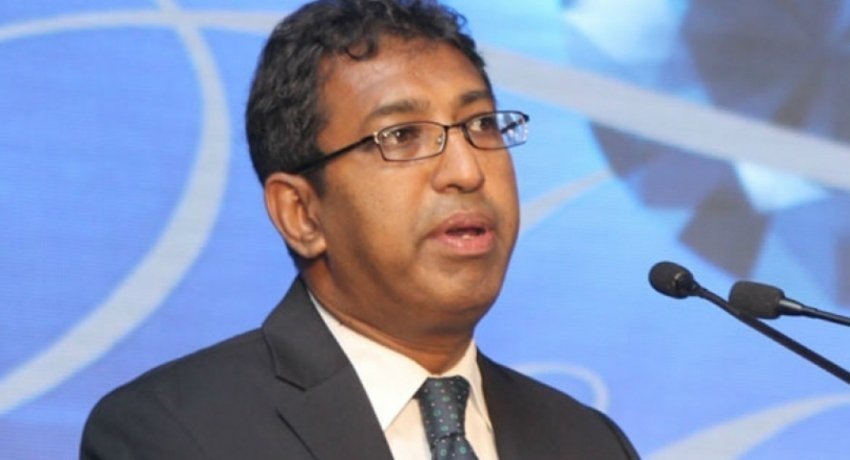 MP Harsha De Silva has slammed the government for what he claims is ‘a confused foreign policy’. There’s some truth to it. Being non-aligned in such an entwined international system is far from realistic. Where regional or world powers go – big or small Sri Lanka depends on them all.

Here’s the catch. What are De Silva’s credentials to offer foreign policy tips? He asks if the government knows that diplomacy and foreign policy are not a play of words. It is, almost always. He terms diplomacy as honesty. A far cry from it.

No country is happy for your prosperity if there’s nothing in it for them. Fact. De Silva’s ambassador friends who are paid by rich governments to lie on their behalf over champagne and whiskey seem to be doing their job right. How else can a man of his level of education connect diplomacy and honesty?

De Silva says diplomacy is (also) about sincerity,  civility and responsibility. Ok, why then couldn’t the yahapalana regime he was a part of rescue Sri Lanka out of economic hardships with its so-called five-star diplomats?  Why was a proposal to reform Sri Lanka’s MFA with Singapore’s support not implemented in the 4.5 years during which Harsha was talking of ‘economic diplomacy’?

Why during his government’s tenure did low-ranking US and EU diplomats get VIP receptions at the airport, a song and dance after meeting Mangala Samaraweera and not have any of this reciprocated when Sri Lankan officials visited their Western friends?

The gold standard of competence within the MFA is servility, which he believes has  replaced meritocracy and capacity. Riddle us this. Why did Yahapalanaya appoint J.C. Weliamuna and Lal Wickremetunga as High Commissioner and Consul General to Australia respectively, Lalith Allahakkonne to Malaysia, A.S.P. Liyanage to Qatar? Where is the meritocracy in those appointments? Why was Prasad Kariyawasam appointed as foreign secretary bypassing seniors in-line and why were so many agreements with US fast tracked without drafts being made public until the then opposition made a hue and cry? Honesty and diplomacy?

He is upset that Milinda Moragoda who ‘’openly insulted’’ India is now Sri Lanka’s High Commissioner there. He questions why Moragoda has not released himself from the Pathfinder Foundation duties, or even worse,  is ‘’delighted that controversial Chinese company Huawei’’ is collaborating with the Foundation for cutting-edge ICT technologies in all spheres in Sri Lanka. To call Huawei controversial just because the West and India are treating it so is what servility looks like. Moragoda is in no way bound to bandwagon their behavior.

De Silva is unhappy that C.A. Chandraprema has been appointed as the top man in Geneva only because ‘’he helped SLPP win’’. Let’s say Chandraprema did back the ‘pohottuwa’. He has no diplomatic experience, true. However, no UNPer (present, past or future) has the moral authority to be perturbed about such things.

Now then, De Silva can tell us who in the Yahapalanaya thought it was a good idea to co-sponsor the  US-led resolution even when Chadraprema’s previous predecessor Ravinatha Ariyasinha smelt something fishy in the move? Ariyasinha is a career diplomat. De Silva knows this.

A diplomatic posting entails having difficult conversations so Sri Lanka’s national interests can be brought to the table. There must be no hard feelings after confrontational conversations. The model De Silva is suggesting is fit for a Montessori where your best friend’s enemy is your enemy and vice versa where friendship goes.

Sri Lanka’s ambassadors have no mandate to serve the host nations interests. They have a duty to uphold ours.

There is nothing diplomatically great about begging and pleading big bullies to keep us on their friends lists. His lack of reference to Sri Lanka’s ties with any nation which doesn’t conform to capitalist models is evidence that for De Silva a diplomatic win is only a win with the West. All other victories are not worth talking about. This is also how Colombo liberals think.

No wonder they love you, Harsha! Now sit down!