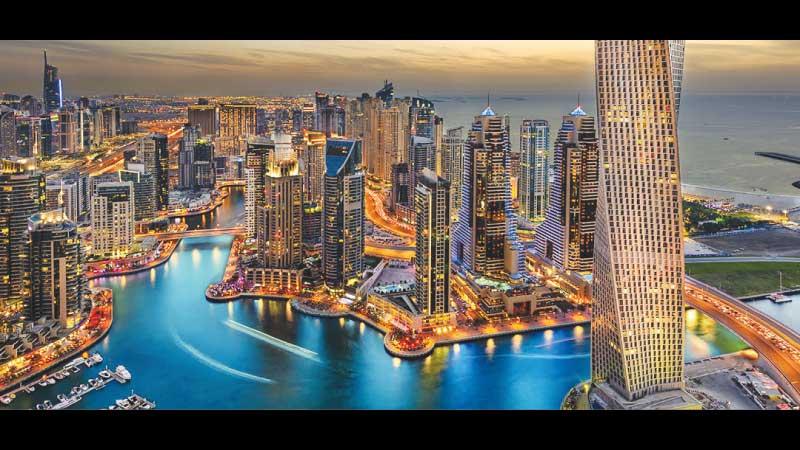 Likewise, the great experiments that succeeded were those of Park Chung Hee of South Korea, and of Premier Lee of Singapore.

They say the great transformation of India that’s succeeding is that of Prime Minister Modi. Maybe the jury is out on that, but India is imbued with a sense of purpose these days, despite the criticism that Prime Minister Modi faces, particularly from the liberal West, for his Hinduthva stance.But there is always a great experiment, a plan that succeeds for any country. Maldives had the great tourism experiment, and has never looked back since. Dubai had the experiment of the glittering oasis.Dubai for instance owed its success to Shiek Mohommed Bin Rashid Al Maktoum.

The crown prince’s mantra, was that ‘everything should be world class.” The Dubai of today is a massive megalopolis of possibility, but it’s easy to forget, the whole thing started as an experiment. Apparently in the rest of the gulf, there was a great deal of ‘Dubai envy’ and policymakers in countries such as Kuwait were wondering how Dubai did far better than their countries, even though they had oil, and Dubai didn’t.

Then there was Qatar. The country was never a major player in the oil market, but capitalised on gas reserves. Apparently to switch essentially to gas exportation leaving oil aside, was a massive risk for Qatar, but it paid off — it was an experiment that delivered in spades.

It can be argued that these were all natural resources — be it gas or oil — and that it is easy to forge ahead with an abundance of such natural wealth, which we in Sri Lanka aren’t exactly blessed with, at least as yet. But then having oil or other similar resources such as gas has not been a blessing to some other countries, and has been more of a curse. There is no need to mention nations that have been eternally embroiled in war despite or because of the large reserves of crude, so in that context, there is no underestimating the success of the Qatari experiment for instance.

Other experiments that have worked include those of Malaysia without a doubt, and those that are at least showing signs of working are those of Vietnam and Bangladesh. For example, the top performing economy of the world in 2020, during the throes of the pandemic, was Vietnam.

Sheng Lu, an assistant professor at the University of Delaware told the Financial Times recently that “there are few spare workers or production facilities left,” in the country. Vietnam liberalised as if in a frenzy, and deregulated as if there was no other way at all. The country signed free-trade agreements at the drop of a hat, and all this paid off.

It’s an experiment that’s definitely working, if not one that has absolutely succeeded. When the trade wars hit China, many international companies chose Vietnam to relocate in. The other remarkable factor is that Vietnam has been on the ready to pounce on every calamity and call it an opportunity.The experts say that the South East Asian country’s real breakout moment was the Covid crisis.

Just imagine that. Every country imaginable is reeling from Covid, be it rich or poor, and here is Vietnam making an opportunity out of a calamity. There was a minimal lockdown in Vietnam, and the economy was booming because the country became a manufacturing hub for folk who stayed at home and ordered goods online, worldwide.

Vietnam started redoubling exports of everything from coffee to furniture because stay at home people the world over were using more of these commodities. Some may say that the country’s culture of strict discipline worked because online rumours within the country were scotched ruthlessly, and so on, during the height of the pandemic.Be that as it may, the initial Vietnam experiment was a success, and the Covid period experiment seemed to have been an even greater success.Every country that’s poised for great things therefore seemed to have begun with an experiment.

The current regime is probably the most substantial experiment this country has experienced since independence. President Gotabaya Rajapaksa has said that if there are difficulties today there would be a reward at the end of it, or words to that effect. There is little doubt that the Government is working to an unprecedented plan. The fertiliser issue and the entire import substitution initiative says it all.

There seems to be an awareness that a great experiment is needed to coax a country out of its shell. Dubai, Vietnam, China — these are living examples.

An experiment of any type is better than none at all, and therefore in contrast to the last Government in particular, it’s clear that there is a vision and a plan — which is in sum an experiment that in the president’s thinking, would pay off.

Obviously, the particular experiment of this regime is not old enough to be assessed on whether it would deliver or not. No novel initiative of the size of the pathbreaking innovations in Dubai, or Malaysia or China — as diverse as they come — delivered in a mere couple of years.

What’s rather unprofessional on the part of the critics is their inability to acknowledge that there is an experiment that’s happening on a large scale, and in an unprecedented manner, and that it has to be given time. The people of this country are a bit more astute it seems, and it appears they are willing in some way to acknowledge that there is something different going on.

For example, the tile vendors are complaining, but at the end of each jeremiad they grudgingly acknowledge that it’s good to rely on local products — except, they say, they don’t like the abrupt manner in which it is being done. There is the acknowledgement that something is happening, like it or not. The regime seems to be more than aware that it’s bound to come up against resistance and constant carping, but it seems it’s a leadership that’s not risk averse in this regard. Somewhere deep down beneath the veneer of self-doubt and so on seems to exist a massive reservoir of confidence.There is self-awareness that there is a transformational experiment going on.

Even those experiments of say Qatar and so on were never off the ground and then immediately at cruising altitude in a hurry. There was a lot of stormy weather that was faced, especially in the case of Qatar, because the experts thought that the reliance on gas exports as opposed to crude, was a massive blunder.

That self-awareness seems to be abundantly present as far as the current dispensation here in Sri Lanka is concerned.

Time will tell, but the story has to be written that there is a bold initiative that’s in the nature of, say, South Korea’s several five year plans during Park Snr’s rule.

Sometimes, regimes are lucky enough to have the international media for instance acknowledge the fact that a country is in the midst of a great experimental transformation.

With Vietnam, this is the case. The media was going into raptures over the Vietnamese Government’s roaring success in the face of Covid, for instance.

The laudatory comments were interspersed with reviews about how Vietnam got here this far — the period of Doi Moi or renovation for instance, getting more than a cursory mention in many commentaries.

That’s the spirit of acknowledging that folk are trying. There are various locations in the continuum that countries in the experimental phase occupy, and Vietnam and Sri Lanka are not in the same place on that spectrum. But more should be focussed on what’s going on in this country. It’s not just reality — it’s good to see folk charting the territory of the unchartered.