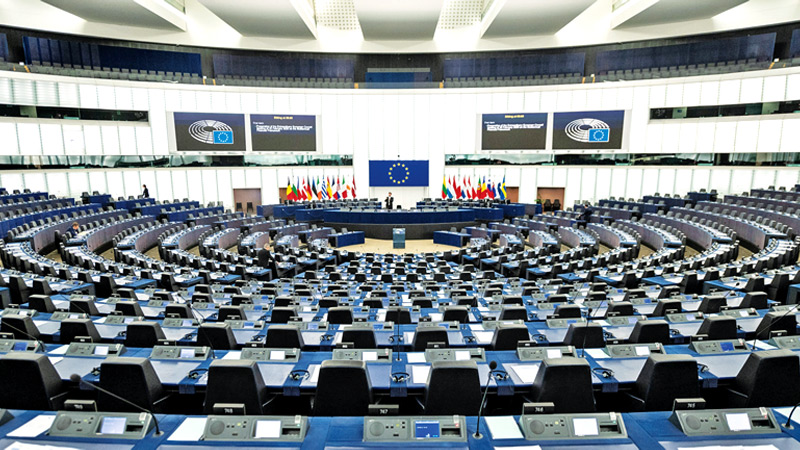 Similar warnings to Philippines and Pakistan yet to be implemented

Sri Lanka is not the only country to face intimidating gestures of the European Parliament. Before passing a Resolution on Sri Lanka with a threat of withdrawal of the GSP+ concession, the European Union Parliament (EUP) passed two similar Resolutions against the Philippines and Pakistan.

Philippines President Rodrigo Duterte said he was not at all bothered about such threats made by “stupid European Union guys.” When the European Union accused his Government of gross human rights violations, he rejected them with contempt and threatened to expel all European diplomats within 24 hours after the EU Parliament’s criticism of his actions. Duterte, known for his verbal onslaughts, said that EU could “roll up the Resolution and shove it up…….”

Presidential Spokesperson Harry Roque, referring more diplomatically to the resolution passed by the EU Parliament in September 2020, said, “They should do what they want to do during this time. If they want to implement it, go ahead. I’m sorry I’m being very undiplomatic in my answer, but what else can I say? At the time of a pandemic, they’re threatening us. Oh my God, what else do we lose?”

Pakistan too adopted a similar attitude when the EU Parliament proposed to withdraw the GSP+ Concession in April 2021. The country’s Human Rights Minister Shireen Mazari said it is unfortunate that the co-sponsor of the EU’s anti-Pakistan Resolution was a member of a party that the Swedish Prime Minister Stefan Lofven referred to as “a neo-fascist single-issue party” with “Nazi and racist roots,” and asked whether “… GSP+ is getting muddied in Islamophobia?” However, she also tweeted: “We have issues to resolve but there has been more movement now on our Human Rights International Convention commitments than in previous Governments. The way forward is dialogue and negotiations, which we have been doing, not extreme public postures.  Unfortunate.” Although many politicians and commentators in Sri Lanka take the EU Parliament Resolution entitled, “The Situation in Sri Lanka, in particular the arrests under the Prevention of Terrorism Act,” as a final decision to withdraw the GSP+ Concession, it is far from the factual position. The European Parliament has no power to implement its Resolutions. It has only the legislative power and it does not formally possess the right to initiate action on the Resolutions.

The power to withdraw GSP+ concessions lies with the EU Commission. Furthermore, the EU Parliamentary Resolution is not a fait accompli. The resolution, “Calls on the Commission and the European External Action Service (EEAS) to take into due account current events when assessing Sri Lanka’s eligibility for GSP+ status; further calls on the Commission and the EEAS to use the GSP+ as a leverage to push for advancement on Sri Lanka’s human rights obligations and demand the repeal or replacement of the PTA, to carefully assess whether there is sufficient reason, as a last resort, to initiate a procedure for the temporary withdrawal of Sri Lanka’s GSP+ status and the benefits that come with it, and to report to Parliament on this matter as soon as possible.”

However, the EU Parliament Resolutions on the Philippines and Pakistan called on the EU Commission “to immediately initiate the procedure which could lead to the temporary withdrawal of GSP+ preferences.” Nevertheless, the EU Commission has not taken steps to implement the Resolutions after sharp reactions from the Islamabad and Manila Governments.

Clarifying the issue, a European Commission spokesperson said that the EU’s current policy focuses on actively pursuing the GSP+ monitoring process, that is, an open dialogue with the Philippines on the areas of concern and how to progress to alleviate these concerns, rather than to initiate a process to withdraw GSP+ preferences. She added that the Philippines is engaging constructively in the GSP+ monitoring process, which will be followed up in the next joint monitoring mission to the Philippines planned by the Commission and the European External Action Service, when COVID-19 conditions allow.

The above comment by the EU clearly shows that there is no intention to withdraw GSP+ concessions granted to the Philippines ‘with immediate effect’ as warned in the 2019 Resolution. It is a long-drawn process of evaluation and discussions. It would also be applicable to the Resolution on Pakistan. As it was passed this year, it is difficult to comment on the action or inaction the Commission had initiated. Once again, the Resolution calls for immediate review.

As the Foreign Ministry clarified, the EU Parliament Resolution contains factual inaccuracies and does not take cognizance of the multifaceted progress made by Sri Lanka in reconciliation and development. The provisions of the Prevention of Terrorism Act have been invoked to address heinous acts of terrorism committed on its people. The EU was reminded of the Easter Sunday terrorist attacks of 2019 that resulted in significant loss of life, including of several EU nationals. “It is important to underscore that the Government of Sri Lanka maintains a regular, vibrant and cordial dialogue with the European Union, covering all aspects of bilateral relations,” the Foreign Ministry said.

Eager to make a comeback into the limelight, UNP leader Ranil Wickremesinghe said that if the GSP+ concessions were to be revoked, the Sri Lanka Rupee will depreciate further and unemployment will rise. “The Rupee will depreciate to about 300 to a dollar (from the current level of 200), and we won’t be able to carry on. Think of the people and the Cost of Living. If the Government is seriously interested in the people and their welfare, they will not play politics and ensure we retain GSP+,” Wickremesinghe said.

However, considering the delay in implementing the EUP’s Resolution, one could forecast that the US dollar could be around SLRs 300 when the EU eventually withdraws GSP+, if at all.

Foreign Minister Dinesh Gunawardena pointed out that Sri Lanka has a constructive engagement with the European Commission on the review of its EU GSP+ compliance with the 27 core International Conventions. Towards this end, the Third Cycle of Review of the EU GSP+ Monitoring Process for 2020–2021 is ongoing. There is an ongoing dialogue on cooperation under the annual EU-Sri Lanka Joint Commission, the 23rd session of which was convened in January 2021.

It has been pointed out to the EU that Sri Lanka has, in accordance with the Constitutional mandate and international obligations, taken steps to protect the rights of all its citizens. Specific provision in terms of Article 12 (1) of Sri Lanka’s Constitution ensures that all persons are equal before the law and are entitled to the equal protection of the law. Article 12 (2) of the Constitution prohibits discrimination based on race, religion, language, caste, sex, political opinion, place of birth or any such grounds.

It is observed that Amendments to the Constitution were enacted in full compliance with the procedure set out in the Constitution. With regard to such legislation, a number of in-built safeguards relating to transparency and judicial review aimed at preventing the passage of bills that are inconsistent with the Constitution, including its Fundamental Rights chapter, have been adhered to.

The Government has regularly updated the Human Rights Council as well as EU interlocutors on the measures undertaken to address issues of accountability, and to achieve continued progress in reconciliation. Mechanisms in place in this regard include the Presidential Commission of Inquiry headed by a Justice of the Supreme Court, the Office of Missing Persons, the Office of Reparations, the Office of National Unity and Reconciliation, the Human Rights Commission of Sri Lanka, and related institutional reforms aimed at non-recurrence and other confidence-building measures.

Sri Lanka’s labour rights, including health and safety conditions, are in compliance with ILO standards. Sri Lanka’s high labour standards maintained in production have led to better quality products, and high value-added exports, as reflected in the apparel sector. The higher demand for ‘ethical’ products from Sri Lanka has led to increased production, subsequent investment, and improvement of the human capital in Sri Lanka.

There is no denial that GSP+ concessions have contributed significantly towards this process, thus benefiting the Sri Lankan economy, as well as the EU market. Similarly, the fisheries sector is a notable growth sector which has benefited from EU GSP+ concessions. However, Sri Lanka will not bow down to unreasonable demands and barter away its sovereignty and the Constitutional provisions to get any concession(s) from any country or bloc.