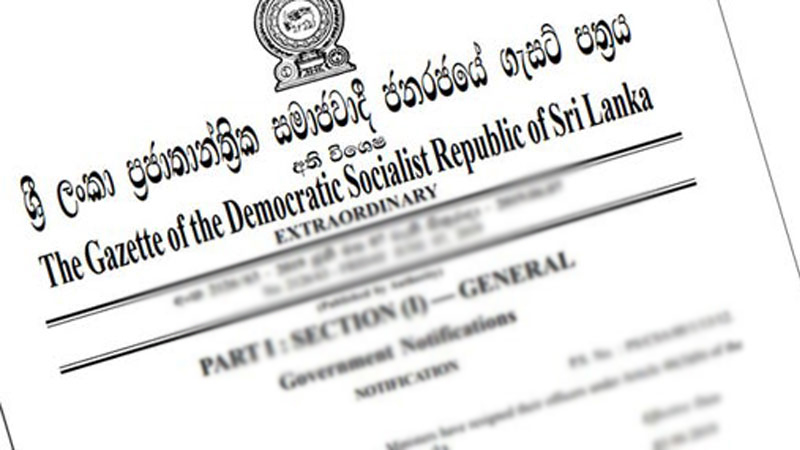 President Gotabaya Rajapaksa has issued the relevant Gazette notification under Section 27 of the Prevention of Terrorism (Temporary Provisions) Act, No 48 of 1979 read with the provisions of the Constitution.

Gazette notification further said that any person who conspires to commit or attempts, abets or engage in any conducts in preparation to commit an offense in contravention of regulations such as obtaining membership, dealing with their members, promoting such organization, providing refuge for members, donating money or materials, or engaging in any transaction which are prohibited, shall be sentenced to a term of imprisonment not exceeding twenty years.

The Extraordinary Gazette Notification states that the movable or immovable property of the members of such organizations could also be confiscated.

On April 7, Attorney General Dappula de Livera had granted permission to ban these 11 Muslim Extremists Organizations upon a request made by the Inspector General of Police (IGP).

In 2019, former President Maithripala Sirisena had proscribed three organizations under the Prevention of Terrorism Act following the Easter Sunday attacks that took place on April 21, 2019.

According to the Gazette Notification specified as the Prevention of Terrorism (Proscription of Extremist Organizations) Regulations No.1 of 2019, National Thowheed Jama’ath (NTJ), Jama’athe Milla’athe Ibrahim (JMI) and Willayath As Seylani have been banned.