Economy critics are glib, but fudge the basics 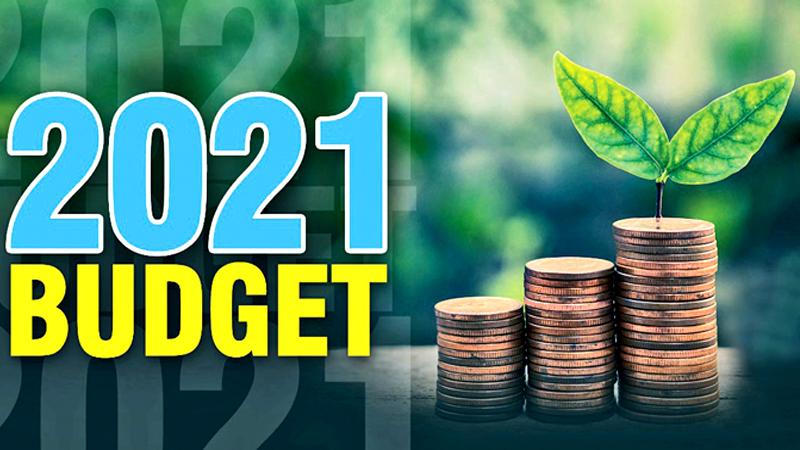 Hardly stopping for breath, she piled on. Here is an excerpt from what she wrote: “In conclusion, this budget is a farce set in an alternate reality. I cannot understand whether those who prepared it and who supported it are entirely devoid of thinking capacity or callously devoid of any regard for our people and our environment. Are they playing ostrich to fool themselves or making the emperor parade in his new clothes to fool himself and others? Either way, during 2021 and beyond, Sri Lanka will remain a country of vast potential and lost opportunities.” End quote.

Now, that’s the mother-lode of verbose excess, but what was she smoking anyway? Playing ostrich to fool themselves? Say what? Is it okay to play ostrich to fool others? Well, if you say so. Making the emperor parade in his new clothes to fool himself and others? See, the hoi polloi need an explanation of the fables when the ex-Assistant Governor of the Central Bank talks down to them. What next? When the emperor’s critic’s domestic staff is spinning yarns?

The lady’s takedown of the Government’s economic policy as reflected in the budget in particular has already been scoffed at by the present Governor of the Central Bank, Prof. W D Lakshman. The Government’s new approach to the economy is not understood by the doomsayers, he has said.

Delve into Anila Bandaranaike’s critique of the budget, to learn about her own stance – which is so ostrich like it’s amazing she has the time to mix her emperor and ostrich metaphors. The bulk of her article is full of run of the mill cavils, such as the alleged lack of budgetary allocation for key areas such as health.

These are issues that every budget since time immemorial has been criticised for, and it’s worth mentioning that those in government know better why defence needs a much larger allocation than health, no matter how dire the consequences with regard to public health imperatives.

Leaving such run of the mill takedowns aside, one searches in vain for the key points in the article that warrants statements such as ‘playing ostrich to fool themselves,’ – whatever that means – and, ‘emperor parading himself in his new clothes to fool himself and others.’

She makes a sweeping statement that, according to her the priorities for the budget would have been to address pandemic-related health and welfare crisis, and a looming economic and debt crisis.

That really won’t need a genius, especially the part about addressing the economic crisis and the pandemic! Shorn of all the frills the main grouse she has about the budget seems to be that public sector expenditure had not been trimmed, and that the budget attempts unrealistic economic strategies proposed for import substitution and export and investment promotion, “That were tried and had failed in the Bandaranaike Government of ’70-77 and the Jayewardene Government of ’77-’90.”

The Governor of the Central Bank last week in his retort to the doomsayers such as Anila Bandaranaike, stated that the Sirimavo Bandaranaike era strategies were seen by the people with extreme disgust. Nobody denies that. Though some foreigners who were out of the country may romanticise the 70s policies, those who knew these strategies as a lived experience would tell us how horrible they were.

This Government is not hell bent on import substitution even though that’s the term the critics would like to use. This Government wants production, self-sufficiency as best obtainable, and export.

The critics, including those such as the one referred to above and other former Central Bank pundits among others are not interested in local production — lest they would have mentioned it. They don’t ever mention it.

Their recipe – though they may deny it now that it’s pointed out – is essentially the neo-liberal formula, which is to impose austerity though they don’t use the word. But they say, raise taxes. The lady referred to above, may not have said it but other Central Bankers who support her said it more than once. They, including the lady, say trim public expenditure.

Then they say import substitution does not work which means they are not interested in production – which in turn means in this time of Covid-19, we don’t really have any means of raising revenue because our usual sources of foreign currency earnings in particular are all almost non-existent at the moment – tourism, worker remittances from abroad, etc.

If you don’t suggest any alternate means of earning revenue, it follows that the only solution you are advocating is to tax the people, cut public expenditure – and drastically impose the neo-liberal austerity recipe.

They talk about attracting investment — as if they are blissfully unaware that nobody is investing these days because the Covid-19 economic downturn hit everybody, and it takes a brave man to bring any investment to any foreign country in this adverse economic climate.

The Government sees an alternative to the drastic austerity recipe and that’s production. To start producing locally cannot be dismissed as trying to “reenact the failure of the Bandaranaike era.”

South Korea whose economy was languishing behind that of the Philippines relied on controlled economic substitution in the 60s, to foster the growth spurt known as the Miracle on the Han River which made the country a rich nation, now classed among the world economic titans.

“With the ascent to power of Park Chung He in 1961, outward- focused industrialisation became the central economic strategy. Import substitution policies were not eliminated. They were modified and augmented with policies to make Korean exports competitive in world markets. President Park and his advisors made the strategic decision that successful economic progress required major industries to become internationally competitive, eventually without Government help. Free enterprise remained the central engine of economic progress, but all economic decision-making had to operate under the umbrella of strong direct or indirect Government influence,” wrote J.W. Wheeler, of the Hudson Institute.

Notice that the above Korea researcher/analyst says that import substitution was not eliminated and was augmented in that country i.e: there was controlled economic substitution, which is what the current Sri Lankan policy is all about. To say that this is a return to failed Bandaranaike policies is farcical because these are not failed policies. If controlled import substitution is a failure, South Korea would have been a failed State and not one of the top tier economies of the world.

She, like the other detractors, essentially has no recipe as can be seen from the preceding references, except to bite the bullet. She says address the investment drain, but that’s easier said than done when the global economy is in a slump due to Covid-19, and investors are scarce.

Rather than bite the bullet, the Government wants to produce and export, so we could grow our way out of the crisis. For one thing, that would obviate the misery of the people if they are left to face neo- liberal austerity policies that the detractors at least by default seem to advocate. For another, a production economy was long overdue if we are to progress as a country – crisis, or no crisis.

Anyone refusing to see the sanguine, practical, and clear-headed nature of the Government’s budget in this regard, is a sand loving, head-burying ostrich on steroids.