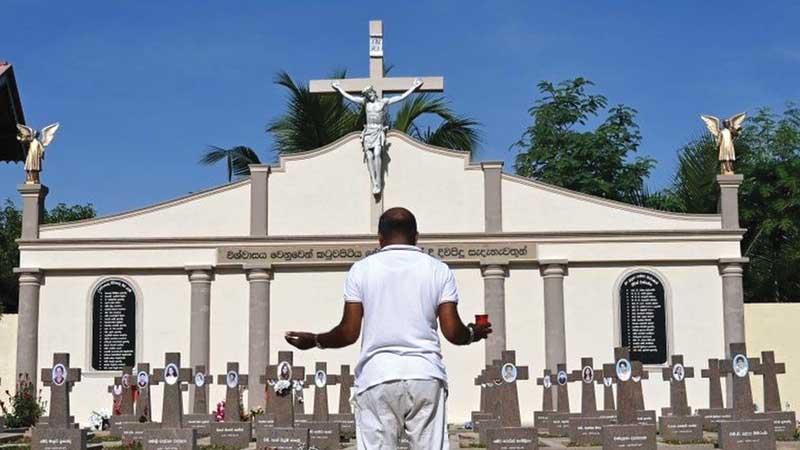 Why is the current frenzy in certain quarters focusing allegedly ‘on the true perpetrators’ of the Easter Sunday attacks, such a disservice to the cause of fighting just the kind of terrorism that took place on the day of the Easter carnage?

It’s because those seeing terrorism as a fruit salad of causative factors do not know the first thing about how so called Islamic fundamentalist terrorism operates. The so-called Islamist radical terrorists are not Wahhabis for instance, despite the common perception.

However, many self-styled experts are convinced they are Wahhabis. They are not. The Saudi Salafi sects for instance have strict edits against terrorism — and often the terrorists who perpetrate acts of carnage are imbibers of alcohol, and other ‘infidels’ who do not fall into the fundamentalist stereotype.

Those who consider these facts must know that honing in on terrorism and apprehending perpetrators is no easy task. Terrorists are not a fruity assortment of different actors. They are fundamentalists so called that have to be tracked, identified and dealt with.

If identifying a terrorist within the spectrum of the separate Islamic sects is so difficult i.e. if the Wahhabi stereotype is nonsense for instance, it can be imagined what outlandish perfidy it is to try to father Islamic radical terrorist acts on all and sundry — including mainstream politicians that are not Islamists?

Yet, this is exactly what we seem to have come to. Just because the Cardinal feels that someone — anyone — should be apprehended for the Easter Sunday attacks, there is now a movement that tries to say that certain actors in the present Government were responsible for the carnage on April 22nd 2019.

All those in the local Catholic Church need to take a step back, stop for breath, and ask themselves whether they want the real terrorists or true potential terrorists to escape scrutiny, just because they feel that somebody must be apprehended — and it doesn’t matter who it is, even if it is some convenient scapegoat from within the ranks of Government?

But the church is feeding into the story that somebody — anybody — should be held to account. With this attitude they are all guilty of taking their eyes off the ball. If the issue is confused so much that ordinary politicians are mistaken for terrorists, it would be all the more difficult for law enforcement to find the folk who are plotting to attack, and who haven’t still given up the cause.

The fact that the so-called masterminds of the Easter attacks have not been found, is being made a convenient take-off point to say that if that’s the case, the attackers may be from the Government. This is of course mostly due to the cynical anti-Government nature of the current opposition that would find just about anything to attack the Government with.

What’s totally intolerable is the fact that out of spite, some elements of the Catholic Church seem to be wittingly or unwittingly feeding into this narrative. The basis of the so called protests in various parts of the world in certain pockets of the Lankan Diaspora was to advance a grand conspiracy theory.

People were seen speaking in hushed tones saying the perpetrators must be caught, and then adding that the fact that they are not being hauled up makes them apprehensive. There is the clincher. Apprehensive about what?

The inference is that they are apprehensive some of those now in Government were in cahoots with the terrorists. This is preposterous. For one thing, dangerous Islamic fundamentalist terrorism is not something that should be the subject of this type of shoot the moon conspiracy narratives. Identifying and arresting terror suspects is extremely serious business, and any attempt to confuse the issue — irrespective of motivations, is dastardly because it does considerable disservice to the cause of catching the culprits.

What’s the genesis of these risible conspiracy theories? Much of it can be traced to the fact that the Cardinal and the Catholic Church are irrationally fixated on “fixing” somebody, anybody, for the Easter Sunday attacks. But catching anyone in a massive dragnet is not a way to avenge a crime.

It’s also not any way to appease the victims, or to console the flock.

The elements of the church that are trying to go down that route should be aware that the near and dear of the victims of the Easter Sunday attacks are not the only aggrieved persons in this country that feel the exact perpetrators of crimes against them have never been caught.

The “exact” perpetrators of Tamil terror attacks have never been caught either. It’s a known fact that the LTTE was responsible for most of these atrocities, but for most of the victims that knowledge alone is not enough. They want to know the identities of the exact perpetrators and about who betrayed the victims, who gave the information and so on.

But leave alone having any of these details they have a spectacle of perpetrators being set free in the name of reconciliation and so on.

Most of society does not have a quarrel with that, as it’s the nature of the aftermath of long-running hostilities. There can be no scrupulous settling of scores. Not everyone is apprehended leave alone punished, and that’s in the nature of what happens when the dust settles on a long-winded conflict.

The point is that there were hundreds and thousands of such victims. None of them had a vampire lust to avenge the last drop of blood with regard to the crimes they fell victim to. If that’s the case, what’s the moral justification in elements of the Catholic Church seeking exceptionalism with regard to the Easter Sunday attacks?

Are the Catholic victims of the April 2019 carnage a special class of victims? Nobody disparages or trivialises their loss. But they are not entitled to distort, to throw an outsize tantrum — because they feel that someone, anyone must be put behind bars.

By this conduct they have given way to the utterly ridiculous spectacle of politically motivated opposition and fringe Diaspora types trying to father these attacks on the current regime or specific actors within it. They are now peddling the theory that certain higher ups in the current regime did it because the attacks gave them a reason to play the ‘security’ card to come to power.

Those who are in the blame game in the sections of the Catholic Church that are irrationally strident, should understand that the suicidal nature of Islamic radicalism of the nature of the Easter Sunday attacks could mean there are no other perpetrators than the fanatics who died that day. If there are no other perpetrators that dispassionate and apolitical professional detectives and law enforcement can point to, then the abundance of evidence points more in the direction that the perpetrators may have been acting alone.

This in itself is a significant aspect in narrowing down the suspects in any planned future attacks and so on, if any, and obfuscating the issue with other narratives is a crime in this context. The elements of the church that are going berserk trying to pin the attacks on somebody and anybody are doing only one thing — they are giving ammunition to a bunch of political clowns and their Diaspora helpmates to build on the ludicrous narrative that those within the current regime did it to win elections.

That’s a circus, not a serious way of ensuring accountability for a crime. The Cardinal should be the first responsible person to come out and speak against such an abomination if he has the slightest intention of curbing future attacks by Islamist radicals against the Catholic Church.