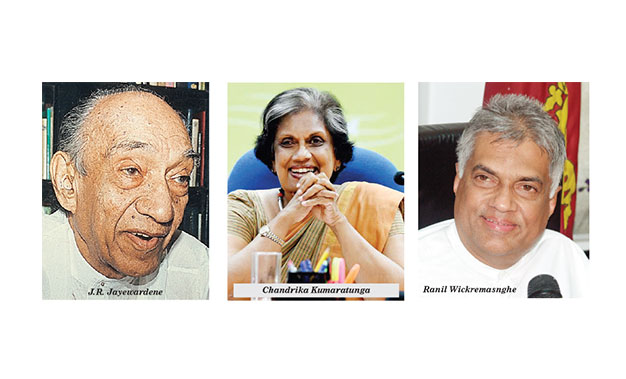 The drafting of the new constitution to replace the 1978 constitution has begun even before the 20th Amendment has been through the committee stage in Parliament. The Special Experts Committee to Draft a New Constitution headed by President’s Counsel Romesh de Silva has been allocated offices in the BMICH, and three senior officers of the Ministry of Justice have been appointed to the Secretariat of the Committee. Sittings of the committee have already commenced with meetings being held every Friday. Two formal weekly meetings have already been held.

For that matter, Covid-19 has drowned out the noise generated over the 20th Amendment as well. The government can be seen to be taking a very cautious approach to this Covid-19 cluster with whole villages and individual establishments being shut down at the slightest suspicion that an infected person may have visited the place concerned. Quite a number of false alarms have been reported but the government is proceeding on the basis that it’s better to be safe than sorry. There seems to be little doubt that the government agencies concerned will be able to get over this latest Covid crisis as well.

Even though yahapalana theorists have raised a mighty caterwaul of protest claiming that the 20th Amendment will give rise to authoritarian rule, the 20A only restores the constitutional provisions that existed before the 19th Amendment, which essentially means that after the 20th Amendment, the President will have the approximately the same power that past Presidents J.R.Jayewardene, R.Premadasa, D.B.Wijetunga, Chandrika Kumaratunga, Mahinda Rajapaksa and even Maithripala Sirisena had. Even though the 19th Amendment removed some of the powers of the President, the yahapalana President Sirisena continued to enjoy those powers through other means and it’s only the incumbent President Gotabhaya Rajapaksa who has had to bear the full brunt of the 19th Amendment.

Even though these provisions in the 19th Amendment were supposed to limit the powers of the President, they did not limit President Sirisena’s or the yahapalana government’s powers because the yahapalana political parties working in concert divided up the parliamentary government and the parliamentary opposition among themselves and established a complete hegemony over the Constitutional Council. It goes without saying that if the political backers and promoters of the President have complete and total control over the Constitutional Council, it’s the same as the President exercising those powers and that was the situation during the Sirisena Presidency. President Sirisena’s political setup enjoyed the same powers over high appointments that the political setups of his predecessors did.

Making the President subject to fundamental rights litigation basically makes it possible to challenge any action that the President takes. In fact the 19th Amendment specifically stated that the Supreme Court shall have no jurisdiction to pronounce upon the exercise of the powers of the President only when it comes to declaring war and peace – which establishes that the Supreme Court can pronounce judgments on virtually everything else other than that one exception. President Sirisena was subject to this provision during his tenure and this was a genuine change made by the 19th Amendment. But it’s an unusual, and arguably counter-productive change. Even under the 1972 Constitution, the ceremonial President was designated the head of the Executive who was required to act on the advice of the Prime Minister. Article 23 of the 1972 Constitution stated that while any person holds office as president, no civil or criminal proceedings shall be instituted or continued against him in respect of anything done or omitted to be done by him in his official or private capacity.

If one takes the Ceylon Constitution Order in Council of 1946, the Executive power was exercised on behalf of the British crown by the Governor-General who was required by convention as mentioned in Article 4(2) of that Constitution to act on the advice of the Prime Minister and Cabinet. Even though the Governor General was the representative of a titular head of state, even he was protected from litigation with the proviso that no act or omission on the part of the Governor-General shall be called in question in any court of law. We see the same protection accorded to the President of India. Article

53(1) of the Indian constitution says that the  executive  power  of  the  Indian Union  shall  be vested  in  the  President. Article 77(1) states that  all  executive  action  of  the  Government  of India  shall  be  expressed  to  be  taken  in  the  name  of  the President. Article 74(1)  requires the Indian President to act on the advice of the Prime  Minister and the  Council  of  Ministers  and the question whether any, and if so what, advice was  tendered  by  Ministers  to  the  President  cannot  be inquired  into  in  any  court. Under Article 77(2) of the Indian constitution, orders and other instruments made and executed in the name of the President shall not be called in question on the ground that it is not an order or instrument made or executed by the President.

“The President exercises the executive power of the People and is empowered to act for the Republic under Customary International Law and enter into treaties and accede to international covenants However,… such acts cannot be inconsistent with the provisions of the Constitution or written law. This limitation is imposed since the President is not the repository of the legislative power of the People…. such a treaty or a covenant has to be implemented by the exercise of legislative power by Parliament and where found to be necessary by the People at a Referendum to have internal effect…where the President enters into a treaty or accedes to a Covenant which is “inconsistent with the provisions of the Constitution or written law”… such act of the President would not bind the Republic qua state….”

Then there was the famous Waters Edge judgment of 2008 (Sugathapala Mendis and Another vs Chandrika Kumaratunga and Others) where it was stated as follows:

“The principle that those charged with upholding the Constitution – be it a police officer of the lowest rank or the President – are to do so in a way that does not “violate the Doctrine of Public Trust” by state action/inaction is a basic tenet of the Constitution which upholds the legitimacy of Government and the Sovereignty of the People. The “Public Trust Doctrine” is based on the concept that the powers held by organs of government are, in fact, powers that originate with the People, and are entrusted to the Legislature, the Executive and the Judiciary only as a means of exercising governance and with the sole objective that such powers will be exercised in good faith for the benefit of the People of Sri Lanka. Public power is not for personal gain or favour, but always to be used to optimize the benefit of the People. To do otherwise would be to betray the trust reposed by the People within whom, in terms of the Constitution, the Sovereignty reposes. Power exercised contrary to the Public Trust Doctrine would be an abuse of such power and in contravention of the Rule of Law.”

The Water’s Edge judgment also quoted a previous 1998 judgment by Justice Mark Fernando, Karunathilaka v Dissanayake which stated as follows: “The immunity conferred by Article 35 is neither absolute not perpetual….Article 35 only prohibits the institution (or continuation) of legal proceedings against the President while in office; it imposes no bar whatsoever on proceedings against him when he is no longer in office…To hold otherwise would suggest that the President is, in essence, above the law and beyond the reach of its restrictions. Such a monarchical/dictatorial position is at variance with (1) the Democratic Socialist Republic that the preamble of the Constitution defines Sri Lanka to be, and (ii) the spirit implicit in the Constitution that sovereignty reposes in the People and not in any single person.”

All these cases were heard long before the 19th Amendment. Thus the proviso to article 35(1) introduced by the 19th amendment enabling fundamental rights cases to be filed against the AG over actions taken by the President was clearly a case of yahapalana overkill. The removal of this proviso and the restoration of the pre-19th Amendment Article 35 does not turn the President into an autocrat. It just provides the executive branch of the government the leeway to exercise the powers vested in the executive. While it’s true that former presidents in Sri Lanka have been accused of being authoritarian, the same accusation has been levelled at former Prime Ministers like Mrs. Sirima Bandaranaike. Much the same thing was said about Mrs. Indira Gandhi as well.

It’s interesting to speculate on why this is so. Is it because the President sits and does his work in grand isolation whereas the Prime Minister sits in Parliament with everyone else and is available to be heckled and booed at? Is it because the President once elected, is very difficult to remove whereas the Prime Minister (at least theoretically) can be thrown out at any moment through a Parliamentary revolt? It has to be noted that under the presidential system introduced by the 1978 Constitution, the President cannot rule without the support of Parliament. In 2001, at a time when President Chandrika Kumaratunga possessed all the powers of J.R. Jayewardene’s presidency, her party lost a parliamentary election and lost her majority in Parliament. She gave all powers to the newly elected Prime Minister Ranil Wickremasnghe and took a back seat for a while. Despite all the hype about authoritarian Presidents, the fact is that both Presidential heads of government and Prime Ministerial heads of government that this country has had in the past, have been completely dependent on Parliamentary majorities to govern. No President can override Parliament even under the pre-19th Amendment 1978 Constitution.