Do those who ‘pray for India’, pray for our forces? 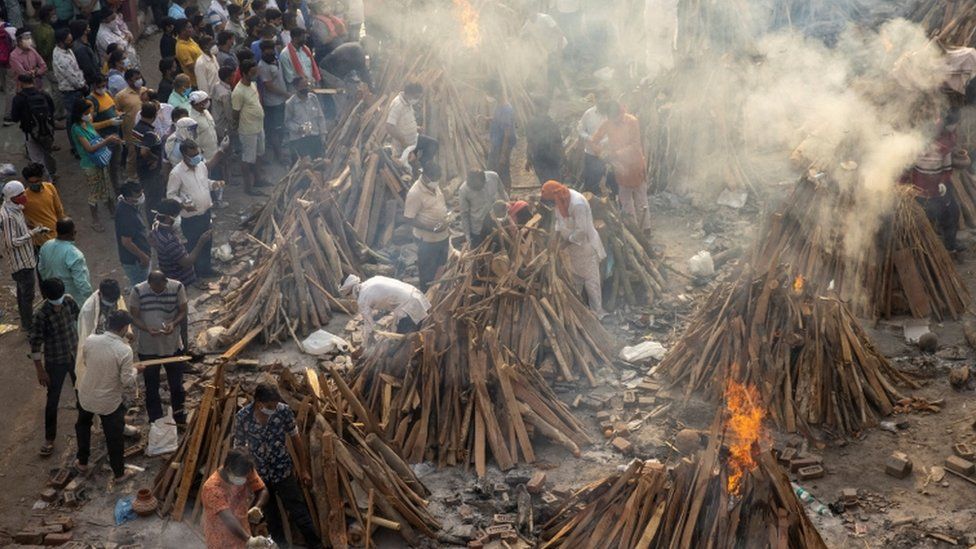 It has become the fashion among NGOs and the English speaking elite in particular to gnash their teeth these days and complain about the ‘militarisation’ or the Myanmarisation of the country.

It’s the mantra by which they define and then vilify the government.

Such folk must be now familiar with the photographs and TV footage of the Covid-19 havoc in India these days. “Pray for India,” they say. Bodies are lined up in makeshift stretchers, to be immolated in open fires under Hindu tradition.

The Colombo elite who watch on their giant TVs, shake their heads and say “pray for these poor souls, pray for India”.

One look at those numbers would tell anyone with an ounce of intelligence that the Sri Lankan military plays an outstanding role in keeping Covid-19 numbers down to a manageable level in this country.

India cannot have greater military numbers per capita; with a population of 1.3 billion, our neighbouring giant has the fourth largest military in the world already.

The country cannot have the per capita active military personnel numbers that we have as that would be unsustainable. However, at a time such as this, the Indians cannot rely on the military in the same way that we do due to this relative dearth of personnel.

Sri Lankan Covid-19 control is in large part due to the military effort. As Army Commander Shavendra Silva said recently, the most disciplined workforce in the country are his men in uniform. They are able to put up makeshift hospital units at warp speed on command, he said. They have been trained for that and they possess the skill set.

They do the hard work of quarantine enforcement and contact tracing. Isolation in local lockdowns would not have been possible without the input of the armed forces. But yet for the Colombo NGO expert opining on anything and everything, having a military that does the job and then fades into the background is making for rampant Myanmarisation.

Your average NGO hack would also say that there are countries such as New Zealand that controlled Covid-19 without militarising. They may say that India’s unwieldy Covid-19 numbers are due to the massive population of hundreds of millions, and not due to any lack of input from the military.

They can disabuse themselves of such notions by referencing this news item that came on Reuters last year:

“New Zealand on Wednesday said the defence force will now oversee the country’s quarantine facilities and strengthen border requirements, after a slip up allowed two people with coronavirus to move around the country”.

So Jacinda Arden is a Hitler by our NGO definition, eh? It’s safe to say that almost all countries that successfully combatted Covid-19 deployed the military in a significant way to rid their countries of Covid-19 — or at least to keep the contagion under reasonable control.

China doesn’t have a per capita military presence that compares with Sri Lanka and that is to be expected for the simple reason that China has a massive population of 1.3 billion.

China has a 1.5 per 1000 capita active military presence, but its military deployment against Covid-19 became legendary, especially as the country does have any cultural hangovers against comprehensive military deployment for civilian oriented tasks. But these per capita numbers for Chinese military presence can be misleading anyway. China has the massive People’s Armed Police Force which is a Chinese paramilitary organisation.

The PAP is primarily responsible for internal security, riot control, counter-terrorism, disaster response, law enforcement and maritime rights protection, as well as providing support to the PLA (People’s Liberation Army) Ground Force during wartime. The PAP is an army in itself so China’s per capita or per thousand capita military numbers are much better than the numbers cited above indicate. India doesn’t have anything comparable, which is why the Colombo NGO elite who weep and beast their breasts over the footage of Covid-19 mayhem in India, should thank their stars that the military presence in Sri Lanka — as in China — is keeping our Covid-19 numbers in check.

We have this type of Army that always rises to the occasion, but the ingrates in Colombo do not pass up a single opportunity to denigrate them and call them Myanmar type closet-despots. These ingrates quite literally owe their lives to the army, first because the army ended the war, and now this.

By contrast see what they did in the West. Here is another Agency report: “In France, Italy and Spain, among the nations hardest hit by the outbreak, military operations have been curtailed or in some cases suspended. Germany has changed rules, with no roll-calls or mustering of troops and the quarantining of some staff, while Turkish armed forces have imposed social distancing in mess rooms and dormitories, among other measures.”

While countries such as Sri Lanka and China deployed the military, in the West, the militaries were effectively demobilised. That would give enough context on the level of sacrifice our boys and girls in the armed forces made — and why they should be revered instead of vilified.

Now they are slated for the vaccine, but at the beginning they were susceptible to Covid-19, but did the brunt of Covid-19 prevention anyway.

There may be those in this ungrateful society that have forgotten that there were times in the early stages when soldiers were testing positive, and military camps were isolated. But that didn’t lead to the military being effectively ‘demobilised”.

Even with the risk to their own lives, these frontlines brave hearts were mobilised to optimum effect and all that the glib ingrates such as Paikiasothy Saravannamuttu the Godfather of the infamous NGO mafia could say is “oh but we are being militarised, we are being Myanmarised”.

Of course the Paki types were never worried about saving lives. Not during the war, not now during the pandemic. It’s all about their narrow agendas and how much money they could milk from the donors.

The people on the other hand know who the frontline heroes are, and whether they should be feted or denigrated for allegedly “militarising” the country.

The NGO brigade may take up the position that it’s the President an ex-military man who is militarising the country — and that the military is just caught up in the whole project. But nobody can ‘militarise’ without involving the military.

Any aspersions on the leadership that it’s militarising the country is also an aspersion on the forces themselves. Any person who denigrates the military and makes baseless accusations therefore remains an ingrate — a misinformed ignoramus at best.

If the military is militarising the way it is supposed to be doing it, it doesn’t have to do it like this. The top brass can do a Myanmar and be done with it ie: take over the governing apparatus frontally as they have done in Myanmar, and make no mistake about their intent. Of course the remotest comparison with Myanmar is complete poppycock, and the people who promote the Myanmar theory know it only too well.

But that doesn’t stop them from making wild accusations about a gradual “military takeover”. What’s galling is that they are saying this while the military is literally saving lives here, and are frontline heroes. Even in Boris Johnson’s Conservative England, they show appreciation to the frontline personnel in the Covid-19 fight.

The military does not have much of an involvement there, but the British citizens show their appreciation in various ways to frontline workers.

They stand on the streets and clap in organised campaigns to show appreciation and the government has played a part. In Sri Lanka it’s the military that has borne the brunt of the Covid-19 fight. If not for the gallant men and women of the Scurity Forces, we would have been another India. But what have they got for it in return? A whole lot of abuse by the so called liberal elite — not the ordinary people — saying the country is being Myanmarised. Talk about biting the hand that feeds.