‘Diplomatic’ forays into the North and East 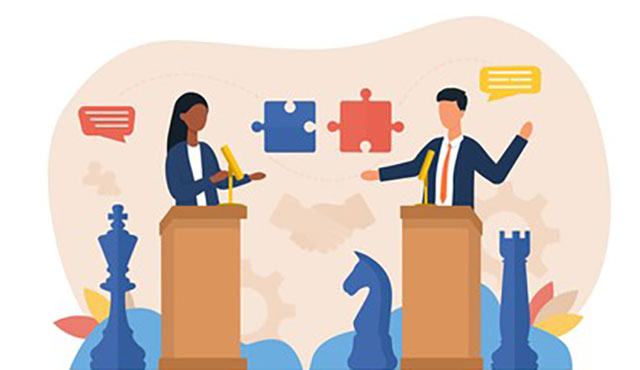 This is also true of Europe. The 2021 Europol Report on Terrorism in the USA reveals that of the 57 terrorist attempts in the EU, only 10 were jihadist attacks.

Obviously, it’s not all covert intelligence. They all do that. Yes, the Indians and Chinese too. It’s good to know terrain, strategic and otherwise, for military as well as economic purposes. Then there are the official channels. The surface, if you will.

If you browsed the internet using the search words ‘terrorism + USA’ you will find lots of information including lists of ‘foreign terrorist organizations,’ terrorist attacks in the USA and US travel advisories, among lots of other things. Dig further and you will find that there are domestic terrorist organizations as well, where ‘domestic terrorism’ is defined as acts of terrorism carried out within the USA by US citizens or permanent residents.

Interestingly, as far as Washington DC is concerned, those acts carried out by the Feds and various police departments or by police officers with or without sanction from commanding officers are not considered ‘acts of terror’ even though in method and outcome they are no different from those perpetrated by ‘terrorists.’ Interestingly, also, there is a knee-jerk readiness to use the T-word if the perpetrator happened to be a Muslim, whereas the preferred term is ‘extremism’ if it was, say, a white person belonging to one of the many Christian denominations.

This is also true of Europe. The 2021 Europol Report on Terrorism in the USA reveals that of the 57 terrorist attempts in the EU, only 10 were jihadist attacks. In other words, ethno-nationalist, separatist, left-wing and anarchist organizations or individuals in Austria, France, Italy and Germany out-gunned, so to speak, the ‘Jihadists.’

There’s ample literature that show the naked racism and even religious fundamentalism in the way terrorism is written and read in these countries. It is a slanted story or rather what we get are stories skewed courtesy political and ideological bias. And, get this, it is a part story. A small-part story, in fact, whose size is determined by definitional exclusion. Factor in US barbarity across the globe not just in terms of wars orchestrated, fought, funded, armed etc., but the scandalous extraction of value through these as well as ‘above the board’ operations through proxies and multilateral instruments and we get Terrorism Plus+.

Ah! Europe. Canada. Australia (of late). And of course, India (again of late). Well, pawns. Adjuncts. Bid-doers of Washington, essentially. Uncle Sam says and these client states genuflect, mutter ‘Ah! Yes’ or ‘Ah! So!’ And so it is. Indeed, as all good ‘friends’ they provide eyes and ears for the Master. Tongue too, if and when necessary.

Obviously, it’s not all covert intelligence. They all do that. Yes, the Indians and Chinese too. It’s good to know terrain, strategic and otherwise, for military as well as economic purposes. Then there are the official channels. The surface, if you will. Obviously, those countries that have resources and expendable income are better equipped and positioned to do both. The USA and her minion-nations, specifically.

This is why it is important to keep track of what the officials do and speak. They need to know and we need to know, simply put. Anyway, over the past week or so, diplo-mats (that’s deliberate, by the way and you can take ‘mat’ as metaphor and interpret as you will) in Colombo have been busy. Busy OUT of Colombo, that is.

On October 12, 2021, the ambassadors of the Netherlands (Tanja Gonggrijp) and Norway (Trine Jøranli Eskedal) visited Batticaloa and had discussions with the Mayor, Thiagarajah Saravanabhavan (TNA) and Member of Parliament Rasamanikkam Sanakiyan (TNA). They also visited the Sarvodaya Centre in Urani to meet with some NGO operatives and had discussions with representatives of Muslim institutions including the Federation of Katttankudy Mosques. A visit to State Minister Sathasivam Viyalanderan (SLPP), in this context seems a courtesy call if one were generous, but probably a token tossed to make it seem like they were checking narratives across the political spectrum.

In the meantime, on the same day that is, the High Commissioner of Canada, David McKinnon, visited Jaffna and had discussions with Mayor Vishvalingam Manivannan about construction and rehabilitation. He also met SLFP MP Angajan Ramanathan and talked ‘development.’ On the following day, McKinnon went to Kilinochchi where he met TNA MP S Sritharan to talk about celebrating LTTE heroes (yes, terrorists), alleged curtailing of provincial council powers (one wonders if they talked about no one caring about PC elections being indefinitely postponed!), Tamil young leaving the country ‘because of the actions of security forces’ (there are young people off communities leaving Sri Lanka; maybe McKinnon is into migration studies and if so a chapter on global political economy bearing on push and pull factors might be pertinent) and Canada’s stance on Sri Lanka at the UNHRC.

While McKinnon was making merry in the Northern Province, Gonggrijp and Eskedal were partying in Trincomalee. They met the Eastern Province Governor Anuradha Yahampath and the Naval Commander of the Eastern Province, Rear Admiral Sanjeewa Dias. Maybe they discussed the weather. They also met Rev. Fr. Basil Dunston and some others of the Eastern Human Economic Development Centre. To discuss matters ecclesiastical, perhaps.

But who are we kidding, ladies and gentlemen? These diplomats were essentially abusing diplomatic privileges to violate travel restrictions imposed as part of battling Covid-19. That’s setting some examples, eh? What is the hurry? Why this, why these people, why now? Were they in some kind of tourist avatar, enjoying what their compatriots cannot courtesy travel advisories and such?

Well, it’s pretty obvious, isn’t it? The USA and her clients (in the form of US diplomats and their diplo-minions) are essentially busybodies pushing political, economic and strategic agendas. They don’t give two hoots about people in the countries they operate in. Such people, as there are, are essentially usable pawns with use-by dates. The truth of the bleeding-heart humanism they spout can easily be assessed by how easily hearts turn to stone when their governments either bomb or facilitate the bombing of other countries (non-white, exclusively).

They’ve got problems at home, clearly. Roosters coming to roost, did someone say? Their respective governments aren’t exactly calling terrorists ‘freedom fighters’ are they? They aren’t really worried about the near and dear of the domestic terrorists, are they? They are employing a ‘by any means necessary’ strategy, aren’t they? Just imagine if they had to deal with a situation magnified a thousand times or more to mimic what Sri Lanka faced and for as long (almost 30 years). It’s easy to bomb other countries. It is easy to shed tears for terrorists in other countries if that’s what doctrines of preferred political outcomes demand. Not easy when someone’s turning familiar landscapes into rubble and reducing loved ones to numbers without names attached to them.

We hope Europe and North America (and India, Australia and Japan) won’t have to live through what we had to live through. We hope the diplomats mentioned above had a nice time in Jaffna, Kilinochchi, Batticaloa and Trincomalee. We are pretty confident that they got some nice soundbites to be quoted (out of context). We know that molehills can and will be turned into mountains.

Just know, people, that we know. Just know that even as this is annoying, it is also funny. We laughed in the face of terrorism. Machinations we have known. Humor and spirit, we shall always have. Three hearty cheers, therefore for dip-lunacy. Cheers to the diplomats. May you live long and prosper. May karma slip (yep, that’s maithri for you — no, not THAT Matithri).