Democracy in the Land of the Free – Part 2 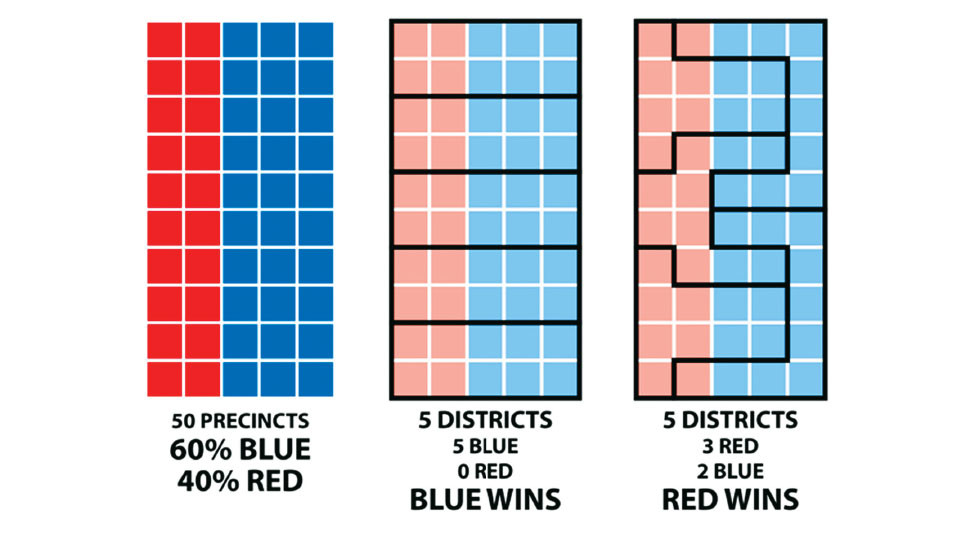 Part 1 – Democracy in the Land of the Free

According to Gallup, 61 percent of Americans favor the Electoral College’s abolition. It is unlikely that it will be abolished because Republicans strongly support the status quo.

Note that four out of ten Republicans believe that Trump won the election. Republicans’ sweeping claims about voter fraud are specifically targeted at delegitimizing Black voters and cancelling their votes. They have focused their baseless claims of voting fraud on majority-Black cities such as Detroit, Philadelphia and Milwaukee, where support from Black voters helped Biden convincingly win the presidency.

A big problem with US democracy is the Republican Party. At one point in the presidential ‘debate’, Trump taunted Biden with the snark, “You were in power for eight years. Why didn’t you do something then?” Biden mumbled that whatever Obama tried to do was blocked by a Republican Congress. When Biden is back in the White House, he is likely to have similar difficulties getting any legislation through a, narrowly, Republican senate.

The Senate majority leader, Mitch McConnell, has already promised to block Biden appointees he does not like. The former national security adviser Susan Rice is tipped to be named Secretary of State.

Not if Mitch can help it. The voting rights activist Stacey Abrams will be blocked from taking a cabinet position. McConnell promised to veto the Green New Deal and Medicare for All. “If I’m still the majority leader of the Senate,” he said, “think of me as the ‘Grim Reaper’. None of that stuff is going to pass – none of it.”

When Republicans faced a sweeping Democratic landslide in the 2008 election, their response was not to work with Obama and congressional Democrats, but to implement a strategy they crafted on the night of the inauguration, January 20, 2009, before Obama had been in office for a day: oppose everything he wants, block whatever you can, delegitimize what you can’t, demonize the president and use every tactic, from the debt ceiling to the filibuster, to destroy any policies that might be favored by the country and result in a positive response for Obama and his legislators.

Jonathan V Last wrote in the New Republic: “A political party that includes a significant bloc of voters so deeply estranged from reality cannot be anything other than a source of mischief—and worse.” Last claims that  Republican politics are devoted not to policies and ideologies, but to grievances and combativeness.

By rights, the GOP should have been dead and buried long ago. Were it not for the Electoral College, Democrats would have occupied the White House for the past 20 years. In 2013, the Republican Party, then chaired by Reince Priebus, issued what was widely called an “autopsy” report on itself.

Republican senator Lindsey Graham stated: “The demographics race we’re losing badly. We’re not generating enough angry white guys to stay in business for the long term.” For years the Republican Party has been in terminal decline but like a malignant zombie the undead monster continues to stifle the polity. The Republican Party is a minority party, or what political scientists call a ‘counter-majoritarian’ party.

Also, in the New Republic, Matt ford wrote: “But the Republican Party is now going beyond the scope of soothing the president’s psychic wounds and toward seeking mass disenfranchisement on a scale unseen in American elections since the end of Jim Crow. Those who supported this effort or merely stood by while it happened should never be forgiven for their role in it. Of them, Lindsey Graham is uniquely beyond absolution.”

Ron Brownstein writes in The Atlantic: “Republicans believe they have a better chance of maintaining power by suppressing the diverse new generations entering the electorate than by courting them.” Democrats “more thoroughly represent the nation’s accelerating diversity”. According to Jay Rosen in the New York Review of Books, the Republican Party has to rely on fictions: “The beliefs and priorities that hold it together are opposed by most Americans, who on a deeper level do not want to be what the GOP increasingly stands for.”

The Republican Project is to manufacture durable white majorities through the purging of voter rolls and the adoption of strict voter ID laws, restriction of immigration and deportation of immigrants who would probably have voted Democrat.

Voter fraud is very rare in the US but Republicans have made a big issue of it in order to make it more difficult for Democratically-inclined voters to cast a ballot. In the 2016 election there were four documented cases of voter impersonation; a 2017 academic study put the upper limit for incidents of double voting in the election of 2012 at 0.02 per cent. A 2014 Government Accountability Office (GAO) study found that strict photo ID laws could reduce voter turnout by 2-3 percentage points.

In Atlanta, the number of polling stations has been cut by almost ten per cent even as the voter rolls have grown by almost two million. The cuts to voter access and the growth in voter population have mostly taken place in the same areas, disproportionately affecting the black, brown, young and poor. The metro Atlanta area, for example, has almost half of the state’s active voters but just over a third of the polling places.

Elbridge Gerry was the fifth vice president of the USA and died in 1814. Gerrymandering is a practice intended to establish an unfair political advantage for a particular party or group by manipulating district boundaries. The original gerrymander was a strange shape that wound around Boston and was portrayed by cartoonists as a salamander.

As race is one of the most accurate predictors of voting habits, when gerrymandering takes place the constituencies are carved up with the express intention of putting as many black voters in one district as possible and leaving them thinly dispersed elsewhere.

David Daley argues in Ratf**ked: The True Story Behind the Secret Plan to Steal America’s Democracy, that, at a low point in their political fortunes, the Republicans discovered redmap, the Redistricting Majority Project. redmap was funded by a group called the Republican State Leadership Committee, which included large corporate donors such as Philip Morris and the Koch brothers. The aim of the project was to seize control of vulnerable statehouses in purple states in the 2010 elections and use the redistricting process to the advantage of the Republican Party.

REDMAP targeted state legislative races for the express purpose of controlling redistricting, REDMAP funded negative ads in lower-profile state legislative races. They peddled quite appalling lies to get their candidates elected. This helped to give Republicans control of 10 of the 15 states that would be redrawing their districts in 2010.

They then used software like Maptitude to devise districts favorable to the Republican party. Democratic voters were clustered into a handful of districts and boundaries of the rest were redrawn to ensure Republican majorities.

A 2018 report by the Citizens Research Council of Michigan found that “Michigan’s maps are beyond the threshold for what is considered gerrymandering.” Ari Berman wrote for the Washington Post on similar trends in Wisconsin and Pennsylvania. One district in Pennsylvania was nicknamed “Donald Duck Kicking Goofy”. It spanned five counties and 26 municipalities, and at one of its narrowest points ran through the parking lot of a seafood restaurant in the town of King of Prussia.

The system, which is supposed to be about checks and balances, grants an unrepresentative Senate the ability to install justices to lifelong posts. Biden can expect the Supreme Court to limit any ambitious plans he has. There is also an army of right-wing judges at appeals courts and district courts around the country, packed in due to Senate majority leader Mitch McConnell’s success at blocking President Obama from filling seats. Those judges will oppose Biden in areas from environmental protection to human rights and voting rights, while protecting corporations and the gun lobby.