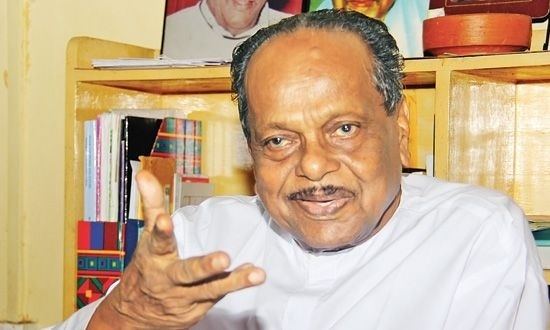 Issuing a statement, the veteran Tamil politician said the Tamil Media should stop the practice of conveying decisions taken by a few as unanimous decisions, leaving some concerned parties out.

“It pains me a lot, when I think that the leaders of Political Parties who make such decisions do not realise, as to how much trouble and risk the people have to face.

It is foolish to request foreign countries to pressurize the Sri Lankan Government.

Such moves will anger local radical politicians and the majority community also. Not only that, such moves will seriously affect the good relationship prevailing between two countries,” the statement said. “Sri Lank is a sovereign state.

No country will dare to interfere above a certain level and the other countries too will have their limitations. Being well aware of the situation, no one should try to fool the people. Every party concerned had made it very clear that “Federalism” will never be accepted as a solution for our problem.

Knowing this well, the leaders should stop cheating the people that they will find Federalism as a solution.

At the Presidential Election campaign, Ranil Wickramasinghe offered “Federalism” as a solution to our problem witch the TNA opposed,” Anandasangari said.

“Mahinda Rajapaksa campaigned for a Unitary Government. Still for all 49% of the Sinhala People voted for a Federal Solution. It is a big joke to see the TNA demanding the Federal Solution having opposed it at the Presidential Election of 2005.

The TNA has no right at all to talk about it. I am greatly surprise to see some political parties forming alliance with the TNA, to contest Elections. The TULF had been agitating for an Indian Model as a solution to the ethnic problem. I do not think that India will go above this limit as a solution,” the statement said.

“A lot of Sinhalese and Political Leaders supported this proposal. The best idea today is to negotiate with the Sri Lankan Government for an Indian Model as a solution. With the support of 22 members of Parliament and with the full backing of the LTTE the TNA could not do anything for our people. From 2015 to 2020 they were holding high positions in the Government of good Governance but they did not come forward to solve any problem of the Tamil People. This is the biggest joke for the year,” the TULF said.