Cuba – Survivor of THE blockade 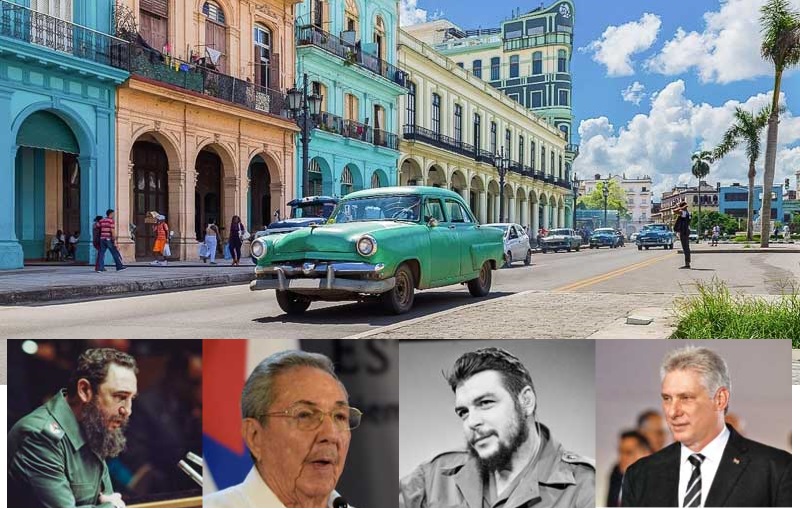 When Raul Castro decided to retire, both as leader of Cuba and head of the Communist Party last April, it was the end of a politically adventurous era for a country most American leaders loved to hate.

In the late 1950s, it was Raul and his more famous older brother, Fidel Castro, who led an insurgency that toppled the American-backed dictatorship of Fulgencio Batista.

Fidel was described as one of the last of the world’s die-hard socialists – and a steadfast Communist for-all-seasons. But neither the collapse of the Soviet Union in 1991 nor the triumph of capitalism over socialism in the post-Cold War era, deterred Castro from abandoning his political and socialist ideals.

In the 1960s, the US Central Intelligence Agency (CIA) pulled out virtually everything in its “bag of dirty tricks” to oust or assassinate Castro – and even made an attempt to surreptitiously introduce a chemical powder into his shoes so that his trademark beard would fall off making him “a laughing stock of the Communist world.”

But the redoubtable Castro, along with his sanctions-hit country, survived them all – including a campaign of character assassination and a rigid US embargo which has all but crippled the economy.

Back in 1975, a US Senate Select Committee headed by Senator Frank Church substantiated at least eight attempts by the CIA – along with a US mafia crime syndicate – to assassinate Castro during 1960–65.

According to the Prensa Latina news agency, Castro’s first speech to the UN General Assembly in September 1960 lasted almost five hours and was among the longest, and one of the toughest against the philosophy of war.

But the all-time record is held by Krishna Menon of India, whose marathon speech, back in January 1957, lasted about eight hours, with the transcript running into about 160 pages.

Meanwhile, when the UN imposed a five-minute limit on speeches, with a flashing light as a warning, specifically during Special Sessions of the General Assembly, Castro was cheered when he pulled out his handkerchief, covered the flashing light before him, and continued with his speech uninterrupted – amid laughter.

When the UN celebrated its 50th anniversary in 1995, virtually every single head of state visiting New York for the General Assembly sessions decided to stay behind to participate in celebrations later that week.

But the outspoken Malaysian Prime Minister Mahathir Mohamad, who was known to relentlessly accuse the big powers of manipulating the Organization to their advantage, decided to skip the high-level event where world leaders were allocated five minutes to speak about the political virtues and the inglorious successes of the UN – even as the world body was mired in failures in three military hotspots at that time: Bosnia, Somalia and Rwanda.

Still, some of the most dramatic moments in the General Assembly came when the politically-charismatic Ernesto Che Guevara, once second-in-command to Fidel Castro, was at the United Nations to address the annual sessions back in 1964, when the UN headquarters came under attack – literally.

The speech by the Argentine-born Marxist revolutionary was momentarily drowned by the sound of an explosion. The anti-Castro forces in the United States, backed by the CIA, had mounted an insidious campaign to stop Che Guevara from speaking.

A 3.5-inch bazooka was fired at the 39-storeyed Secretariat building by the East River while a vociferous CIA-inspired anti-Castro, anti-Che Guevara demonstration was taking place outside the UN building on New York’s First Avenue and 42nd Street.

But the rocket launcher – which was apparently not as sophisticated as today’s shoulder-fired missiles – missed its target, rattled windows, and fell into the river about 200 yards from the UN building.

One newspaper report described it as “one of the wildest episodes since the United Nations moved into its East River headquarters in 1952.”

As longtime UN staffers would recall, the failed 1964 bombing of the UN building took place when Che Guevara launched a blistering attack on US foreign policy and denounced a proposed de-nuclearization pact for the Western hemisphere.

It was one of the first known politically motivated terrorist attacks on the United Nations. The hidden hand was missing, but the fingerprints were visible.

After his Assembly speech, Che Guevara was asked about the attack aimed at him. “The explosion has given the whole thing more flavour,” he joked, as he chomped on his Cuban cigar.

When he was told by a reporter that the New York City police had nabbed a woman, described as an anti-Castro Cuban exile, who had pulled out a hunting knife and jumped over the UN wall, intending to kill him, Che Guevara said: “It is better to be killed by a woman with a knife than by a man with a gun.”

Meanwhile, over the years, the United States has routinely led or co-sponsored scores of UN resolutions critical of human rights violations in Cuba and consistently voted against every single General Assembly resolution calling on Washington to lift the economic embargo on Havana imposed in 1960.

During an April 2000 summit meeting of the Group of 77, it was Secretary-General Kofi Annan’s turn to praise Castro, as he singled out Cuba as one of the few developing nations with “impressive” achievements in social development.

Annan said that Cuba’s achievements in health, education and literacy were all the more significant given the size of its domestic product per capita – and the suffering the country has undergone since the US-imposed economic embargo of July 1963.

As the UN’s Human Development Index (HDI) made clear, year after year, he said, “Cuba should be the envy of many other nations ostensibly far richer.” Annan pointed out that Cuba’s success does not alleviate the need for a global economic and political environment that is more conducive to the countries of the South.

“But it does demonstrate how much nations can do with the resources they have if they focus on the right priorities – health, education and literacy,” he added.

Last week, the National Network on Cuba (NNOC), along with its partner organizations, as well as academics, elected officials, labour leaders and Cuban Americans, called on US President Joe Biden’s administration to lift the embargo on Cuba. Since 1992, an overwhelming majority of UN member countries have continuously voted to end the embargo. During the most recent vote in 2019, 187 Member States demonstrated their support for the resolution to end the blockade, while only Brazil and Israel joined the US in voting “no”, according to NNOC.

“According to international law, the United States does not have the right, politically or morally, to dictate the actions of sovereign nations like Cuba, and those who wish to build relationships with Cuba.”

“Why is the United States government positioned above international law? The world stands with Cuba, and so should we. It’s time to end the US sanctions against Cuba,” said Gail Walker, Executive Director of the Interreligious Foundation for Community Organizations, the administering organization for US medical students studying at Cuba’s Latin American School of Medicine.

In its statement, NNOC said the embargo, known in Cuba as el bloqueo (the blockade), is the longest documented economic war in modern history.

“It has resulted in the Cuban people suffering food and medical shortages, issues which have been exacerbated since the start of the Covid-19 pandemic. In addition to Cubans suffering domestically from the United States’ embargo, millions of African, Latin American and Caribbean people, who rely on medical support from Cuba, also suffer from this inhumane policy,” said NNOC. (IDN-InDepthNews)