Critics don’t understand the nature of an innovative economy 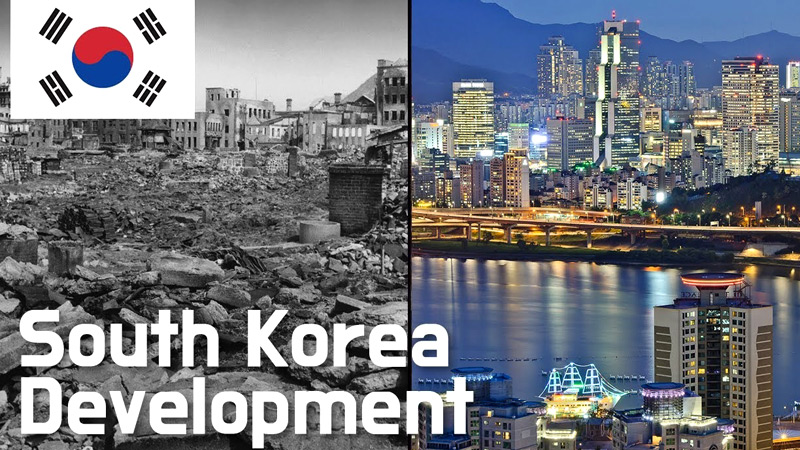 The country’s economy is probably at the most experimental stage in our remembered history, and that is incontrovertible. The Government’s detractors have already acknowledged that. Most economies that were experimental in nature came through and delivered in the end.

The President’s detractors have not left any room to argue the point that his is an innovation-based economy. On the organic fertilizer matter they have screamed enough and that makes it abundantly clear by their own admission that the President wants to innovate.

In South Korea, the late President Park, the architect of the Han River Miracle made agriculture a top priority even though the economic transformation in his country was identified obviously with industrial growth. But President Park wanted to bring the food import bill down too.

Sounds familiar? It does, because stepping up local production of fertilizer for instance aims at bringing down the importation costs.

However, all economies that experimented their way out of trouble had some traumatic experiences in the course of their growth trajectories. That was very much the case in South Korea. The repressive measures of the early days curtailed democracy, but the Korean people were not used to that, and wound up fomenting unrest. Those who say that we are undergoing a certain collective sense of frustration are probably unaware that early traumas are inevitable in experimental growth stages.

Maybe that is why serendipity accompanies our current experimentation with import substitution etc. It has been barely two weeks since two huge chunks of star sapphires were found in the country. When people dare, nature pays tribute? The current economic experiments are not laboratory tests. Neither were the Japanese or South Korean economic miracles for instance.

There was however, more than an element of calculated risk. In both Korea and Japan family owned businesses (called Zaibatsu in Japan and Chaebol in South Korea) were given State backing to produce merchandise for export. Imagine what the reaction to that would have been if the government announced a similar policy in Sri Lanka? There would have been banshee cries of nepotism and family-bandism (that is the local term for it.)

But the Chaebol experiment paid off in South Korea. The top five Chaebols taken together represent about half of South Korea’s stock market value, and Samsung for instance is one of the richest Chaebols. The family owned Samsung Group apparently is the second richest in Asia.

This columnist is not asking that the Chaebol experiment be replicated here. When I stated in an article last year that South Koreans stood in line to donate their family gold to the country’s exchequer when times were bad, there were some folk who took up a cry for Sri Lankans to do the same.

That’s ridiculous because it won’t happen. It did not happen just because some people took up the cry. The conditions must be rife in each country for certain transformative action to take place.

If South Korea experimented with Chaebol, the present Government is trying out many other methods — but the fact is they are trying, whereas the recent Yahapalana Government for instance attempted nothing. They may have tried the Google Loon experiment — a miserable failure — but it was at the behest of outsiders.

Experiments cannot be carried out to please others or be based on dogma — they have to be efforts at nation building that are based on sound economics. The Sirimavo Bandaranaike Government’s food production drive of the 70s for instance was a memorable failure. The only remembered outcome was that people suffered tremendously. Who knows, the policy czars of that time may have thought they were modeling themselves after the Koreans.

There was back to the land local agriculture — as Park Chung Hee had mandated in South Korea — and the so-called “encouragement” given to “Chaebols” such as the Dasa Group of Companies. But the ill-coordinated “grow more food” drive during those early 70s days under Mrs. Bandaranaike caused starvation, while the so-called helping hand of “support” extended to the Dasa Group was the grant of a monopoly. Even if we are to generously think that the late Premier’s policy mandarins got the idea right, it was obvious that they got the execution grotesquely wrong.

We cannot do a South Korea because we do not have the capacity for industry — electronic goods production etc. — that the South Koreans or the Japanese did. It goes without saying that we need to try our hand in different areas, and organic fertilizer is one experimental effort because it is surmised that organic produce for which there is a tremendous demand worldwide, can be exported.

One of the main transformations that may be registering these days is that there is a willingness to innovate. For example, the mandated school shutdowns could have led to oft tried and conventional recourse to methods such as scheduling drab lessons on television for a countrywide student audience.

The Government preferred online learning despite the fact that several challenges had to be met. The critics insist on seeing the negatives such as children climbing trees to “catch the internet signals”, but they miss the fact that an entire generation is becoming tech-savvy because of mandated online learning. The online teaching strategy also kept teachers occupied and gainfully employed in contrast to the TV solution that would have made popular TV presenters out of a few select teachers.

Online instruction made the teachers so gainfully employed that they eventually thought they could parley the considerable demand for them as online classroom staff into national strike action, which the teachers unions are indulging in now. How could idle teachers have struck work if they were not “working” due to online teaching, is a good question the smart aleck detractors never ask?

The current online teaching methodologies could plant the seeds of hi-tech innovation in the minds of a generation of kids who become interested in hi-tech and perhaps branch technologies such as Artificial Intelligence (AI), because of the basic grounding they get in online-tech these days from a very young age.

The upshot is that there is experimentation. The argument is that such experimentation may never be enough for us to be a South Korea or a Japan or a Singapore on the long run. Being a South Korea style dragon economy is — nobody should shy away from it — after all, the people’s aspiration. They want smooth functional transport that runs on time, and they want the country to be able to effortlessly afford such conveniences.

We may be a long way off from getting there but it is better that we are taking some chances — perceived risks even — rather than treading the beaten path, afraid to experiment with anything, and being gun-shy about developing innovative export products and commodities.

Nobody gave half a chance for South Korea under Park Chung Hee either, at least from outside, and the country was seen to be too corrupt and too regimented under President Park for redemption. But the miracle of the Han River happened nevertheless.

Closer to home too, there are experiments that paid off. The Maldives tourism experiment was one, even though at the moment it is a bad time for the travel industry worldwide. But even so there is a revival underway already in the Maldives tourism sector as Maldives island-hoppers just cannot wait to come back.

Our innovations have to reach that “critical mass stage” where they begin to make a real dent in the growth numbers, and it has not happened yet but the plus side is that we are trying gamely, particularly at a time the pandemic has caused some persons to write us off. But it would take some audacity to write off probably the most innovative country is South Asia — not counting the Maldives — at the moment.