COVID19 and Terrorism: the parallels 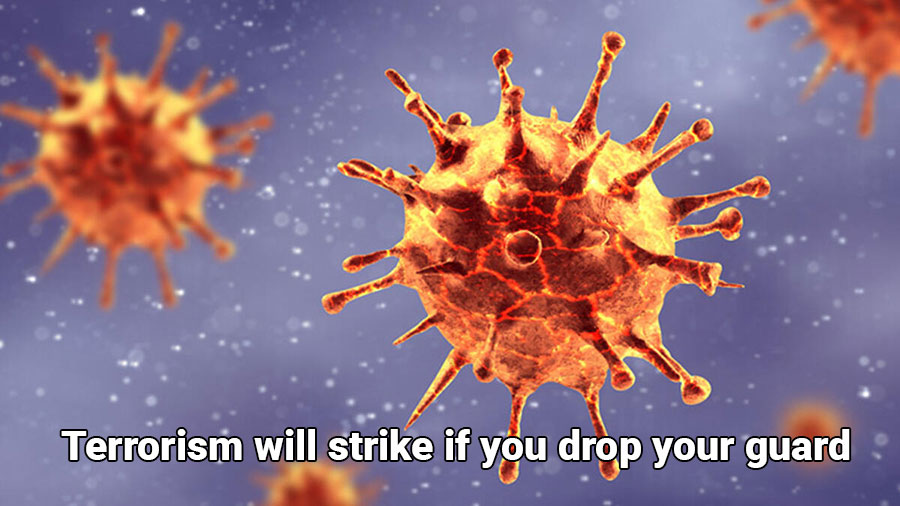 Initially, it was something that happened somewhere else to somebody else. Too far away to worry about. Then it made a visit and there was concern. Then one turned into two into many. It was close. Too close for comfort. The government moved. Restrictions were imposed. The people got wary. They took precautions. Mistakes were made. They were rectified and weren’t repeated. Tracking and tracing. Containment. Worked.

And yet, someone has contracted COVID19 and as we write we are yet to know how it happened. Somewhere, someone has dropped the guard. Lifted restrictions were re-imposed. There’s anxiety in the very least. People are wary. They are remembering the basics: wash hands, wear a mask, keep a distance, don’t take unnecessary risks.

It’s like Sri Lanka dealing with terrorism, at least in the post-2006 period of the conflict. Vigilance on the part of the citizenry, absolute determination, professionalism and sacrifice from the security forces and a political leadership that did not interfere with operations but took care of the borders, literally and metaphorically.

For all this, we did have the Easter Sunday attacks. There was complacency. There was a political leadership that was incompetent, confused and absolutely lacked will. The military was virtually handcuffed. A different virus did its work. Over three hundred perished. And we were back to Wariness Land. Checkpoints. Vigilance. Tracking and tracing. The works.

Terrorists and viruses like COVID19 won’t let us rest. We should not. We cannot afford to.