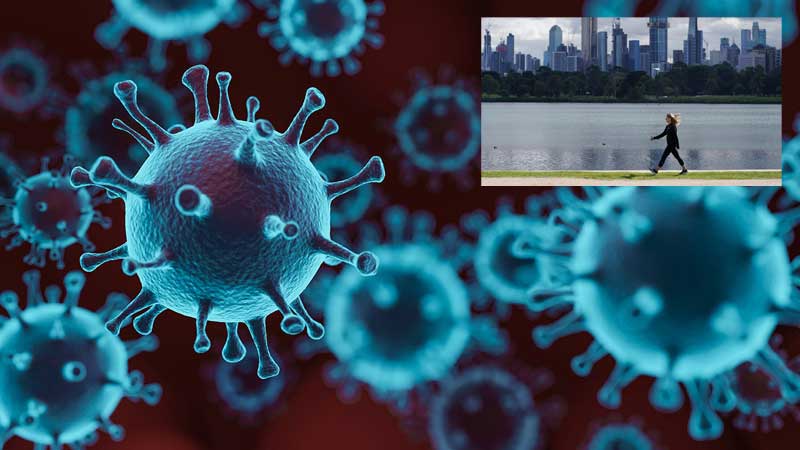 Industrialized developed societies rely on science and technology and follow a predictive model in running their nations. In this country, some experts are trying to predict the future for this society based on political science.

Both methodologies are flawed for the simple reason that science and predictive models are notoriously flawed at solving or helping solve human problems. In the current media discourse, various political factions and so-called apolitical actors are now debating the merits and demerits of using organic fertilizer. The use of chemical fertilizer is a classic example of how problems are approached in the industrialized West.

Their approach is to use hard ‘science’ to relate to a problem, and then when there are inevitable consequences which they anticipate, use hard science again to fix the unintended consequences. It is known in the West that excessive use or even moderate use of chemical fertilizers would have enormous consequences in terms of people’s health. The severe potential environmental consequences are also well known.

That is the way they are looking at the Covid crisis these days. The approach is that if it is a contagion, we have to fight it tooth and nail. This same zeal does not apply to eradicating heart disease or other Non-Communicable Diseases (NCDs). It is thought that those diseases happen, whereas Covid is avoidable, so everything should be done within our power to avoid Covid.

But with heart disease, it is the unhealthy lifestyles that most often cause the malady. Nothing is done about those lifestyle issues as there is the reliance on hard science – stents, bypass surgeries, etc. That level of ‘ego’ and over-reliance on technology is very much in evidence in the way the Covid pandemic is being fought today. There is a gung-ho approach that holds basically that we need to control the disease until there is no spread of the Coronavirus at all.

But there is no reliance on natural immunity. It is again the same principle in operation. We are big enough and smart enough to tackle this disease despite our unhealthy behaviours. Natural immunity is a funny idea, these pundits seem to say. Their mantra is – we have the solution for it – it is called the vaccine.

When the basic premise is the invincibility of man, Nature inevitably seems to have the last laugh. It is what seems to be happening now in most parts of the world. The more mankind tries to control the virus, the more the virus controls us. The invincibility assumption seems to be in tatters.

It is extremely encouraging that the Government is trying to move away from this gung-ho way of life in order to adapt to lifestyles that demand coexistence with, rather than dominance of, Nature. The organic fertilizer project is a step in the right direction. It is very hard for anybody to disagree with the principle. If there are any points of contention, it is about the detail, with regard to issues of implementation. How fast can we get rid of chemical fertilizers, and should we need a limited quantity of the latter at the beginning to supplement organic fertilizer?

On the Covid front, some Western medical practitioners seemed to be a little puzzled that Covid numbers are decreasing or stay static even though enough people had not been vaccinated. If the approach is for science to dominate Nature, maybe they thought there is not enough science involved.

So they cooked the numbers. President Gotabaya Rajapaksa has already said that the intelligence units were able to discover that the men in charge were reporting Covid numbers in a rather queer way.

This writer has stated previously that these numbers are not scary as they are made out to be. Here is an excerpt from a previous article by this writer: “…what is the greater good, when there is a more than 99 percent survival rate for those who contract this disease?”

That is the bottom line. Except for an unfortunate few, almost everybody else recovers from Covid, irrespective of whether they have been vaccinated or not. But it seems the physicians want to believe that they can only kill this disease with vaccine injections.

Until the jabs come, they seem to be keen on cooking the numbers. It is downright fraudulent, because their actions kill the economy and make life difficult for hundreds of thousands of people. They want to say that it is their medicines and their vaccines only that finished off the virus.

It stems from the previously stated mindset, which is that man and his discoveries are invincible, and that man lords it over Nature due to his brains. It is the most ridiculous attitude, because Nature constantly scoffs at this superiority complex.

The ‘Man is dominant” theory often does not cut, but so-called experts in science seem rather oblivious to this fact. They swear that unfortunate events such as the X-Press Pearl disaster would have repercussions that would destroy the sea for generations.

X-Press Pearl was an unfortunate incident, but Nature would come out on top eventually, much sooner than most experts claim. As far as the pandemic is concerned, it is an extension of this mindset of Man’s invincibility that aspects such as natural immunity have been scoffed at by those who claim they “know the science.”

The physicians claim that only lockdowns can solve the issue of Covid spread, and they do not, at least in this country, want to make provision for people to be let out for a few hours of exercise when they stay indoors.

It is sad that those who tout the science in particular in our country, are unable to prescribe two hours for exercise for people even during travel restrictions as they did in Melbourne for instance, when the latest lockdown there took place recently.

Our medical experts seem totally enamoured with the way only their “science” can help. Man, according to them, seems to have no agency whatsoever in keeping Covid at bay. He has to be controlled externally, with lockdowns, vaccinations, the works.

Eventually, basic economics which most of these scientists scoff at because it is not a “hard science”, take over. People are driven to desperation due to these closures that are recommended by the medical community in their notion that the schemes invented by men are the only salvation. Economics which is not a hard science does not have any antidotes for individuals that are undergoing economic hardship – there are no vaccines for that.

Through all this the doctors want to be given the licence to ply their trade. In other words, it is lockdown for everyone else, except themselves. However, people’s health-related conditions unrelated to Covid are exacerbated during lockdowns with lack of access to exercise, and in some cases, to basic treatments.

The physician never thinks of healing himself of this basic malady – his over-reliance on the science that does not work for man or for beast. The larger scientific community is even more gung-ho about science. Some of them do not want to admit that overdependence on chemical fertilizers causes kidney disease for instance. They are stumped when they cannot throw more science at everything and solve that problem.

They were clueless about what to do regarding the kidney disease epidemic in this country. But they march undaunted telling us that science and only science can be the answer to all our issues. As for the kidney disease failure – as in all their failures, they pretended that it never happened.