Covid-19 surge as an opportunity to re-calibrate 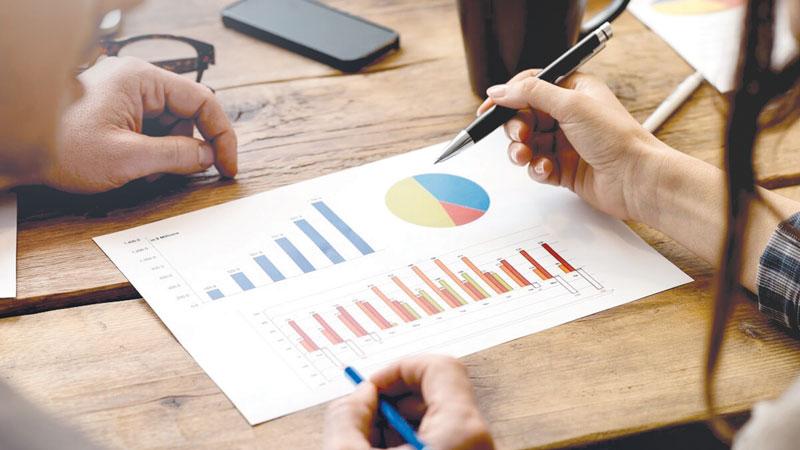 Lockdown. Isolation. Quarantine. Wave. Social. Spread. Cluster. These are not new words. They are however words that have acquired fresh currency courtesy Covid-19. And, as often happens, when used frequently, they lost meaning or rather they are treated with (cultivated) nonchalance.

That’s as far as the general public is concerned. Meaning, all those who are not directly involved in designing policies and developing strategies to prevent or curb the spread of the virus, enforcing safety protocols and of course treating the infected. Yes, from Day One we were told that every single citizen has a responsibility. Indeed such communications were relayed not just through state media but private media institutions, social media and through innumerable notices. We saw them all. We heard them all. We continued to see and hear. We still do. Therefore, if there’s virtue in soul-searching then that’s a national exercise which neither government, opposition, institution (private, public or cooperative) nor individual can brush aside saying ‘not my/our business.’ We can ask, ‘where did we go wrong?’ We can ask ‘where did they (say, the government) go wrong?’ We can also ask, ‘where did I go wrong?’ The yet-to-be-infected or say the non-infected can say/think ‘well, I must have done something right,’ but then again if such an individual violated the basic safety measure of avoiding crowded places he/she would have unknowingly contributed to increasing people-density in certain places (say a shopping complex, a supermarket, a party or religious gathering). You add yourself and you make it that much harder to maintain social distance protocols. That’s one way of playing the blame game. There’s another. You turn your binoculars on the government. It’s fair enough. It’s the state authorities that have to design policy and enforce rules. So we can ask a lot of questions.Did they become paranoid too soon (March to June, 2020)? Did they become complacent thereafter? Didn’t they anticipate a second and third wave? Were they foolhardy in opening the country to tourists? Did they go overboard or were too indulgent with the so-called magic remedies? Have they done enough in terms of preparing for the unforeseen? Was testing done in a systematic way? Did they select and procure the correct complement of vaccines and in adequate quantities? Were they administered prudently? Were preparations for a surge in infections adequate? Then there are questions that are not asked or are not shouted out. Is there some kind of fail safe formula to balance containment with the need to keep the economy moving? Can Sri Lanka afford an extended or comprehensive lockdown? What would you/I say if for instance such measures were put in place? Would we then whine about the economy grinding to a halt? Would you/I keep our mouths shut if businesses large and small were forced to shut down or lay off employees? Would you/I not lament the plight of the poor(er) employees?

Have we studied adequately the political economy of pharmaceuticals, including vaccines (procurement of raw materials, production and distribution)? If someone told me/you that the USA used its Defense Production Act to ban exports of the materials needed to make vaccines to India, resulting in a 50% drop in production, would I/you believe it and conclude that vaccination is not free of politics, free of the profit-motive?It’s all about how easy we want to make it for ourselves, isn’t it? It has something to do with political preference hasn’t it? In the early days of the pandemic there was fear and foreboding. Even paranoia. Things got better and people were less paranoid. The recent surge in infections has produced a hike in worry. People are frustrated. They need someone to target. Anyone. Anyone but themselves. They want everyone (else) to do their bit and the government to do much more than it can hope to, but many are reluctant to do their bit. It’s easy to vent and ‘someone else’ is always a better target. We are not rich in self-reflection. We are poor when it comes to responsibility. In the early days there was a sense of siege. Fear made people think of coping mechanisms at all levels. Maybe we will return to all that. Maybe the government will figure out a way to allocate resources prudently and design better balancing systems (of pandemic response and an acceptable/reasonable level of basic economic and social activity).Speculation, however, can only help so much. It is clear that a concerted effort by one and all would help. Criticism has a role to play in all this. If it is constructive. If it is motivated by decent intention. For example, a year ago, an opposition in disarray ranted and raved about ‘risks’ when elections were to be held. When the second wave hit us a couple of months later, some people got into we-told-you-so gloating mode. Obviously they knew very little about the behavior of the virus and cared even less. What does tomorrow hold? Can anyone answer? What should be done? What should not be done? Talk to 10 people. Make that eight persons who have an axe to grind about this government. They won’t speak ‘in one voice’. Talk to ten ‘experts’. Same effect, I would wager. Everyone is a self-appointed epidemiologist these days. Everyone is an expert on balancing pandemic-mitigation and managing the economy. Everyone is more or less in the dark and if you doubt this, check out the various measures put in place by various governments and how these strategies have been amended over the past 18 months or so. There’s a lot that a lot of people can do. There are some basic things that an individual can do. Perhaps it might be useful to go back to one of the rules-of-thumb that did the rounds in the early days of the pandemic: assume that you are infected (rather than assuming someone else is infected). Assume also, if you like, that the virus is in your face, so to speak. That might bring those who prefer to loaf in ethereal regions back to earth.

It’s about doing what we can. It’s about doing no harm. Dialing down anger. Being kind. Restrictions of any kind provide one thing: the space for sober reflection. Not a bad thing. It could even be seen as a blessing, an opportunity to re-calibrate a lot of things, not just the response to the virus.

[Malinda Seneviratne is the Director/CEO of the Hector Kobbekaduwa Agrarian Research and Training Institute. These are his personal views]